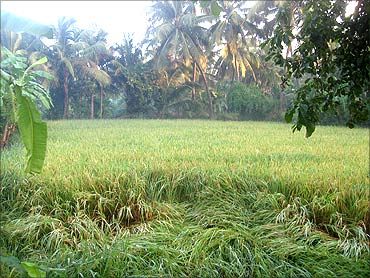 Earlier this week, a bill to amend the Right to Fair Compensation and Transparency in Land Acquisition, Rehabilitation and Resettlement Act, 2013 (LARR Act, 2013) was introduced in Parliament. This bill replaces an ordinance which was promulgated in December 2014.

A brief overview of land acquisition laws in the country, and the changes this bill makes to the LARR Act, 2013 are provided below.

What is land acquisition?

Land acquisition is the forcible take-over of privately owned land by the government. This is not the same as purchase of land, in which case the land owner does not have a compulsion to part with the land.

Currently, land may be acquired by the central or state government for government projects, public-private partnership projects, and private projects which serve a ‘public purpose’. Public purpose includes defence, national security, infrastructure (such as roads, airports, water supply pipelines, etc), housing the poor, among others.

Social Impact Assessment: Unlike the 1894 Act, the LARR Act, 2013 mandates that a Social Impact Assessment is conducted for all projects, except those exempted through the urgency provision. An SIA is meant to determine whether the project serves a public purpose, and what the social impact of the acquisition of land could be on affected families.

What are the major changes the bill makes to the LARR Act, 2013?

The opponents of the bill argue that most items defined as public purpose (that is, for which land can be compulsorily acquired) fall within these five exempted categories.

Return of unutilised land: The LARR Act, 2013 required that land which was acquired and remained unused for five years be returned. The bill changes this to the later of the following; five years, or any period specified at the time of setting up the project. This is meant to address projects which may take more than five years.

Acquisition of land for ‘private entities’: The LARR Act, 2013 was applicable when land was acquired for private companies for projects with a public purpose. The bill replaces ‘private company’ with ‘private entity’. A private entity is defined as an entity other than a government entity, and can include a proprietorship, partnership, company, corporation, non-profit organisation, or other entity. This will enable, for instance, acquisition for a private educational trust.

Offences by government: The LARR Act, 2013 stated that if an offence is committed by the government, the head of the department would be deemed guilty unless he could show that the offence was committed without his knowledge, or that he had exercised due diligence to prevent the commission of the offence. The bill removes this provision. It inserts a new provision which states that if an offence is committed by a government official, he cannot be prosecuted without the prior sanction of the government.

Joyita Ghose is an analyst at PRS Legislative Research.