Shailajanand Mishra lists the The Hottest Videos of the Week! Take a look. This woman forest guard had more than enough reason to thank the gods after a spell of rain drenched the Similipal National Park.

A wildfire that had raged in the national park for the last two weeks was doused because of the rainfall and hailstorm.

No wonder she was dancing so joyfully!

How the armed forces saved a pregnant woman in Kashmir

She was pregnant and needed help to reach the hospital.

Indian Army troops pitched in and carried her on their shoulders for five kilometres on snow-filled roads in Lolab.

They safely brought her to a car which then took her to the hospital.

A school girl refused to be cowed down by a boy who use to eve-tease her and thrashed him.

She then filed a complaint against him.

Meerut Additional Superintendent of Police (city) Vineet Bhatnagar said the boy has been brought to the police station and necessary action is being taken.

Bollywood was out and about on Sunday.

Shraddha Kapoor was spotted post her shoot at Film City. She will be next seen in the movie, Naagin.

Sara Ali Khan, meanwhile, is concentrating on fitness. Shutterbugs snapped her outside a gym at Santa Cruz, western Mumbai. Sara will next appear onscreen in Atrangi Re. The film also stars Akshay Kumar and Dhanush.

TV queen Hina Khan was spotted at Mumbai airport. She looked dazzling in a red dress.

A farmer in Odisha's Mayurbhanj used his spare time during the lockdown to build a four-wheeled electric vehicle.

Sushil Agarwal learnt how to build his car by watching YouTube videos.

It can run for 300 km after full charge.

When Babaji Kamble was captured on camera grooving to a Marathi lavani song -- lavani is a traditional Marathi folk dance -- little did he image it would change his life.

Kamble, who drives an auto in Baramati -- a city otherwise associated with Sharad Pawar and sugarcane -- says, "I was waiting for my turn at the CNG station when my friends asked me to dance.

"So I did. And the video became viral.

An elderly couple in Aligarh has made a brass and iron lock weighing over 300 kg.

It took them over one year.

The couple claim it is the world's biggest lock. Its length is 6.2 feet and width is 2 feet 9.5 inches.

They have spent over Rs 1 lakh on it so far and dream of making an impressive lock for Ayodhya's Ram Mandir.

The Purnagiri Janshatabdi Express -- which was travelling from Delhi to Tanakpur -- rolled back for almost 35 kilometres before it was stopped at Udham Singh Nagar's Khatima station.

According to officials, the incident happened after the driver lost control of the train as he tried to stop it from hitting an animal hear Tanakpur. 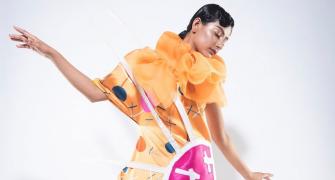 Ready for some Space-Age Fashion? 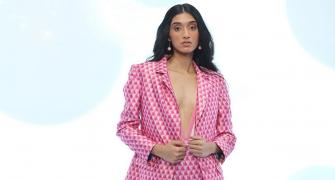 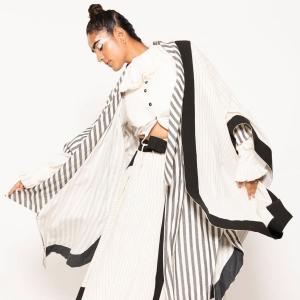 Why these could be the season's HOTTEST styles!