Irrespective of the results of the UP assembly election, a senior Congress leader tells Sheela Bhatt that Rahul Gandhi has established himself as a leader to reckon with.

"Seats aye na aye, leader to establish ho gaya (whether we get the seats or not, the leader has been established)," a senior Congress leader told Rediff.com, while commenting on the real gains of the gigantic win-Uttar Pradesh-exercise conducted by party General Secretary Rahul Gandhi in the last three years.

Many experts in New Delhi and Lucknow have started commenting that the Congress's prospects in the fiercely-fought battle for power in Lucknow will be disproportionate to its efforts.

Although the Congress has left no stone unturned to push Rahul Gandhi's stature and in turn raised the stakes, the party may not get as many seats as expected.

While explaining the low expectations on March 6 (the day votes will be counted), the Congress leader, who was a part of the team that looked after Uttar Pradesh, said, "The power to govern is like a seasonal crop. The crop could fail or succeed, but we can't surrender the farmland ("Sarkar nasal hoti hai. Nasal aaye na aye khet haath se jaane nahin dete").

"Even if we don't form the government," he added, "we will not run away. We can't afford to leave Uttar Pradesh."

Analysing the voting patterns observed by the Congress in the seven-phase UP election, he said, "Our estimate is that the Brahmins of UP have returned to the Congress fold in big numbers. We have also got the floating votes, also known as the popular votes, due to Rahul Gandhi's hard work. I agree with the view that Muslims have been divided between the Samajwadi Party and the Congress."

When asked repeatedly why there is a perception that Rahul Gandhi's strategy doesn't seem to have succeeded, he said, "That is not correct. Rahul set the agenda for the UP election. It was Rahul who was conceived by the voters as the challenger."

"The SP, BSP (Bahujan Samaj Party) and BJP (Bharatiya Janata Party) were pitted against Rahul Gandhi. Rahul was on one side and all the other parties were on other side. It is Rahul and Rahul only who initiated the agenda for development of UP."

"Har chunav main paksh or vipaksh hota hai (In every election there is an incumbent and an Opposition). The Congress party emerged as the vipkash who forcefully challenged Mayawati's government. The election is won by the Opposition party who takes home the anti-incumbency votes. We would like to believe that the additional voting in this election was due to our challenge to the government in Lucknow," the Congress leader said.

Asked about his expectation of the election result, he said, "I would say the Congress wants to see an increase in its vote-share. We don't know if the increase will start from our vote level of 2007 when we got little more than 8 percent of the votes polled or we will get an increase from the 2009 level when we increased our share dramatically to around 18 percent."

How will the Congress plan its strategy for the next general election if it does not win an honourable number of seats? "By 2014," he said, "we believe the Brahmin votes will consolidate behind the Congress in Uttar Pradesh!" 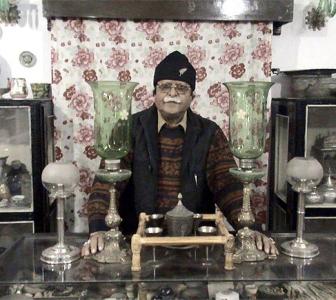 'Mayawati has become a terror and a dictator' 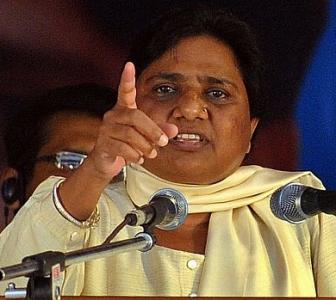 'India's growth will be determined by UP and Bihar' 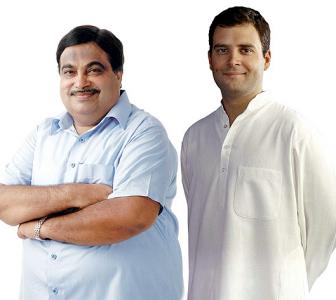 'Priyanka's magic has not worked this time in Amethi'