News
Business
Movies
Sports
Cricket
Get Ahead
Money Tips
Shopping
Sign in  |  Create a Rediffmail account
Rediff.com  » News » 'It is a bold decision and the ends of justice had to be met'

'Where is the question of not hanging Afzal Guru when the case was an open and shut one,' former R&AW chief C D Sahay tells Rediff.com's Vicky Nanjappa.

"The evidence that led to Afzal Guru's conviction did not leave any doubt in any of our minds that he was guilty of the December 13, 2001 Parliament attack," says C D Sahay, former head of Research and Analysis Wing, India's external intelligence agency.

"The entire case was backed with proper evidence," Sahay added, "and there was enough and more intelligence to show that Afzal Guru was involved in the attack. It was an open and shut case from day one."

"It was no ordinary attack. The seat of power -- our Parliament -- had been attacked. It was a classic example of waging war against a State and the judiciary rightly determined the same while hearing the matter. It was clearly not a one man action. It was planned well and they had hit at the heart of our democracy."

"I would consider this to be a more serious crime than the 26/11 attacks," Sahay told Rediff.com

"I am not trying to suggest that the 26/11 attacks were a small incident, but in the Parliament attack they aimed to hit at our democratic system."

"The Parliament attack case was a wake-up call. I feel that our government should have started taking measures like they did after 26/11 then itself."

"I know that there were large-scale protests against his hanging. Where is the question of not hanging Afzal Guru when the case was an open and shut one?" Sahay asked.

"I fail to understand why there were so many political considerations in this case. There are bound to be backlashes on communal grounds, but then the government has to deal with all this. Those waging war against us cannot be let off on such grounds. I am glad that the execution was carried out finally. It is a bold decision and the ends of justice had to be met."

"I do agree that there will be trouble in the Kashmir valley," Sahay conceded. "But then it is for the government to deal with the same. These backlashes do not happen for the love of one person. These are organised by those who look for any opportunity to strike at our motherland and the government should be strong enough to handle the situation in a proper manner." 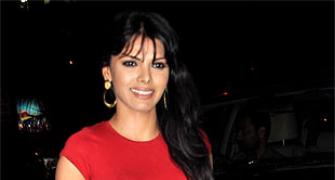 ANALYSIS: In Delhi, the first round goes to Narendra Modi
Time to address D for disruptions in Parliament: Pranab 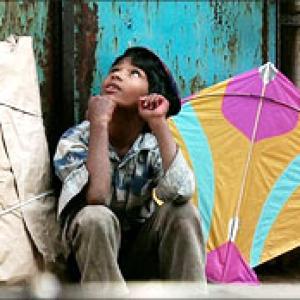