'It will be normal, regular, everyday politics whether you like it or not.'
That's what this country needs,' a New Yorker tells Payal Singh Mohanka. 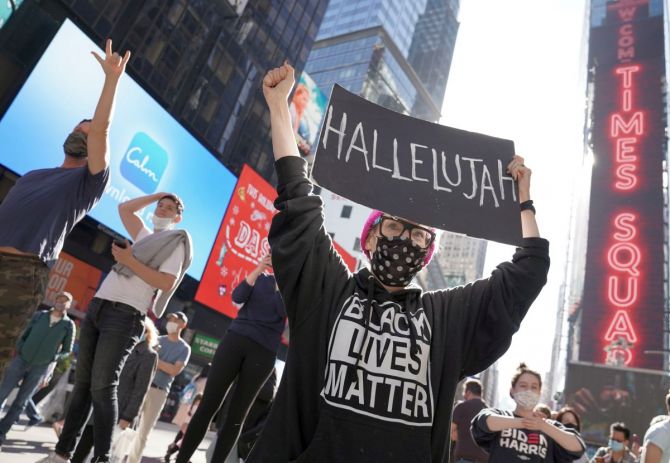 It's a rare moment when the ear-shattering cacophony of an endless stream of honking cars is sheer music to the ears of New Yorkers. The decibel levels reach the 42nd floor and resound through the apartment as I peer out to watch a city celebrate its new President-elect Joseph R Biden.

'Too close to call' ... the words that reverberated for almost four suspense-filled days as the nail-biting 2020 US presidential election thriller unfurled.

Even though a visitor here, I was totally gripped by the high-voltage political drama and found myself sitting up till the wee hours of the morning watching the coverage on television as the deeply divided people of what they believed was the 'greatest nation on earth' watched their fate being decided.

President Donald Trump, true to style, had left the world speechless as he came on air in the middle of the night a few hours after voting ended to claim victory. A victory that seemed to have tenuous links with reality.

In sharp contrast to Trump's petulant, churlish, stance that his opponents were trying to steal his votes was Joe Biden's measured restraint, urging the nation to exercise patience and let the democratic process play out.

Even as a second term at the White &House seemed to be receding into the distance, Trump clung on to the Red mirage and was not ready to concede defeat.

Adhering to his promise of not allowing a smooth transition, Trump has threatened legal action. He would not allow 'these shenanigans' he thundered. His allegation of fraud have not been substantiated with real evidence.

To say he was graceless in defeat would be an understatement. More than his detractors, it is Trump who does himself the most damage. 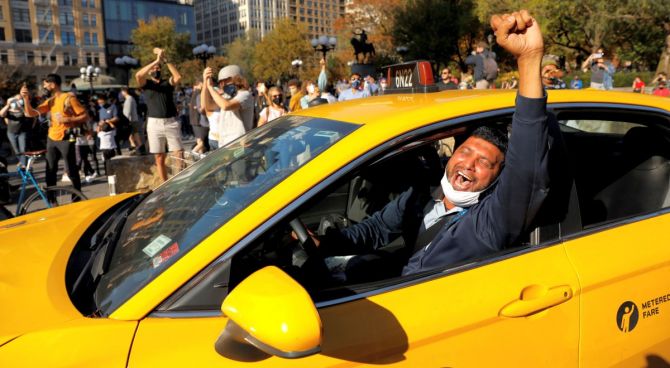 "Trump has wreaked havoc on this country. He has sown discord and created so much polarisation among the American people," says a student at University of Michigan, where he sees a different climate from liberal California which is home to him.

What about expectations from Biden? "He is very moderate. I don't expect him to do anything notable in the next four years, but I know he isn't going to do anything crazy either. It's just four years without Trump that I am truly happy about."

His words are echoed by Trevor Morris, a 43-year old New Yorker. "Biden will play it safe. It will be normal, regular, everyday politics whether you like it or not. That's what this country needs. They don't need somebody going extreme right with racist rants."

"He is not normal. He is delusional. You can't have him as a leader."

Yet in an unprecedented voter turnout, Trump did receive 70 million votes, while Biden got 74 million.

Trevor, who is African American and Latino, has been closely watching Trump's career.

"I grew up in New York. I know the practices his family used with real estate. They wouldn't let Latinos and Blacks rent in their buildings. My mother had to lie and say she was Israeli so she could get an interview to get an apartment in one of the buildings they developed!"

"Trump says he has done the most for African American people.Really? Where? How?"

"He is a great salesman who has wooed people in rural areas. He reminds me of the snake oil salesmen in the 1800s. They would go from town to town and sell fake elixirs and potions to unsuspecting people. They never got cured. They dropped dead. Similarly," says Trevor, "Trump could pitch anything and people would buy it." 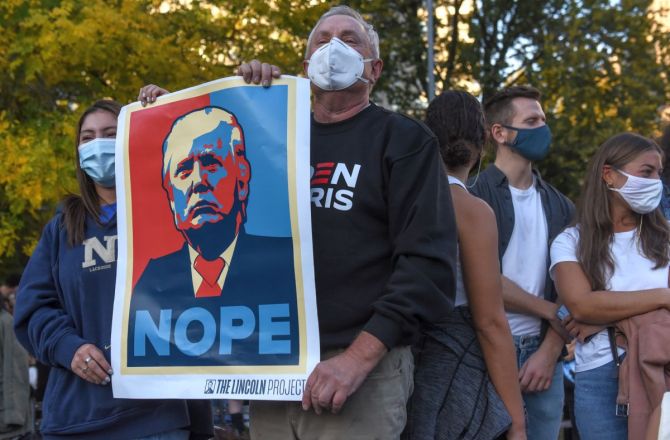 The show is now over. The spotlight now shifts to a new act with President Biden and the country's first woman Vice President Kamala Harris.

While ecstatic sounds of victory rent the New York air, there are serious apprehensions about how Trump will handle this defeat.

Will there be more drama ahead? Recounting? Legal action? Or will better sense prevail?

As the roller coaster ride finally draws to a close and a bruised, fractured, nation waits for a much-needed healing touch from its incoming President, a relieved American watches the unbridled cheering on the streets and as Trevor sums it up, "This nation deserves humanity."