'It was not surprising that joining the armed forces was one of the priority professions that the students strived for. Probably, the training in school helped adjusting to the regimentalised life of the fauj.' 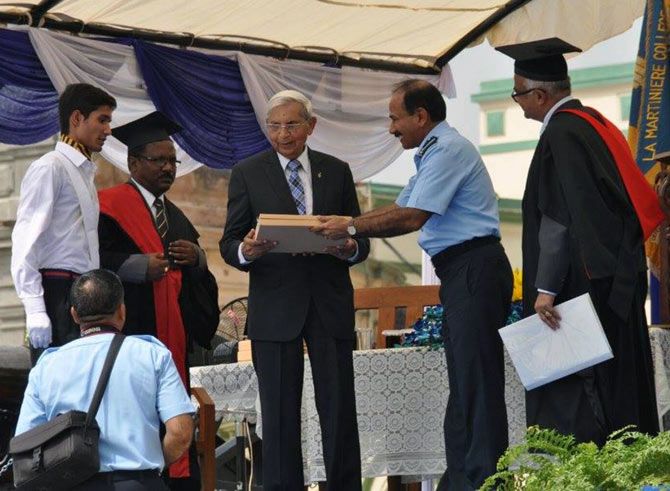 Sitting in another part of the world, looking at my alma mater's Facebook page, I felt myself swell up with pride.

It feels great when, as an Indian, the nation honours its soldiers. But you are overwhelmed when your own school honours soldiers who had once studied in those classrooms and played on those very grounds.

A few days ago, my alma mater, La Martiniere College, Lucknow, did just that. Seeing the photographs and posts on FB, my mind was flooded with memories -- fresh as ever -- even though I completed school 22 years ago.

The frantic polishing of boots that had metal horseshoe like plates under the heel. Brasso being applied to the brass buckles of the belt and the insignias that went on the collar of the uniform shirt.

An informal competition of sorts amongst the boys to see whose boots, belt and uniform turned out to be the best. Then a quick inspection by the seniors just to ensure that there were no shortcomings. This was not a scene from a military academy, but just a normal Friday night for the resident students of La Martiniere College, as they got their uniform and kit ready for the NCC practice the following morning.

NCC enrollment was compulsory from Class 9 onwards and you had the choice for opting for the Army, Air or Naval wing. Every Saturday there was a parade practice which was conducted not just by the teachers in charge but by instructors who came from the army cantonment.

The practice was tough and even a slight wrong turn or an awkward step meant a punishment drill in those heavy boots.

The parade and the discipline was not just restricted to the Saturday morning NCC drill. It was an integral part of the daily routine of resident students.

We had to fall in line each time the bell rang for meals, roll call or study sessions. The squads were assembled as per their respective Houses, brought to attention and marched everywhere. 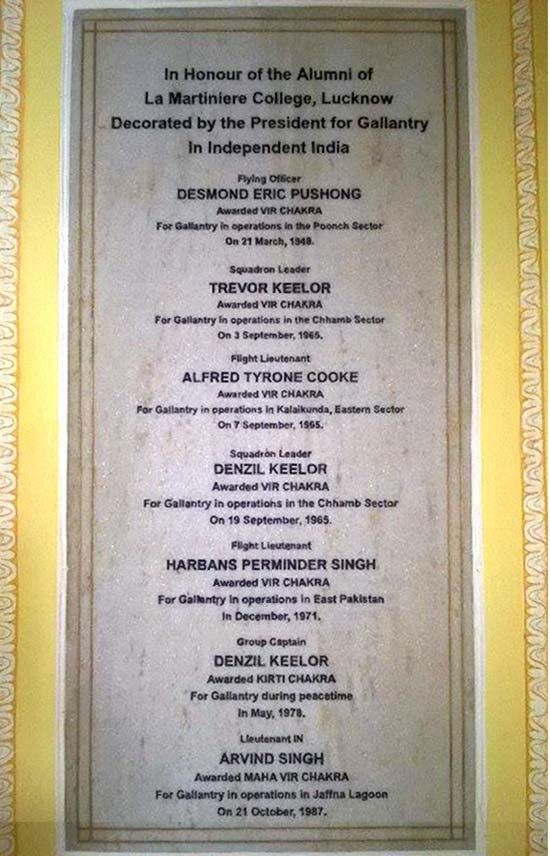 Yes, we did not walk, but marched everywhere (arms swinging to shoulder height) -- be it for meals at the dining hall or for study sessions at the Spence Hall.

The prefects who doubled up as commanders of the squad were even less tolerant than the NCC ustad. Most of the punishments we received, were for the halt being out of step. It always had to be in unison.

Thus it was not surprising that joining the armed forces was one of the priority professions that the students strived for. Probably, the training in school helped adjusting to the regimentalised life of the fauj. 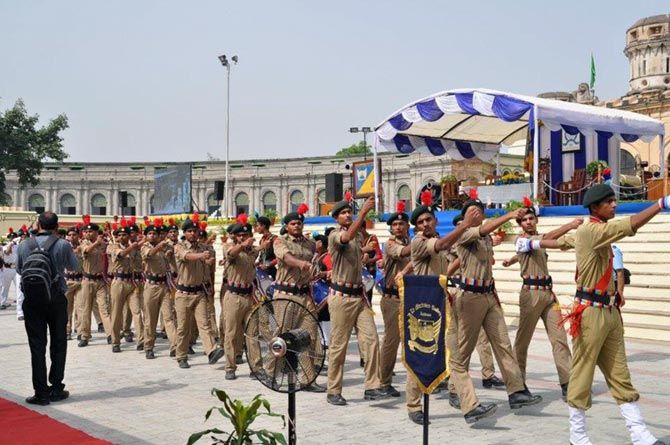 La Martiniere College Lucknow, was home to me for 10 years from 1983 to 1993. It was and continues to be a rugged quarry which has moulded and polished the lives of thousands of boys like me for almost 200 years.

There have been many war heroes who have been the alumni of the school but the most famous amongst them during our time were the Keelor brothers, Trevor and Denzil.

The heroes of the 1965 war, both of whom shot down the more advanced Pakistani Sabre jets and were both awarded the Vir Chakra for their bravery.

On the 50th anniversary of the 1965 Indo-Pak war, La Marts honoured war veterans who had received the country's top military honours. Veterans who were incidentally, also old boys of the school.

The felicitation ceremony was attended by other serving and retired officers from the armed forces along with the families of the veterans being honoured.

Flight Lieutenant Cooke, who had traveled from Australia for the ceremony, echoed the thoughts of a multitude when he thanked the alma mater, for making men out of boys. 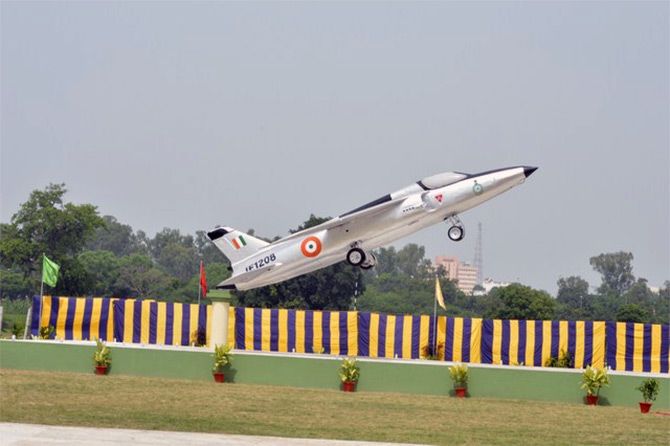 IMAGE: A Gnat aircraft flown in the 1965 War has been placed in the school's memorial park. Photograph: Kind courtesy, La Martiniere College.

A memorial park was also inaugurated on the La Martiniere estate, where one of the football fields used to be. The prime exhibit being an original Gnat aircraft.

Air Marshal Denzil Keelor (retd) proudly addressing the present students, said: "It's not a model or a showpiece, it's a real aircraft. Even though now it has retired and has come to rest in the memorial park here in La Martiniere, it has a story to tell."

"When you go and stand next to it, don't think of it as a piece of junk, but it has a long story to tell and it is here to inspire." 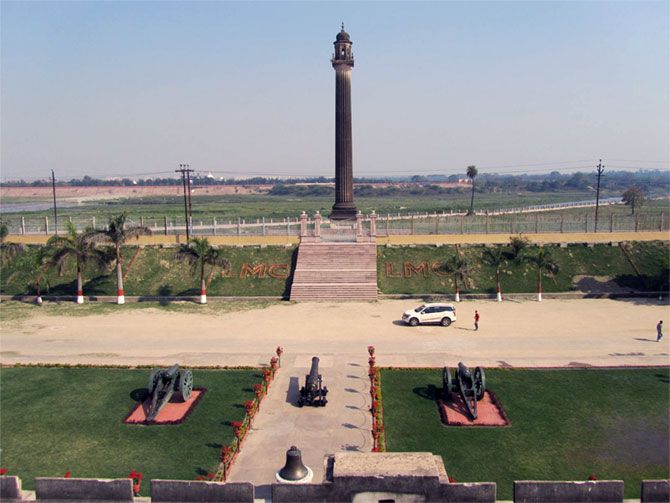 I may not be a man of the uniform, but my school has taught me to respect the uniform.

Along with all Martinians past and present, I join my old school in their thoughtful and most reverent gesture of honouring all the soldiers in uniform and especially the ones that are our own.