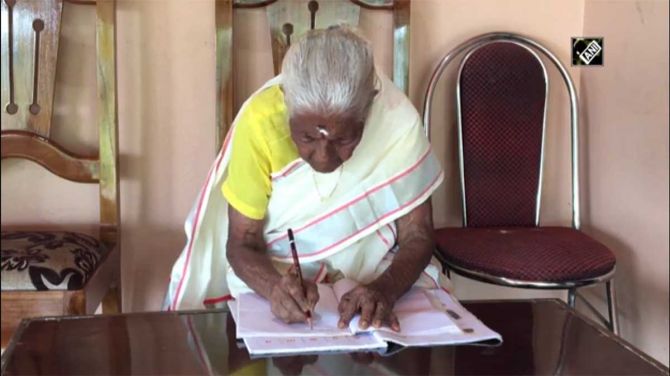 This baby elephant is called Puneeth

It could be love, respect and honour.

When Karnataka's favourite actor Puneeth Rajkumar passed away suddently on October 29, the state and his fans were shocked.

In tribute, the Shivamogga Wildlife Division named a two-year-old baby elephant after him in honour of the late actor's valuable contribution to the forest department.

They were also grateful to Puneeth for visiting the Sakrebailu Elephant Camp in early October to shoot a wildlife documentary.

She has never gone to school.

But she wants to be educated.

And age, Kerala's 104-year-old Kuttiyamma decided, would not be a barrier.

After attending literacy classes at home, she scored 89 marks out of 100 in the state education exam.

This qualifies her to write the Class 4 exam.

When you hear of Pulwama, what comes to mind?

Yes, that dastardly event does.

But there is something beautiful as well for which Pulwama is known.

Its Pampore area turns purple in October and November as saffron flowers bloom in field after field.

It's one of the most terrifying sights one can behold.

And it's been captured on camera. A recent avalanche racing down a snow-capped mountain in Nepal has gone viral on social media.

The video shows a plume of snow interrupting the serene view in Mustang district.

Several shrieks can be heard in the background and people are seen running for cover as the hurtling white snow enveloped the area.

The avalanche, which continued for 30 minutes, rolled over a school.

What are IAF planes doing on an expressway?

What would you expect to see on an expressway?

Definitely not planes, right? And fighter planes at that.

But that's just what happened when Indian Air Force jets performed a mega airshow on a 3.2 kilometre airstrip constructed on the expressway in Sultanpur district.

The airstrip will enable landing and take-off of IAF fighter planes in case of an emergency.

A Sukhoi, a Mirage and other aircraft showcased their ability to use the expressway.

It's celebration time at the Sakkarbaug Zoological Park.

A lioness there gave birth to five cubs and the forest department employees are keeping a close watch.

They are ensuring that the cubs are provided with the required dosage of vitamins and minerals.

Mumbai has a pod hotel!

They are convenient and a perfect, relatively inexpensive, option for crowded cities.

And now, Mumbai has its own pod concept retiring rooms.

Introduced by the Indian Railway Catering and Tourism Corporation, the hotel is located on the first floor at the Mumbai Central railway station.

Once, it used be a water park.

The flower park in Nashik is spread over approximately nine acres of land and has over with over 43 varieties of plants.

Its main attractions include birds, animals and doll-shaped plant sculptures.

The park will be open to visitors from November to March. 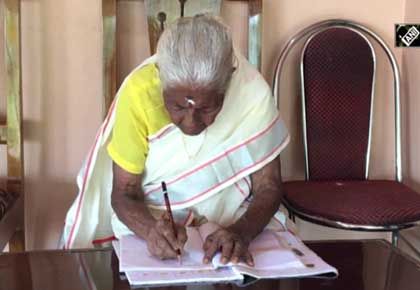