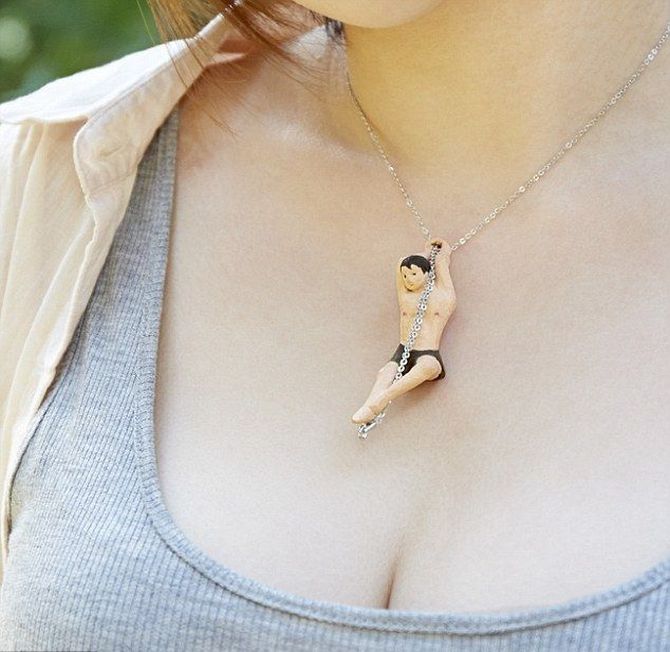 Here’s a fresh collection of the truly weird, true and funny news from around the world.

A designer has launched a line of cheeky jewellery for women with ample assets. In an attempt to inject some humour into the way jewels adorn the body, the line of necklaces depict tiny figurines enthusiastically ‘diving’ into the wearer’s cleavage.

While a diver model appears to be free falling at will, others seem to be carefully lowering themselves down a rope while others climb down the chest. All appear to be male. Dubbed Tanama Divers, the collection is the brainchild of Japanese designer Takayuki Fukusawa, head of EkoD Works (of Error Code Works).

Kazakh teen volleyball player slammed by critics for being 'too beautiful' 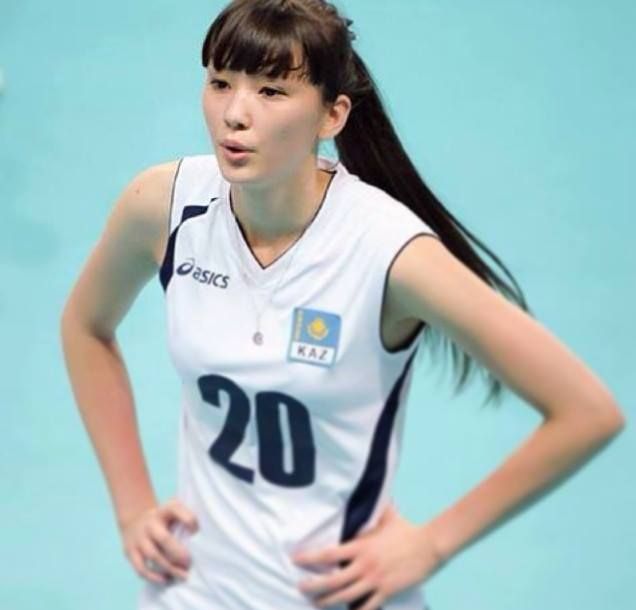 A teenage volleyball player from Kazakhstan has come under scrutiny for being so beautiful that she has become a distraction for the game. Critics have been complaining that 17-year-old Sabina Altynbekova has been mesmerizing audiences to such an extent that they feel there are no other players, except her. Even the athlete’s own coach says his team was increasingly becoming only about one player, as far as the fans are concerned. “It is impossible to work like this,” Nurlan Sadikov, the coach said. “The crowd behaves like there is only one player at the championship.” Altynbekova recently turned up in the Taiwanese capital Taipei to compete for her country in the Asian Under-19 Championships. Could this be the end of the traditional handshake? Scientists have discovered that bumping fists is a far healthier greeting.

Academics at AberystwthUniversity in west Wales carried out a series of tests on hand hygiene. Using rubber gloves and a thick layer of the potentially deadly bacteria Ecoli, scientists exchanged handshakes, high fives and fist bumps before working out which greeting gesture was the cleanest. 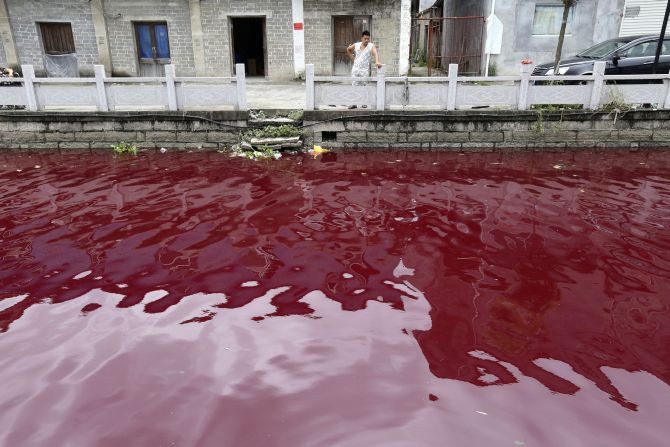 A city woke up to find its river running blood red... and no-one knows why.

Locals say that initially the water flow was normal but later it had turned a frightening shade of crimson. An elderly resident who has lived by the river all his life says it has never happened before. Industrial contamination has been ruled out because there are no chemical plants along it length. Now environment protection officials in the Chinese city of Wenzhou are taking water samples to find out what is going on. 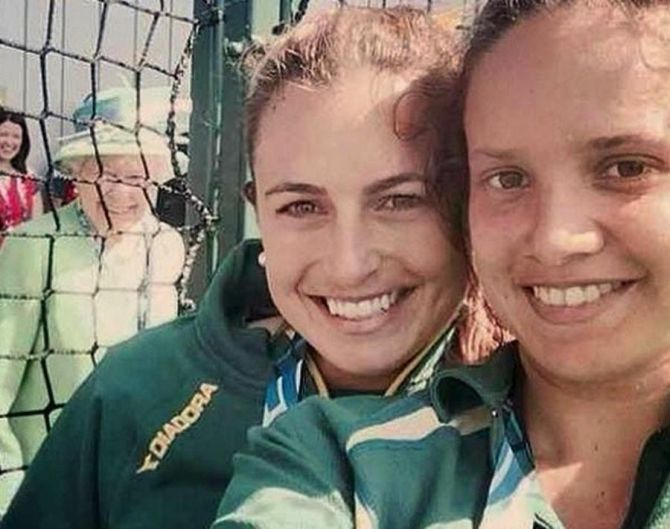 An Australian hockey star was left awestruck when the Queen photobombed her selfie. Hockey player Jade Taylor was taking a snap with a team mate at the Commonwealth Games in Glasgow when Her Royal Highness walked into the shot. Her majesty was seen smiling at the camera as Jade and her pal posed. The picture was posted to Instagram where Jade commented: “Ahhhhh the Queen photo-bombed our selfie!” The pal responded: “Awesome photobomb by her Majesty, straight up legend!” A Chinese restaurant has been slammed after hiring teenage girls to walk live crabs on leads to drum up trade. Animal rights activists criticised the Pirate King restaurant in China for the stunt which they said was cruel. The restaurant hired girls to walk crabs outside to promote the eatery's seafood range.

Furniture designed to look and feel like human skin 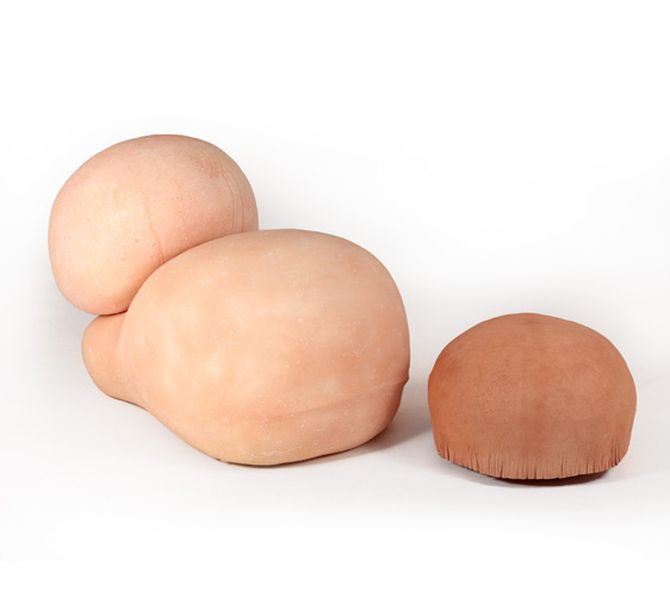 You should always love the skin you’re in. And now, you can love the skin you’re sitting in. UK artist Gigi Barker has created a line of furniture made to look, feel and smell like human skin. There is a chair meant to mimic a squishy roll of fat and footstools that resemble deformed testes. The furniture has been infused with human pheromones and aftershave. Why is the sky blue? Are we there yet? Kids like to ask questions. But childlike inquisition can apparently get you banned from a doughnut shop.

A mom claims she and her 4-year-old son were kicked out of the Doughnut Inn in Monroe, Conneticut, because he asked another customer if she was eating for two. “I asked her if she was pregnant,” said the boy, Justin Otero. The answer was “no.” Justin apologised, and the customer took no offense. But the next time Rebecca Denham and Justin walked in, a manager promptly said their business was no longer welcome. 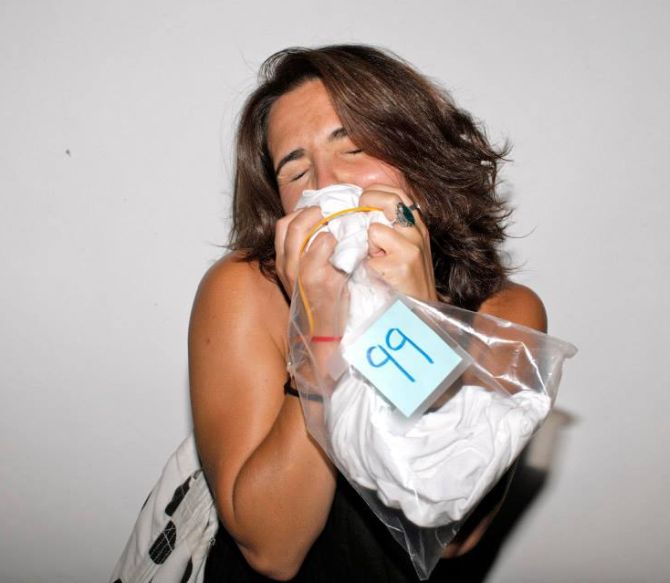 Pheromone parties are a new dating experience developed in the US and launched in New Zealand last week, which offer singles the chance to smell the worn T-shirt of a stranger in a bid to sniff their way to romance. Participants agree to wear the same cotton T-shirt for three nights in a row, with no deodorant or perfume, and to bring it to the party. The clothes, infused with the pure scent of the wearer's body, are then placed in transparent plastic bags with numbers on coloured labels — pink for women, blue for men.

The participants then choose their partner by smelling the T-shirts.

Rapper cuts off his penis because he thinks he's god 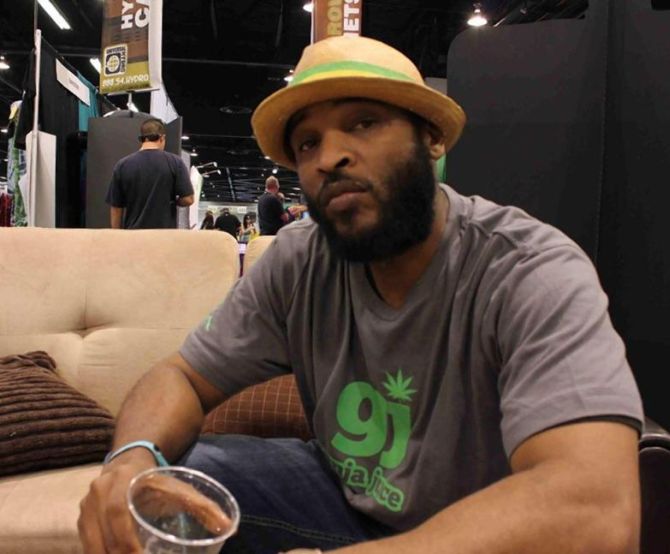 Rapper Andre Johnson has recently cut off his penis and then jumping from a Los Angeles building. Johhnson admitted that he was under the influence of drugs at the time of incident but insisted that he knew what he was doing. He further added that he didn’t wanted to kill himself but wanted to cut off his penis, which according to him was the root of all problems. He realised that sex is for mortals, and then claimed that he was a god. Johnson performs under the name Christ Bearer and his group Northstar was affiliated with the Wu-Tang Clan. 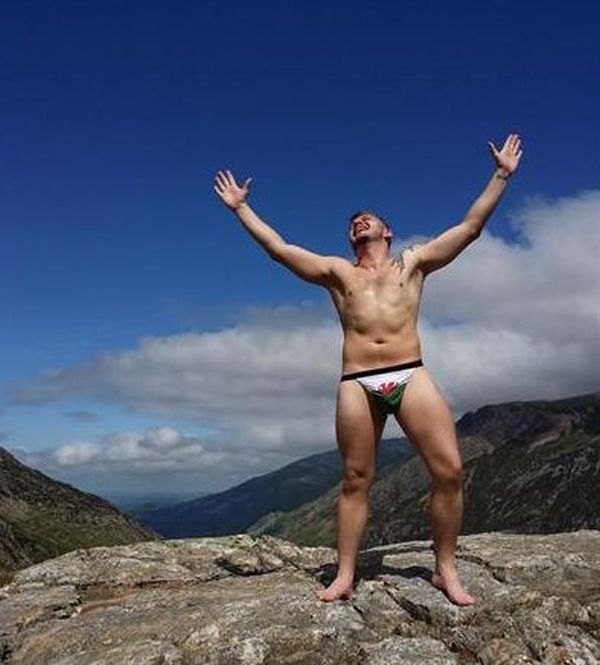 One thing is for sure, this football fan will never bet on Brazil again.

Jon Jolley, from Wrexham, Wales, vowed to walk up MountSnowdon if the South American team failed to clinch victory at this year’s World Cup.

So sure was he of their success, he even promised to scale the mountain wearing just a thong if they lost. So, when Philippe Scolari’s team went out after a 7-1 thrashing in the semi-final against Germany, his dreams of a cash windfall came crashing down. Despite his disappointment, Jolley stuck to his promise and scaled the 3,560ft mountain wearing just a skimpy thong embroidered with the Welsh flag.

The Louvre calls in the rat catchers 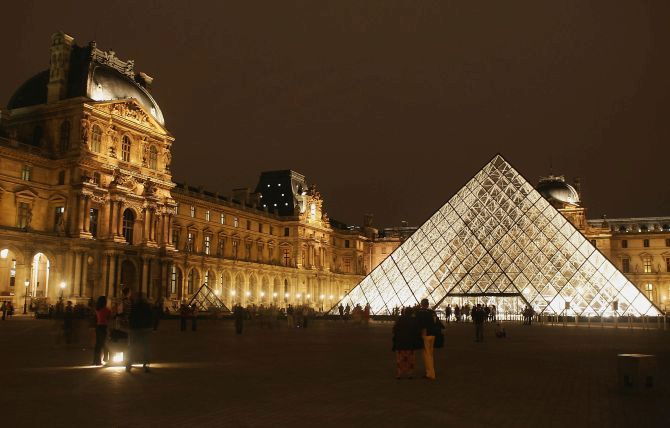 The world-famous Louvre Museum in Paris has called in the pest exterminators - after being overrun with rats. The rats have become so bold that they run on to the lawns of the museum gardens in broad daylight, scaring tourists. The hot weather in Paris has brought out many picnicking visitors, whose rubbish left in the garden is a feast for the rats.