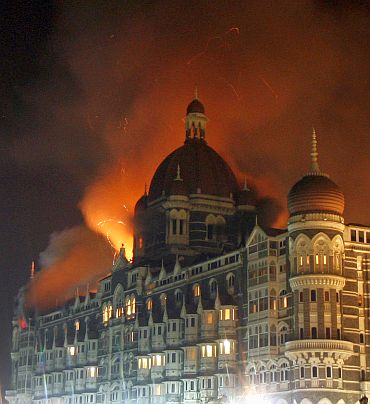 The confidential document shows that the then British Foreign Secretary David Miliband had called Zardari, asking him to send the ISI chief to India, to which the President readily agreed.

He, however, was overruled by the Pakistani Army led by General Ashfaq Pervez Kayani. Zardari said the new ISI leaders were 'straightforward' and their roles were proscribed by the constitution, but it would take time for real conversions.

Robert Brinkley, the British High Commissioner to Pakistan, and Miliband pressed for Pasha to go to India, said a US cable issued by its Embassy in Islamabad on December 1, 2008.

"Zardari gave Brinkley a long answer about various levels of directors in ISI but finally confirmed that the Army had vetoed the decision to send Pasha. Zardari told Miliband that it might be possible to send National Security Advisor Durrani, as he outranked Pasha," it said.

The President said it would not be possible to send Pasha immediately as he needed to work public opinion first, the cable said. 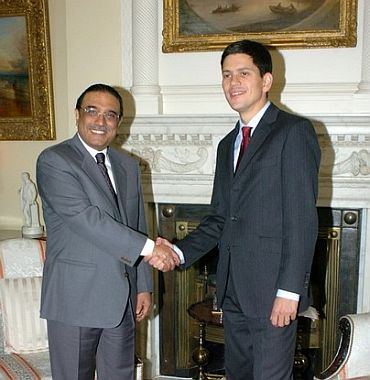 According to the cable, the British diplomat passed the same intelligence information about Lashkar-e-Tayiba to Zardari that they previously had passed to the ISI.

"Zardari's response was positive; he said ISI had to follow up and this was an opportunity. He criticised the Indians for statements that pushed Islamabad to make a defensive response and 'made my job harder'."

"Zardari said he thought it was not possible that terrorists could have launched attack boats from Karachi and the operation could not have been implemented without insider help from Indians," the cable says.

In the conversation with Miliband, Zardari said he saw the attacks as an "opportunity to strike at my enemies".

The attack, he said, was aimed as much at Pakistan as at India, but India had reacted in an unfortunate way. 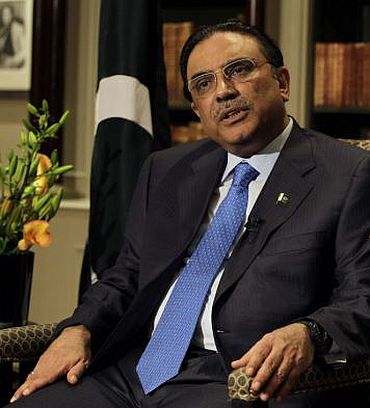 "Miliband said that public messaging would be particularly important to link the Mumbai atrocity with Zardari's own campaign against militants," it said.

Zardari told Miliband that "my people" had not brought specific information to him about the individuals named in the information passed to ISI (on the day before). Miliband said that LeT needed to "feel the full force of the law".

"Zardari responded by saying he was setting up special courts, was contacting all political parties, and would take action immediately," the cable said.

According to the cable, Zardari commented that he had a gut reaction that the attacks were the beginning rather than the end and went on to talk about Muslim-Hindu differences and attempts to split India. 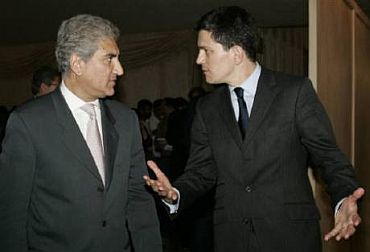 "He urged the UK to push back on New Delhi and calm the situation. Miliband said they would do so, but India needs to see real action from Pakistan. India was asking for short-term actions, and this could buy some time for the Government of Pakistan," it said.

Miliband later called Pakistan Foreign Minister Shah Mahmood Qureshi and said he wanted to make sure that he saw the intelligence passed to ISI.

"He pressed that India needs actions not words from Pakistan. Qureshi said he would follow up on the intelligence but reiterated the GOP request for the UK to counsel restrain on the part of the Indians," it says.

The US Embassy cable signed off by the then US Ambassador to Pakistan Anne Patterson said that overall, the Pakistani public remains in denial about any culpability for the Mumbai attacks and believes India is unfairly and prematurely accusing Pakistan.