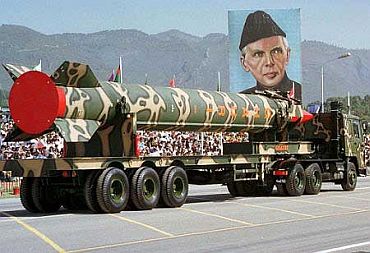 The latest cache of WikiLeaks lays bare the deep concern of the US over the safety of Pakistan's nuclear weapons and the fact that Islamabad is producing them at a "faster rate than any other country in the world".

Painting a damning picture of its "ally", American officials expressed serious misgivings about the possibility of elements within the Pakistan establishment smuggling enough material out to eventually make a rogue nuclear weapon.

The Pakistan-focussed cache of US embassy cables published by The Guardian reveal American and British diplomats fear that Pakistan's nuclear weapons programme could lead to fissile material falling into the hands of terrorists or a devastating nuclear exchange with India. 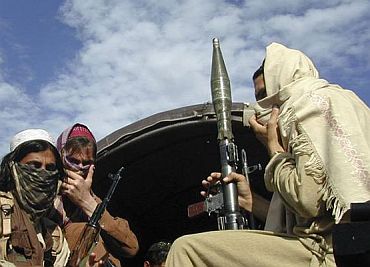 The cables contain warnings that Pakistan is rapidly building its nuclear stockpile despite the country's growing instability and "pending economic catastrophe".

Mariot Leslie, a senior British Foreign Office official, told US diplomats in September 2009: "The UK has deep concerns about the safety and security of Pakistan's nuclear weapons," according to one cable classified "secret/noforn [no foreign nationals]".

Seven months earlier, the US ambassador to Islamabad, Anne Patterson, cabled to Washington: "Our major concern is not having an Islamic militant steal an entire weapon but rather the chance someone working in government of Pakistan facilities could gradually smuggle enough material out to eventually make a weapon". 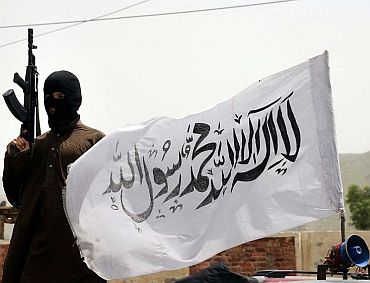 The cables revealing serious tension between the US and Pakistan reveal that small teams of US special forces have been operating secretly inside Pakistan's tribal areas, with the approval of the Pakistani government while senior ministers have privately supported American drone attacks.

The US ambassador starkly informed Washington that "no amount of money" from the US would stop the Pakistani army backing Islamist militants and the Afghan Taliban insurgency, according to the cables.

The Guardian reported the US' conclusion that Pakistani troops were responsible for a spate of extra-judicial killings in the Swat Valley and tribal belt but decided not to comment publicly to allow the army to take action on its own.

Pakistan's rulers are so sensitive about their much-prized nuclear weapons that in July 2009 they stalled on a previously agreed plan for the US to recover and dispose of highly enriched uranium spent fuel from a nuclear research reactor, in the interests of preventing proliferation and theft. US concern over Pakistan's bomb programme was spelled out in an intelligence briefing in 2008.

"Despite pending economic catastrophe, Pakistan is producing nuclear weapons at a faster rate than any other country in the world," the secret cable said.

The Russians shared concerns that Pakistan was "highly unstable".

Yuri Korolev, from the Russian foreign ministry, told US officials: "Islamists are not only seeking power in Pakistan but are also trying to get their hands on nuclear materials."

Speaking in February in Washington, he called for the problem of Pakistani nuclear sites to be addressed in ongoing missile control talks, claiming: "Over the last few years extremists have attacked vehicles that carry staff to and from these facilities. Some were killed and a number were abducted and there has been no trace seen of them." 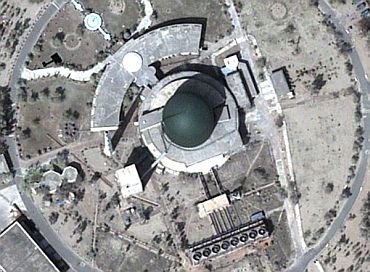 "There are 120,000-130,000 people directly involved in Pakistan's nuclear and missile programmes... There is no way to guarantee that all are 100 per cent loyal and reliable," he said.

Korolev claimed extremists were now recruiting more easily: "Pakistan has had to hire people to protect nuclear facilities that have especially strict religious beliefs, and recently the general educational and cultural levels in Pakistan has been falling."

A Chinese foreign minister, He Yafei, sought to explain to the Americans why Pakistan was blocking fissile material control talks.

At a London meeting in 2009, he said: "The underlying problem...is that India and Pakistan view each other as enemies. Nuclear weapons are crucial to Pakistan. Indeed, a Pakistani military leader said his army was no match for the Indian army."