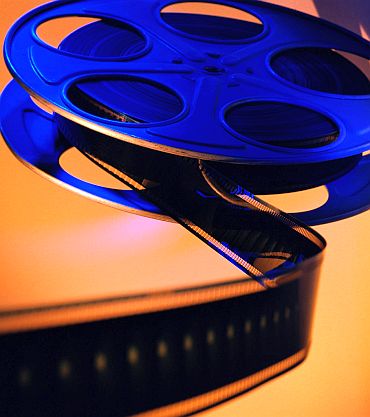 Rediff.com brings for you the FOURTH in the series of leaked Wiki cables, which point towards some startling revelations. Links to earlier sets of CABLES can be accessed at the end of this feature

A leaked US diplomatic cable has said that Bollywood welcomed funding from gangsters and politicians, known in India as "black money."

While there is no direct reference of Dawood Ibrahim which allegedly financed a number of movies, the cable said that in recent decades, the Bollywood film industry has been associated with the notorious Mumbai underworld, at the nexus of gangsters, money, and politics.

According to Jehil Thakkar, Head of Media and Entertainment for (KPMG), this association stemmed from the financing needs of the industry; until 2000, by government fiat, the film industry was ineligible for bank credit, private equity, and other means of legitimate commercial financing.

"As a consequence, films were financed by ad hoc collections of investors, many of whom were from the construction and trade industries, who charged interest rates as high as 60-100 per cent."

"The industry also welcomed funds from gangsters and politicians, looking for ways to launder their ill-gotten gains, known in India as "black money", said the cable issued by the US Consulate in Mumbai, released by WikiLeaks.

Narendra Modi as PM of India? 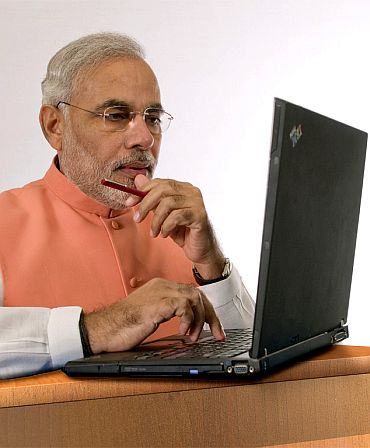 Gujarat Chief Minister Narendra Modi will have to do more to soften his image to be considered for the prime minister's post, says a leaked WikiLeaks cable

Giving an assessement of Modi, the American Consulate in Mumbai wrote: "Since his elevation to Gujarat's Chief Minister in 2001, Narendra Modi has become one of India's most popular -- and polarising -- political figures.  He is both admired for his commitment to economic growth and development in his state, and despised for his role in the 2002 riots in Gujarat when his state was convulsed by anti-Muslim riots."

"Focusing on his strengths, his supporters in Western India see his impressive political career culminating as Prime Minister in a Bharatiya Janata Party-led government. However, many political observers and opponents identify a number of challenges he will face in attaining this position in modern India, including his governing style, his status as a state, rather than national leader, his unpalatbility to a number of potential coalition allies, and the tarnish of the 2002 riots as the main obstacles."

"Should the BJP-led National Democratic Alliance (NDA) come to power, the dynamics of coalition politics will require a more conciliatory and consensual style, which Modi has so far not demonstrated."

"Also while Modi is a favorite of Advani and chief strategist Arun Jaitley, it is widely believed that he does not get along with other second tier members such as Sushma Swaraj, Rajnath Singh, Venkayyah Naidu, and the BJP chief ministers of Madhya Pradesh and Chhattisgarh who feel unfairly eclipsed by Modi's larger-than-life image."

You have a shared destiny with Pak, we don't: NSA to PM 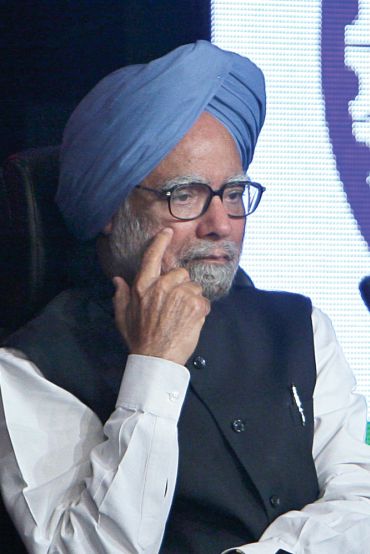 Back in 2009, during a meeting with US officials in New Delhi, former National Security Advisor MK Narayanan conceded that he had differences with Prime Minister Manmohan Singh in dealing with Pakistan.

A cable dated August 8, 2009 stated: "In a brief aside, Narayanan readily conceded that he had differences with PM Singh on Pakistan. He described the PM as a 'great believer' in talks and negotiations with Islamabad, while Narayanan himself was 'not a great believer in Pakistan'."

"He added that after the Prime Minister spoke in speeches of India's 'shared destiny' with Pakistan, he told the PM 'you have a shared destiny, we don't'. (Comment: Narayanan made the comments above with some joviality and was totally complimentary of the PM throughout the discussion. He made a point of commending PM Singh's intellect, economic prowess among the G-20 leaders, and self-effacing manner as an 'accidental politician' and former civil servant like him. End comment.)"

"Although Narayanan's tough stance on Pakistan is well-known, his readiness to distance himself from his boss in an initial courtesy call would suggest that PM Singh is more isolated than we thought within his own inner circle in his effort to 'trust but verify' and pursue talks with Pakistan, particularly in the wake of the hammering his government took from opposition for the July Sharm al Sheikh statement with PM Gilani."

"This certainly confirms the risks and volatility the PM faces in opening up new dialogue with Pakistan, and means increased GOI sensitivity to perceived pressure from outsiders, particularly the USG, to re-engage with Islamabad." 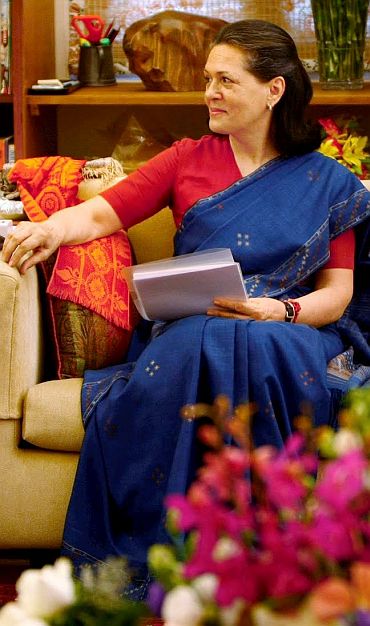 Politicians in India are closely linked to wealth and money, says a WikiLeaks cable issued by then US Ambassador to India Timothy Roemer.

The Cable said: "In many parts of India today, cash drives politics and elections to an unprecedented extent, with politicians doling out substantial amounts of money indiscriminately to buy votes. Most successful states and national level politicians have access to large amounts of cash, travel ostentatiously with large entourages in expensive cars, and distribute money and largesse freely."

"As a result politicians are closely linked to wealth and money in the eyes of their constituents, millions of whom still live in poverty. It's hard to imagine, therefore, that Indian voters do not see the Congress party's austerity drive as cynical and superficial. However, as we have learned time and again, it is almost impossible to predict or explain the motivations of Indian voters."

Talking about the UPA government's austerity drive, Roemer noted: "Congress Party has committed to an 'austerity drive' as a gesture of solidarity with India's aam admi or the common man. VIPS are traveling in economy class on trains and aircraft, foregoing chartered helicopters or private planes. Critics attack these gestures as purely symbolic, meant to distract the common man, of which there are hundreds of millions living on less than two USD a day, from noticing the skyrocketing prices of essential food items, poor infrastructure, and a severe drought affecting almost a third of the country."

"Congress Party strategists, however, appear convinced that the political message inherent in the austerity drive -- that the Congress Party is with the aam admi -- will help boost the party's appeal"

US tipped off India on NYT report on Pak At issue was the detection by American intelligence agencies of a suspicious missile test on April 23, 2009 -- a test never announced by the Pakistanis -- that appeared to give the country a new offensive weapon.

American military and intelligence officials said they suspected that Pakistan had modified the Harpoon antiship missiles that the United States sold the country in the 1980s, a move that would be a violation of the Arms Control Export Act

A cable sent by then US Ambassdor to India Timothy Roemer said: "That said, we are not out of the woods yet, particularly as the Times story had additional allegations (e.g. P-3 modifications) not addressed. We would appreciate the Department's continued efforts to provide us with three strands of information: a) cleared intelligence that we can pass along to the GOI, b) a timeline of events and the items involved, and c) details on the agreement in principle reached with Pakistan and the inspections expected to take place." 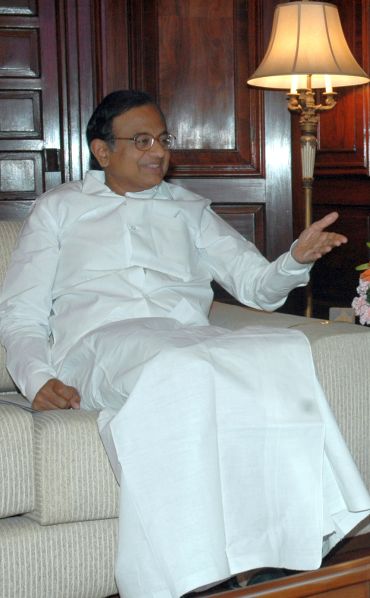 Back in 2009, Home Minister P Chidambaram told the then US Ambassador Timothy Roemer about the vast disparity between his native South and the rest of the country

Chidambaram also had a word of advice for Roemer.

"He advised the  Ambassador to get to know opposition and regional party leaders, mentioning specifically the Chief Ministers of Bihar, Punjab, and Orissa as being particularly dynamic, and to meet "real people," not just politicians." Claiming that Maharashtra lacked good political leadership for almost two decades, a leaked US cable has said that years of "underperformance" has lowered expectations to a level that even marginal infrastructural development would be seen as a major victory.

The cable, which was written on the occasion of first anniversary of 26/11, said, "By all accounts, Maharashtra has lacked good political leadership for almost two decades. The last ten years of Congress/NCP rule has been marked by an inability to implement major development or infrastructure programmes."

"The political coalition is openly fractious, ministers routinely criticise each other in public, and state leaders devote much of their time to balancing these various interests, leaving little time for serious pursuits," it said.

"In this regard, Maharashtra's politicians are not different from those in many other states -- too many family dynasties, too much corruption, too many builders and land developers seeking family fortunes.However, the accumulation of ten years of underperformance, indifference, and incompetence has lowered the expectations of civil society so much that even the most marginal of improvements would be seen as a major victory," it said.