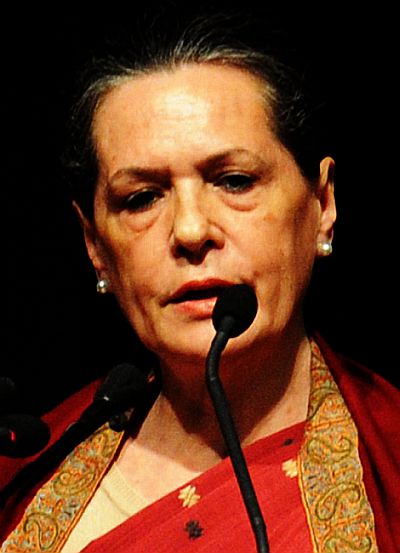 Congress President Sonia Gandhi has come across tough resistance from Prime Minister Manmohan Singh over the issue of sacking tainted ministers in his Cabinet.

For now, Dr Singh is having it his way, but voices of dissent are growing louder. Renu Mittal reports.

After the Supreme Court's strong observations against the Central Bureau of Investigation on the Coalgate scam, Congress President Sonia Gandhi is of the view that Law Minister Ashwani Kumar should be removed, but Prime Minister Manmohan Singh wants to wait till July 10 -- the next date of the hearing in the apex court -- to take a view on the legality of the entire matter.

After the Supreme Court's observations, the law minister met the prime minister and informed him that the court had mainly spoken against the CBI and the law officers and that there was nothing against him in the judges's comments.

Kumar is said to have convinced the prime minister that there was no case for his removal and no grounds for his resignation.

Calls were made from the Prime Minister's Office to newspaper offices and television channels that nothing need be done against Kumar as the Supreme Court had deferred its orders till July 10.

The PMO has sought to delink the issue of Railway Minister Pawan Kumar Bansal and Kumar on the grounds that the former may need to resign if the CBI presses for his interrogation and since it is a case where the minister is sought to be implicated in the matter of making financial gains in return for plum postings in the railways.

The PMO has sought to make the point that Kumar's case is not that of financial impropriety. 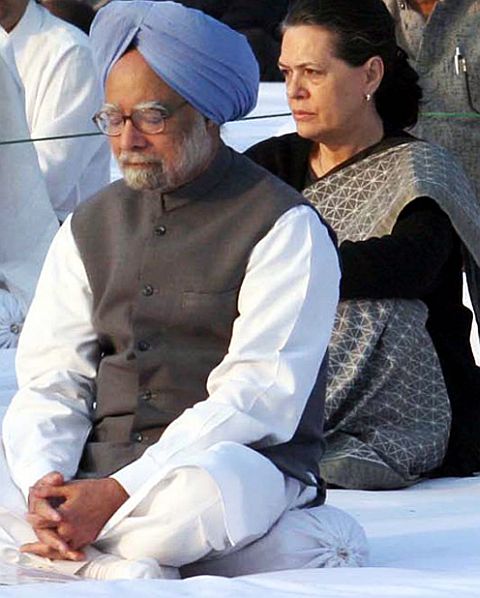 Senior Congress leaders are upset at the manner in which the prime minister is seeking to protect the ministers.

The government had to adjourn Parliament sine die two days ahead of schedule because of the ongoing controversies.

In the process, the government failed to pass the crucial Food Security and Land Acquisition Bills. The government may not be able to bring an ordinance, as it would then have to be brought in the Monsoon session of Parliament to be passed.

Food Minister K V Thomas said the government would have to look at the issue carefully before deciding what to do.

A senior Congress leader told this correspondent that Sonia Gandhi is unhappy at the turn of events. She feels the party and government's credibility are being hit and that both ministers should resign.

However, she has been unable to force her writ on the prime minister because of the charges against Robert Vadra and the fact that she would need to begin cleaning her own house before others could be dictated to do the same.

Within the party there is unhappiness at the manner in which the issue is being handled. Party leaders want to know why the prime minister is being allowed to protect these ministers. 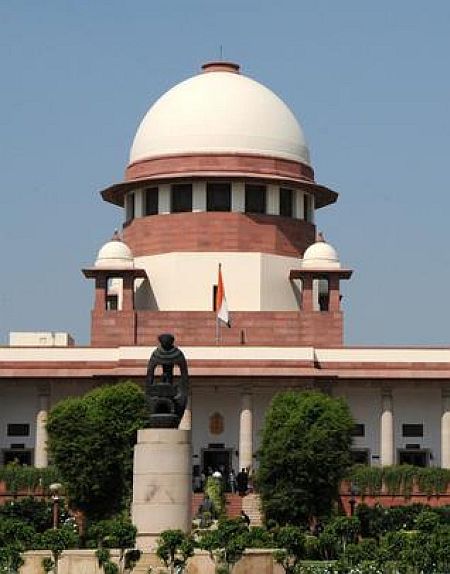 The PMO and the law minister are taking shelter behind the fact that the Supreme Court did not name Kumar. The logic being offered is that if the law minister has to go, then the CBI director must go too.

In its observations on Wednesday, the Supreme Court accused the government of 'changing the heart of the CBI report on the coal scam on the suggestion of government officials' and rapped the Bureau for making available to the government a confidential report meant for the judges.

The apex court rapped the government for interfering with the CBI investigation and observed that the Bureau is a 'caged parrot that has many masters.'

The Supreme Court also asked the government to draft the contours of a new law that will free the CBI from governmental control -- except administrative -- and said if the government does not do this by the next hearing then the court would have to do it.

Sources say the government is unlikely to comply with this judicial assertion.

Control of the CBI and its use and misuse is crucial as a political weapon for the government. This is likely to lead to a fresh face-off between the Supreme Court and the government.

In the event that the prime minister save Ashwani Kumar, a senior minister said the question would be how the law ministry, the CBI and the law officers would function since the minister's writ is unlikely to run with any of them.

The law ministry is likely to be virtually paralysed if Ashwani Kumar stays on at its helm.