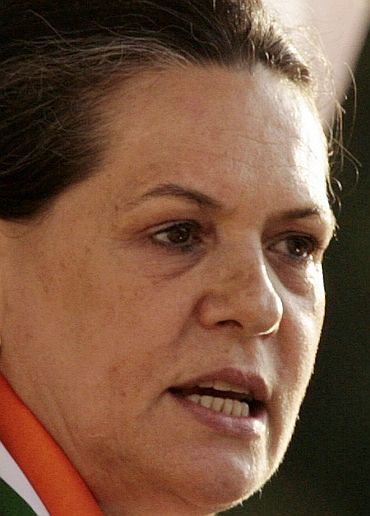 B Raman believes that the Congress party and the Gandhi family are well within their rights to keep the news regarding the health of Sonia Gandhi under wraps.

The news of Congress President Sonia Gandhi's medical treatment necessitating surgery in a foreign country came as a surprise.

The news of her illness and departure for that country was kept a closely-guarded secret. The news was broken to the public by a spokesman of the Congress on the morning of August 4.

The spokesman, after announcing her then impending surgery, also revealed that before her departure she had constituted a four-member group, including Rahul Gandhi, to look after the party affairs during her absence on medical treatment that may last two to three weeks.

The successful surgery and her convalescing in an Intensive Care Unit was announced by the party spokesperson on August 5. 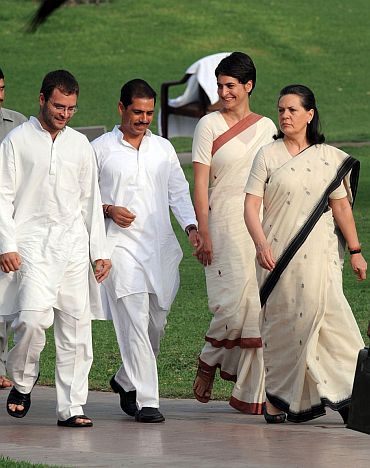 If this speculation is correct, her hospitalisation is probably cancer-related, though not necessarily cancer as of now. If it is established that her illness was due to cancer, her post-surgery recovery may last longer than two to three weeks.

She would have the option of undergoing the post-surgery therapy in the US itself or in a hospital in India specialising in such therapy.

A debate has arisen about the secrecy surrounding her hospitalisation and about the need for respecting the privacy of Sonia and her right to be spared unnecessary and unhealthy speculation regarding the state of her health. 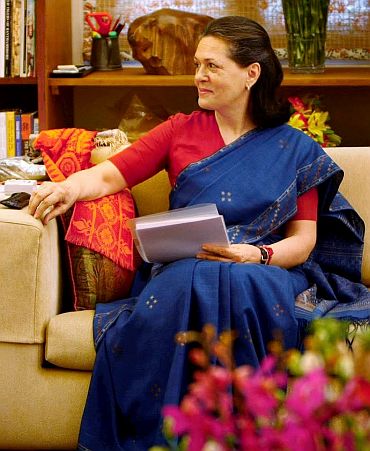 No one can question the right of Sonia and her family to privacy.

Sonia, whatever be the powers actually exercised by her as the leader of her party, does not hold any position in the government of India. She, her family and party are, therefore, not required to reveal more than what they themselves consider necessary.

Different yard-sticks are followed all over the world -- more in democracies than in authoritarian countries -- regarding the need for transparency about the health of those holding office in the government.

The past practice was to maintain secrecy even about the health of those in the government.

One would recall the allegations before the death of Jawaharlal Nehru in May 1964 that his family, party and officials had kept the public in the dark about a stroke suffered by him for which, it was alleged, he was under secret treatment. 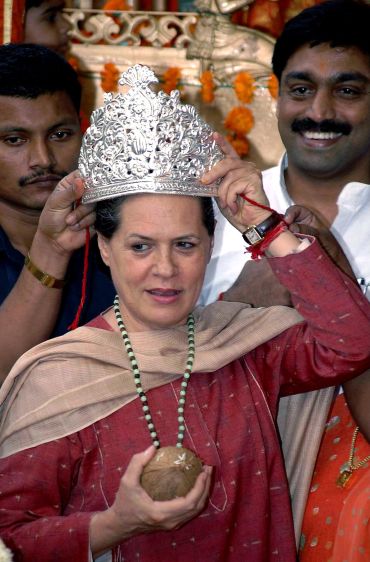 One would also recall the controversy in France in the 1980s over the family and entourage of Francois Mitterand, the then President, keeping the public in the dark about the fact, which subsequently proved to be correct, that he was under secret treatment for prostate cancer.

It has now been generally accepted all over the world that the public has a right to be kept informed about the health of government leaders. When Dr Manmohan Singh, the prime minister, developed a serious cardiac problem and had to undergo a major surgery, the public was kept totally in the picture.

Since Sonia does not hold any office in the government, she, her family and party are within their rights not to say more about her health than what they have already done.

At the same time, in view of the considerable political power exercised by her -- despite her not holding any office in the government -- there is bound to be considerable speculation in the public about the state of her health and its likely implications for her party -- whether she and her party like it or not. The only way of keeping such speculation under reasonable limits is by taking the initiative in being as transparent as possible even though they may not be under an obligation to be totally transparent.

The greater the information available to the public, the less will be the unwarranted speculation.

The political class as a whole on both sides of the political spectrum has conducted itself in a very responsible manner.

The political leaders have conveyed their good wishes for a speedy recovery to Sonia and her family and avoided any remarks of a controversial nature. There has been no unwarranted speculation at the political level. As Sonia's hospitalisation and further treatment continue -- depending on the duration -- the speculation regarding the political implications of her health, which till now is confined to the general public, may spread not only to the political class, but also to policy-making circles in foreign countries.

They would be interested in assessing the nature of her illness and its duration and its likely impact on inter-personal relationships in the Congress and on the political situation in the country as a whole.

It is in the interest of the Congress itself and of the country to ensure that such assessments are based on correct and adequate information.

While the family of Sonia and her party have every right to privacy regarding her health, it will be an act of political wisdom that they take the initiative in making available to the public and the political class as much information as possible without violating her privacy.