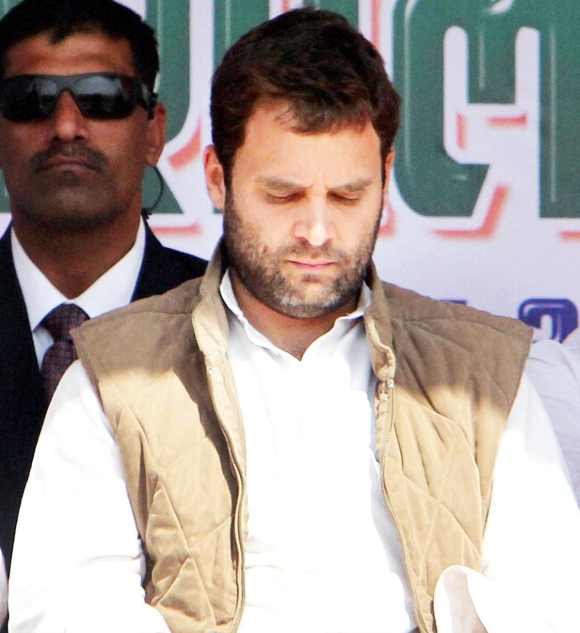 It was a series of mistakes that appeared to have cost the Congress dear in Uttar Pradesh despite Rahul Gandhi's herculean effort to lead the battle from the front.

The talk in the party is that Rahul's 'Mission UP 2012' collapsed due to off the cuff remarks, controversial comments and raking up of sentimental issues by senior party leaders including Union ministers.

A section of the party contends that the 4.5 per cent reservation for minorities decided by the Congress-led coalition at the Centre just a few days before the announcement of the election schedule did more harm than good for the party.

This section says that detractors of the party were quick to project the move as one detrimental to interests of backward Muslims in UP.

For Rediff Realtime News on UP elections, click here 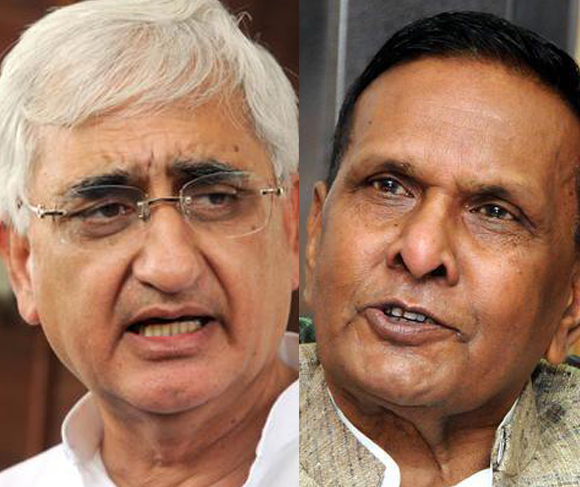 The raking up of the Batla encounter issue by Congress General Secretary Digvijay Singh also appeared to have not gone down well with the Muslims. Such statements appeared to have helped the Bharatiya Janata Party to polarise the voter to a certain extent.

Party leaders insist that sizable support from Muslims in the 2009 elections had ensured the Congress to win as many as 22 Lok Sabha seats giving the first signs of the revival of the organisation in its one-time bastion. But the Muslims may have shifted away this time, they feel.

The Congress has been in political wilderness in UP for the past 22 years in the wake of the Mandal and Mandir upsurge.

In almost all of these 22 Lok Sabha seats, Muslim vote was crucial ranging from two to three lakh and in constituencies like Moradabad it was up to six lakh. 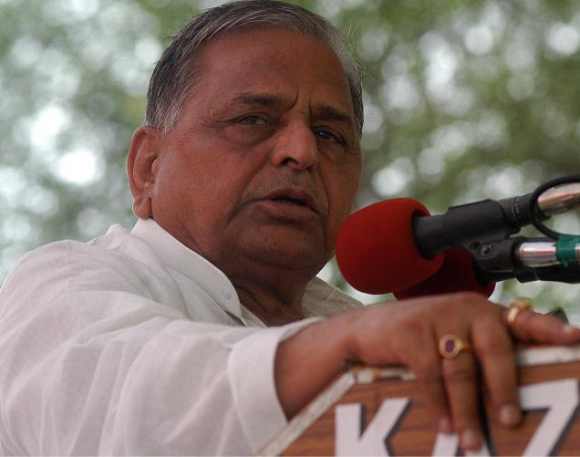 At that time, a sizable section of Muslims was having second thoughts in backing Mulayam Singh Yadav as the Samajwadi Party supremo had tied up with Kalyan Singh who was the Bharatiya Janata Party chief minister during demolition of Babri Masjid in December 1992.

The statements by some leaders of likely imposition of President's rule in UP if the Congress failed to get majority created an atmosphere of instability and sent the signal that the party was not confident to form government on its own.

The Congress in UP, a section feels, failed to present a united picture in the campaign as leaders started making one upmanship to project themselves as the chiefministerial candidates.

As against this, Yadav went methodically to correct his mistakes and win back the Muslim support that had earned him the sobriquet of 'Maulana Mulayam' for the way he protected minorities after the demolition of Babri Masjid. 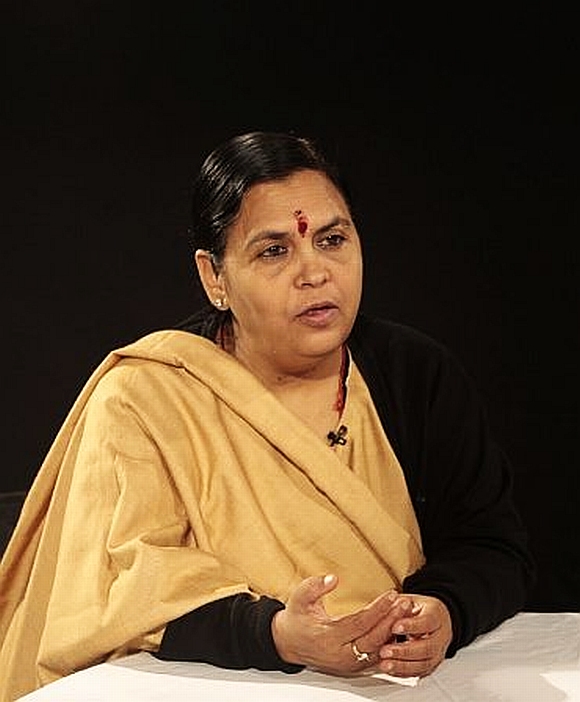 Mulayam brought in his son Akhilesh Yadav as the Uttar Pradesh SP chief giving unmistakable signals that the younger Yadav will battle it out with Gandhi for the UP turf.

BJP chief Nitin Gadkari's strategy to bring in Uma Bharati as in charge of the campaign in UP also brought new challenges before Congress. Uma had been the BJP's Other Backward Class face at one point of time and had been projected by the party as 'Bundelkhand's darling daughter'.