Why Pak will never hand over Dawood to India 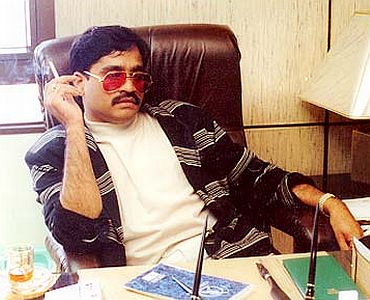 Dawood's arrest will not only put an end to his terror operations in Pakistan but also reveal the names of those bigwigs in India who have assisted him in his nefarious activities, says Vicky Nanjappa

The much anticipated talks between home secretaries of India and Pakistan, scheduled to be held on March 28-29, is meant to resolve outstanding issues between the two neighbours.

While Pakistan will bring up the contentious issue of Kashmir, India will seek an end to state-sponsored terrorism in the neighbouring country. Indian authorities are likely to ask for the extradition of underworld don Dawood Ibrahim, India's most wanted man.

During the meeting, India will hand over a dossier that will include the name of Dawood and 400 other terrorists who are believed to be hiding in Pakistan.

D gang has a role in every scam 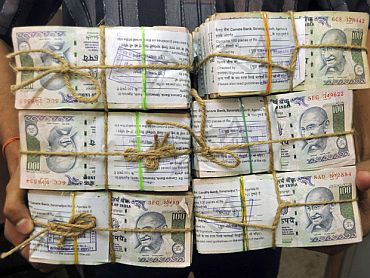 Dawood and his infamous D-gang have their fingers stuck in almost every illegal pie -- from fixing matches to circulating fake currency, from running a drug racket to the infamous 2G scam -- the underworld don from Mumbai has had a role to play in every illicit activity.

According to sources, the Indian delegation is likely to hand over proof that Dawood is living in Karachi, under the patronage of the Inter Services Intelligence. These charges have earlier been refuted by Pakistan.

In the last two weeks, the D-gang has been named in connection with two major events that have made headlines -- the death of businessman Sadiq Batcha and the match fixing scandal about the Australian team. Batcha, an aide of former telecom minister A Raja who has been implicated in the 2G scam, allegedly committed suicide.

Dawood's link to the 2G case has been proved 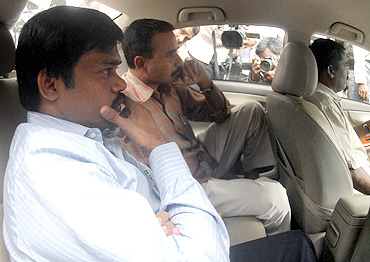 But investigating agencies suspect that Batcha's death had something to do with a mega hawala racket, which the police were about to crackdown on. A hawala racket, which involves huge amounts of illegal cash, invariably throws suspicion on Dawood and his men as only they have the resources to pull of such mega scams.

The Central Bureau of Investigation is planning to question DB Group Chairman Shahid Balwa, whose company, investigators suspect, had links with the D gang.

Proof of Dawood's link to the 2G case -- independent India's biggest scam -- has been proved after the D gang threatened to blow up the CBI office in New Delhi. 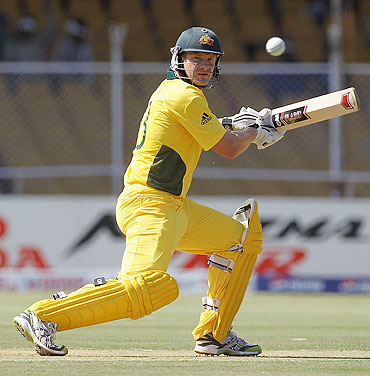 According to sources, the CBI possesses documents which reveal the D-gang's connection to the scam.

After the investigating agency informed the home ministry about receiving threats from Dawood, security has been beefed up around the CBI office in Delhi which holds crucial documents with details of the scam.

The D-gang was also involved in the alleged fixing of the cricket match between Australia and Zimbabwe in the ongoing World Cup. The police have detained three members of the D-gang who had allegedly fixed the game.

The anti-corruption wing of the International Cricket Council has been informed about these developments. The men allegedly tried spot-fixing due to which the Australian team scored slowly in the first ten overs of the game.

Fixing matches is a lucrative business 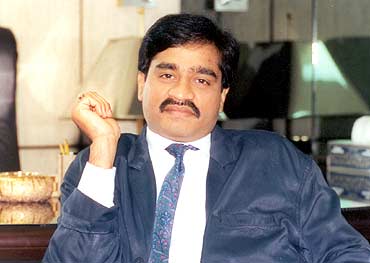 The Australian team has understandably rubbished these allegations and claimed that the ICC is not probing any such charges.

According to sources, the matter is still in preliminary stages and the interrogation of the three men will unearth more information. The three detained men were staying at the same hotel as the Australian team, but whether they managed to get access to the players and convinced them to fix the match is not yet known.

Fixing international matches is the third most lucrative business for the D-gang, after running a hawala racket and circulating fake currency, say sources in investigating agencies. 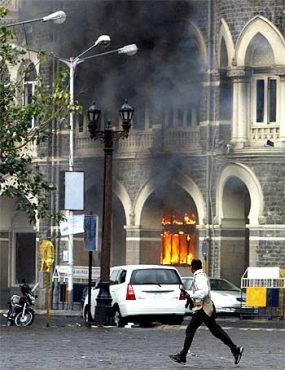 Members of D-gang carry out match fixing activities across the world, in spite of stringent monitoring by investigating agencies.

But Indian probe agencies have finally accepted that they need to probe Dawood's connection to India's worst terror strike.

The issue of whether the ten terrorists, who laid a siege on Mumbai on November 26, 2008, had any kind of local help has always plagued investigators.

Pak will never hand over Dawood to India 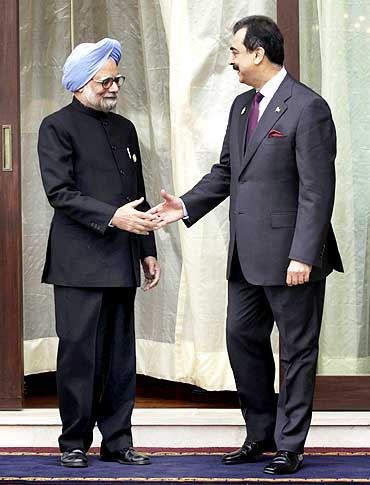 The question on everyone's mind is whether India will bring up Dawood's link to the 26/11 terror strike during talks with Pakistan.

According to sources in the Intelligence Bureau, Dawood is the key orchestrator of terror activities in India. The D-gang reportedly hands over 40 per cent of its earnings from illegal activities to the ISI, which uses the money to fund terror operations in India.

But the Pakistan government is unlikely to hand over the custody of Dawood as the ISI will then lose its most powerful trump card over India.

Dawood's arrest will not only put an end to his terror operations in Pakistan but also reveal the names of those bigwigs in India who have assisted him in his nefarious activities.