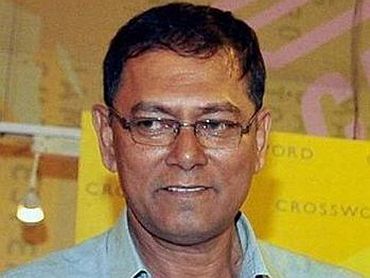 Senior analyst B Raman scrutinises Mumbai crime reporter J Dey's murder in broad daylight on Saturday and tries to find out what could have been the motive behind the criminal act.

I have been in receipt of some requests from my readers asking for my comments on the murder of Jyotendra Dey, senior investigative journalist of Mid-Day, the Mumbai daily, on Saturday. He was reported to have been shot dead near his residence in Powai, a Mumbai suburb.

Dey specialised in investigative reports on the criminal activities of various mafia groups operating in Mumbai. The case is still under investigation by the Mumbai police and from the scanty details available through open source information, one could make only some tentative observations. 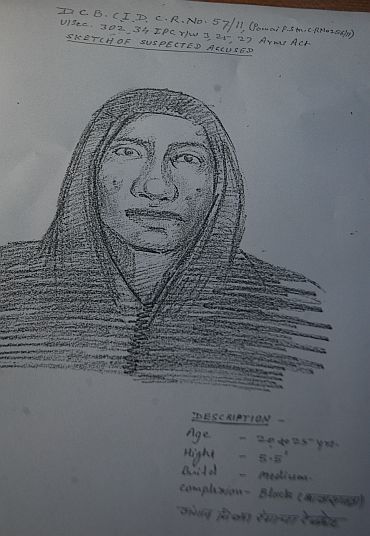 Image: The sketch of the alleged murderer of J Dey released by Mumbai police on Monday
Photographs: Sahil Salve

Since he was shot dead near his house, he evidently did not fall into a trap or ambush while doing field investigation. It was a case of planned, pre-meditated killing. Three motives are possible:

Firstly, he was killed in order to prevent his doing a fresh investigative report on a new piece of information received by him, but in an interview to a TV news channel, his editor said that to his knowledge he was not doing any new investigation.

According to the editor, Dey would have kept him informed if he was doing a new story. If what the editor says is correct, this possibility would not be high.

Secondly, he was killed to punish him for a story which he had already done. If so, he must have done this investigation in the recent and not distant past. A study of his reporting during the last six months should enable the police to prepare a short list of likely suspects who could then be questioned.

Thirdly, he was killed out of personal enmity either by a police officer about whom he was investigating or by someone else. A discussion by the police with his colleagues and relatives should enable them to prepare a similar short list of likely suspects. 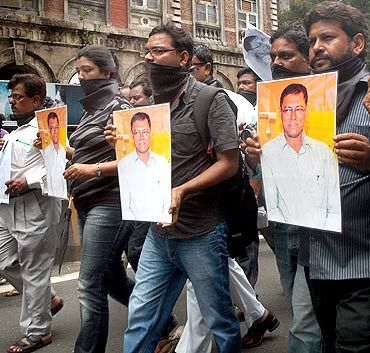 The killing would appear to have been done by a hired killer who apparently killed him for mercenary reasons. If so, the mafia group or person who got him killed would have taken the precaution to maintain the deniability of its or his involvement.

Forensic evidence in the form of the bullets fired and the empties should be available. One does not know whether the police have been able to recover the weapon used. Search for finger-prints could provide an important initial piece of evidence.

The killer had taken the precaution of not killing Dey at his residence. That might have enabled the relatives to provide identifying particulars of the killer. Now the police would have only the details provided by the passers-by.

In the absence of sufficient forensic evidence and eye-witness accounts, the success of the investigation would depend on the careful preparation of the short-lists of suspects and their thorough interrogation.

To reduce the dangers of similar attacks on crime journalists in future, the police should periodically organise briefings on security for them as is done by the security division of the ministry of external affairs and the Intelligence Bureau for Indian diplomats posted abroad.

This would strengthen their security-consciousness and enable them to take evasive measures. They should also be encouraged to report to the police any threats apprehended by them.

A short-list should be prepared of all the telephone calls received by Dey in his mobile telephone and the holders of numbers, who were not Dey's relatives, friends or colleagues should be questioned.