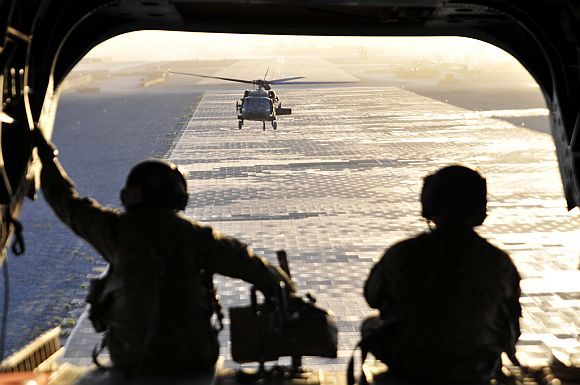 In an attempt to refashion Russian South Asia policy and to showcase a new proactive stance in global politics, Russian President Vladimir Putin will be visiting Pakistan in early October.

This will be the first visit of a Russian President to Pakistan, ever, and as such will be loaded with significance. Putin will also participate in a quadrilateral meeting on Afghanistan with leaders of Tajikistan, Pakistan and Afghanistan.

As the NATO forces prepare to leave Afghanistan, new alignments of regional powers are emerging. Pakistan-Russia ties are also taking a new turn and this holds great significance for India and the South Asian region.

Pakistani efforts to improve their relationship with Russia in the wake of the deterioration in relations between Pakistan and the US have been evident for some time. Islamabad finds itself with few friends across the globe. Even China has been circumspect in what it can offer to its 'all weather friend.' 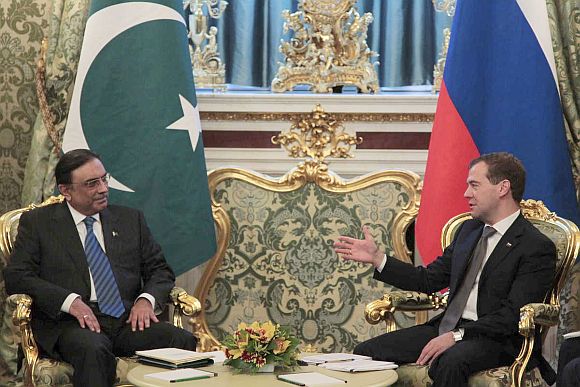 Pakistan's President Asif Ali Zardari visited Russia in May and Army Chief Ashfaq Parvez Kayani will be in Russia this month.

Pakistan hopes Russia will start selling it more substantial defence equipment as well. Both countries are also trying to increase their presence in Central Asia. Russia wants stability in its Central Asian periphery and Pakistan remains critical in managing the region.

Moscow's outreach to Islamabad is an attempt to get a handle on this regional dynamic. Putin's special envoy for Afghanistan, Zamir Kabulov's visit to Pakistan earlier this year in June laid the groundwork for Putin's visit.

Russia has taken note of Indian foreign policy's changing priorities and also the recent downturn in US-Pakistan ties. The US-India rapprochement has been problematic for Russia.

As India moves away from Russia, especially as its dependence for defence equipment decreases, Moscow is also looking for alternatives. Moscow also recognises the importance of Pakistan in restoring stability to a post-2014 Afghanistan and the larger Central Asian region. So there are various factors at work here in this outreach. 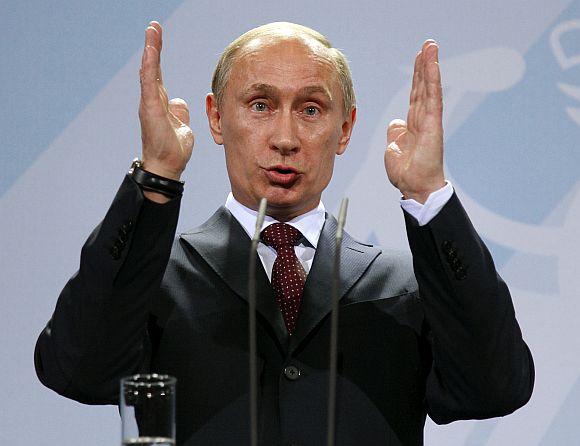 It was Putin who had publicly endorsed Pakistan's bid to join the Shanghai Cooperation Organisation and had offered Russian help in managing Pakistan's energy infrastructure.

He went on to suggest that Russia views Pakistan as a reliable and very important partner. Russia's Gazprom wants to invest in the Turkmenistan-Afghanistan-Pakistan-India gas pipeline.

Meanwhile, though Russia has been one of the biggest beneficiaries of the externalities from the US-India civilian nuclear energy cooperation pact, there have been rumblings in Moscow regarding the manner in which the Kudankulam project has been handled so far by New Delhi.

After deciding to ignore Pakistan for decades in its arms sales matrix, Moscow has now decided to gradually start weapons sales to Pakistan.

Russia is the world's second largest arms exporter with a 24 percent share of the global arms trade, surpassed only by the United States which controls almost 30 percent of the global arms market. India continues to account for over 50 percent of Russian arms sales but New Delhi has diversified its suppliers.

As the arms market becomes a difficult place for Russia to navigate, with China deciding to produce its own weapons rather than procuring them from Russia, Moscow needs new buyers. 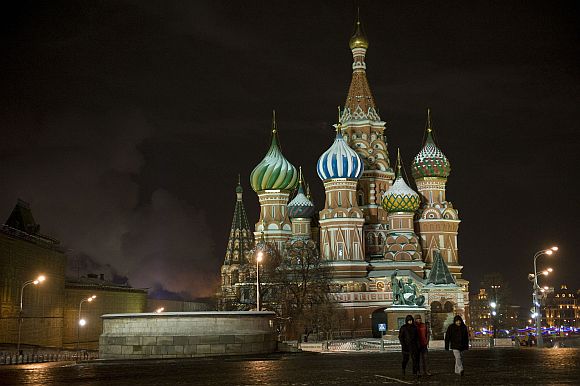 India's move away from Russia has been gradual but significant. The MMRCA deal was as big a setback to Russia as it was to the US defence sales to Pakistan can open up a potentially new and open ended market for Russia as the appetite in Washington to sustain Pakistan's military-industrial declines dramatically.

The defence cooperation as envisaged by the two sides may involve joint military exercises, exchange of personnel and defence sales.

But there are clear limits here. Moscow can never substitute Washington in so far as aid and defence dependence of Pakistan is concerned. It is severely constrained in what it can do and Pakistan's needs are huge. It is unlikely that Russia will emerge as a major benefactor. But Pakistan wants to show the US that it has other options.

Moscow has always in the past been critical of Pakistan's military establishment's propensity to use extremist groups to further their nation's strategic ends. And it remains worried about this tendency, so the pressure of Pakistan will continue to be there.

The Russian establishment also feels strongly about the possibility of nuclear technology falling into the hands of extremists in Pakistan and has been very vocal about this threat. 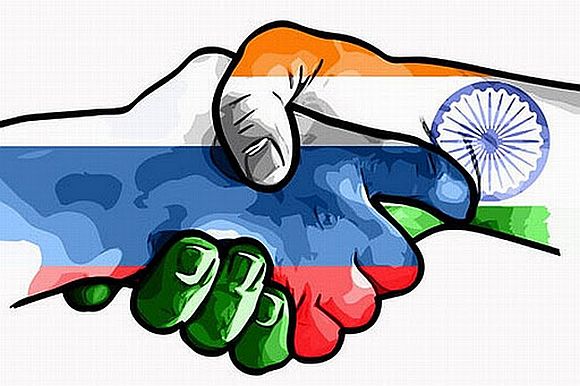 Moscow will also be cautious in sharing its defence technology with Pakistan as it would not like to alienate India, one of its largest markets for defence equipment, even further.

Russia deals with India on a number of levels, including BRICS, and that partnership could be in jeopardy if Pakistan becomes a major priority for Moscow.

India will be looking at this development with great interest but something big will have to come out of these meetings for New Delhi to be worried.

India's ties with Russia are historic, wide ranging and well institutionalised. Russia will do its best to assuage Indian concerns and New Delhi should largely be satisfied with it. It depends on the future trajectory of Russia-Pakistan ties as to how it will ultimately impinge on Indian interests.