There is more to it than meets the eye 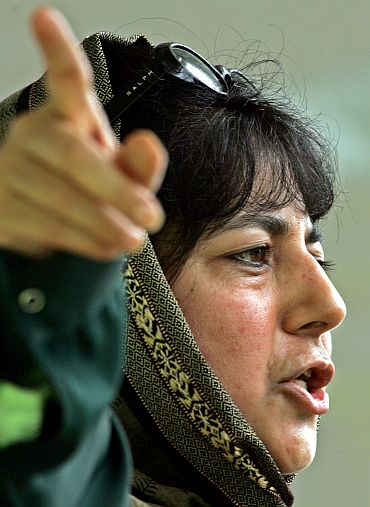 India would find itself severely compromised if called upon to handle a border war with China and put down a staged Egyptian style uprising in Kashmir simultaneously, says Vivek Gumaste

Drawing an exaggerated, distorted and incongruous parallel between Egypt and Kashmir with the diabolical intent of craftily exploiting the burgeoning global goodwill for democratic uprisings, People's Democratic Party president Mehbooba Mufti declared recently that her party would launch a protest campaign for 'Azaadi' along the lines of the Egypt mass demonstration.

To dismiss this gesture, as just another routine up tick in the constantly oscillating vagaries of Kashmiri politics would be a gargantuan mistake: for there is more to it than meets the eye.

First, the fact that Kashmir boasts a democratic government demolishes the validity of such a move. And second, even the modicum of propriety that this call entails at the outset withers away when one meticulously dissects Mehbooba Mufti's pronouncement to unearth the ulterior motive underlying this ostensible cry for self-determination.

Is the PDP acting as the proverbial pawn? 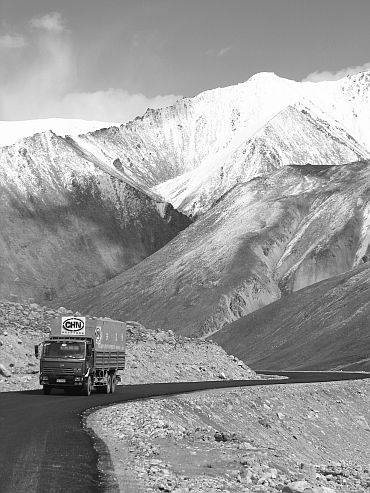 In a power point presentation that embellished this seditious exhortation, the PDP tauntingly exhibited a refigured map of Kashmir that endorsed China's suzerainty over Aksai Chin and the Karakoram region of Kashmir in direct contravention of India's claim.

Then in an attempt to give a secular and modernistic cloak to what is basically a fundamentalist religious movement, the PDP chief invoked the historical Silk Route that was once the hub of commercial activity in the region to demand that Srinagar be linked to the Chinese-built Karkoram highway via Yarkand in China to enhance economic progress.

Neither was the map an accidental oversight and nor was the demand an innocent entreaty. Both underlined a sinister agenda: a ploy to curry favour with China and draw that nation directly into an internal dispute so as to pit India against a stronger adversary as opposed to a crumbling, ineffectual Pakistan.

Or from another perspective: Could this antic be the initial salvo of a larger game plan being carried out at the behest of China with the PDP acting as the proverbial pawn? 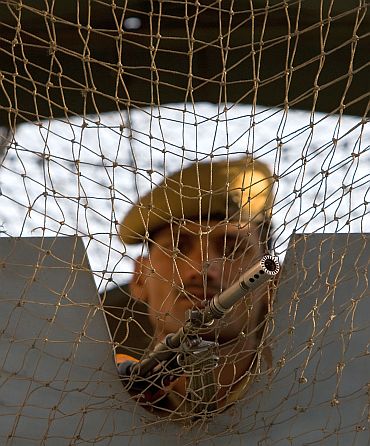 Fuelling this suspicion is China's aggressive posturing on Kashmir in recent times, which raises legitimate concerns of China exploiting India's quandary in Kashmir to stamp its geo-political dominance in the region and further its economic interests; a win-win situation from the Chinese standpoint that kills two birds with one stone.

Acutely conscious of India's growing economic clout that poses a significant challenge to its vision of global domination and extremely wary of India's increasing proximity to Washington, China sees in the Kashmir impasse an opportunity to 'put India in its place'; an action that would send an unequivocal message to both Washington and its aficionados in China's neighbourhood that China will not brook any interference in what it considers to be its geo-political sphere of influence.

And to achieve this end, China considers war to be an acceptable option to counter emerging US alliances in the region as a recent article in the Qiushi Journal, the official publication of the ruling Communist Party of China indicates: "We must send a clear signal to our neighbouring countries that we don't fear war, and we are prepared at any time to go to war to safeguard our national interests." 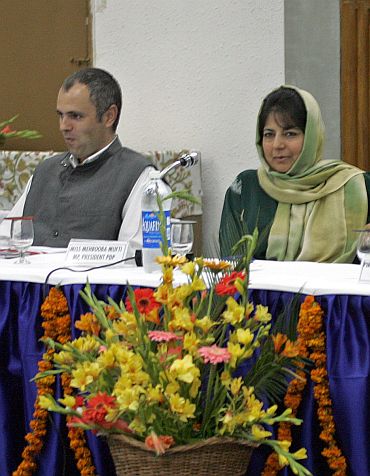 The PDP's pronouncement assumes an ominous significance when viewed against the backdrop of a strategic commentary that appeared on a semi-official Chinese website in 2009 (International Institute for Strategic Studies) wherein a case was made for the balkanisation of India by stoking simmering sub national aspirations that included Kashmir: "China in its own interest and the progress of Asia, should join forces with different nationalities like the Assamese, Tamils, and Kashmiris and support the latter in establishing independent nation-States of their own, out of India."

What is especially concerning is that while India has long been aware of clandestine Chinese support to Maoists and separatist elements in the North East, this incident is the first sign of a possible nexus, purely verbal though it maybe, between anti-national or quasi separatist elements in Kashmir and China.

The PDP despite being a registered political party often espouses policies that smack of separatist tendencies like advocating the free use of Pakistani currency. 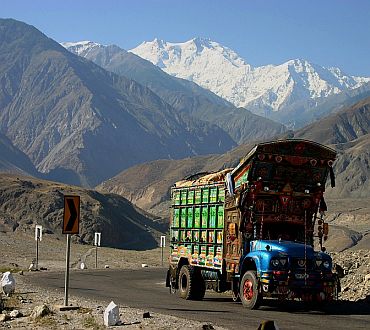 Additionally China has another axe to grind in Kashmir: a pressing economic interest as delineated by the South Asia policy wonk Selig Harrison (China's Discreet Hold on Pakistan's Northern Borderlands. International Herald Tribune, August 26, 2010): "China wants a grip on the region to assure unfettered road and rail access to the Gulf through Pakistan. It takes 16 to 25 days for Chinese oil tankers to reach the Gulf. When high-speed rail and road links through Gilgit and Baltistan are completed, China will be able to transport cargo from Eastern China to the new Chinese-built Pakistani naval bases at Gwadar, Pasni and Ormara, just east of the Gulf, within 48 hours."

India is the fly in the ointment in this Chinese grand design for these crucial links traverse through disputed territory that India claims as its own, including the 5,180 square kilometers of land illegally ceded to China by Pakistan in 1963 to build the Karkoram highway. With an independent, malleable Kashmir, China would resolve this problem once and for all. 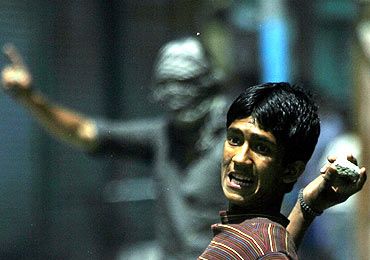 China subscribes to a characteristic modus operandi that involves a calibrated escalation of hostilities, which culminate in a violent military coup de grace as demonstrated by the debacle of 1962.

The last two years have witnessed a mounting Chinese diplomatic offensive like the issuing of stapled visas to Kashmiris and the current phase may represent intensification of this strategy by making common cause with disgruntled elements within India (Kashmiris) -- all in preparation for an all out war that may follow. India should take heed.

India would find itself severely compromised if called upon to handle a border war with China and put down a staged Egyptian style uprising in Kashmir simultaneously.

India must take all measures to ensure that such a predicament does not come to pass by promptly nipping in the bud the subversive activities of China and its minions in Kashmir.