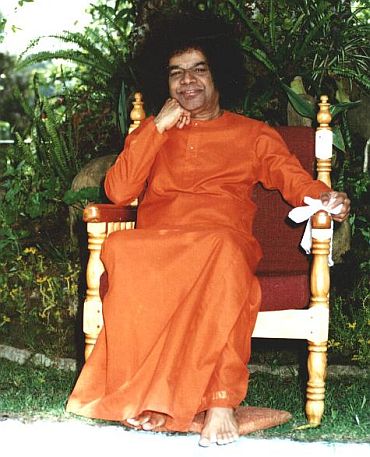 Vicky Nanajappa dared to question Sathya Sai Baba's devotees about the spiritual guru's prophecy that he would live till the age of 96. Here's what he found out

Faith has no bounds in Puttaparthi. Amidst the despair and disappointment over Sathya Sai Baba's demise, there is another aspect that has upset the devotees.

Sathya Sai Baba had in his discourse prophesed that he would live on till the age of 96 after which he would be re-born as Prema Sai Baba.

Rediff.com spoke to some devotees about this aspect. There was anger in the tone followed by a nasty glare when the question was put forth to them; none of them was even willing to admit that this was a prophecy that had gone wrong. 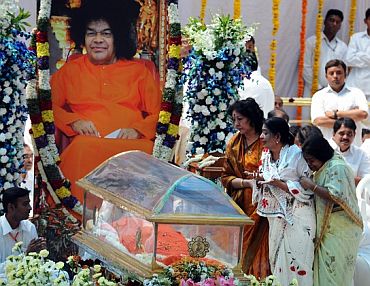 "There is a difference between leaving a body and leaving the earth," a devotee says, adding, "Baba never said he would leave for good. There has never been a mention that his soul would leave us. We must have misinterpreted it. We now firmly believe that only his body has left while his soul will remain with us."

Another person interprets the Baba's discourse in a similar manner.

"He has just left his body. We know for a fact that his soul is very much present over here. His soul will remain in Puttaparthi for the next 10 years and then he will be reborn as Prema Sai Baba in Karnataka.There is no doubt about that," he says. 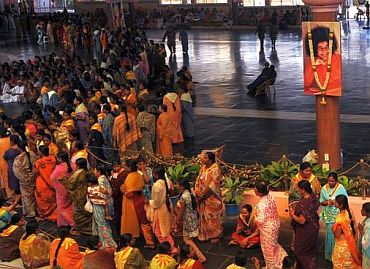 There are others who are finding it hard to come to terms with this fact that Baba left them 10 years prior to what he himself had promised.

"We did not understand what he was trying to say. He must have said that he will leave his body at the age of 85 and his soul will leave 10 years later. Whatever Swami had said did have logic, it is just that we humans failed to understand. Hence, I don't think anyone should try and question that," says another devotee. 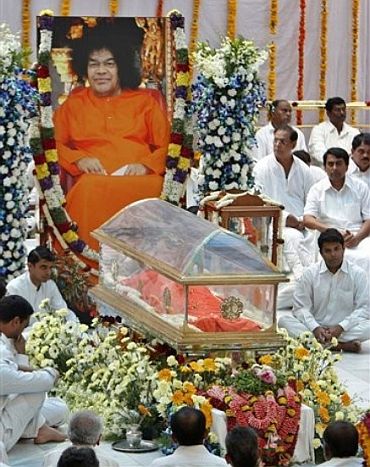 There is also another version to this story.

It is said that Sathya Sai Baba had made it clear that he would re-incarnate as Prema Sai Baba exactly a year after his passing away.

"Baba wanted to take all our pain and leave early. It must not be forgotten that during the same discourse Baba had also said that he will live till 96 but he had also added that if he wished he would leave his body earlier. Baba has done exactly that," his devotees say.

This would also go on to mean that he would reincarnate early and would be born as Prema Sai in 2012. This would be the last of his incarnations.