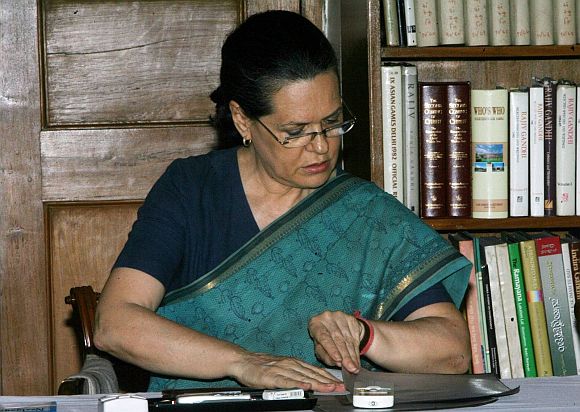 Has Karnataka received a grant of Rs 80,000 crore from the Union government in the past five years?

While United Progressive Alliance Chairperson Sonia Gandhi says that the amount has been granted to the state, Chief Minister Jagadish Shettar has rubbished this claim.

While Shettar has said that they would give out the correct figures soon, rediff.com takes a look at the approximate amount Karnataka has received from the Centre in the past five years.

Ever since the BJP came to power in Karnataka, the state government's general complaint has been that of a step-motherly treatment by the Centre. This tussle has been witnessed in every state where the ruling party at the Centre and the states have been different.

The biggest grant that the Karnataka needed this time around was to tackle the drought situation. The state has been facing the worst drought in almost three decades and the state felt that it needed Rs 5,000 crore to tackle the situation. However, the Union government sanctioned just Rs 270 crore, officials in Karnataka informed. 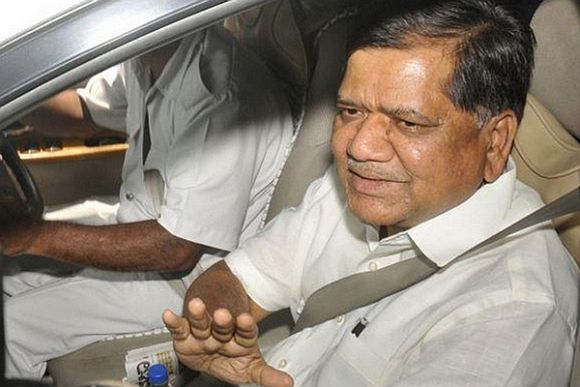 It is alleged that each time the state sought funds for a crisis situation, the Centre had imparted a step-motherly treatment as a result of which the state had ended up fending for itself.

The biggest grant that the state has received from the Centre is for the Jawaharlal Nehru National Urban Renewal Mission scheme.

Karnataka has undertaken around 66 projects under this scheme in both Bengaluru and Mysore at a cost of Rs 4,500 crore. Out of this, the Centre has contributed Rs 1,281 crore so far and the state is awaiting another Rs 1,400 crore. The rest of the money has been sourced by the state government from various agencies.

The Congress in Karnataka is, however, not amused with the BJP government denying the grant of funds by the Centre. It says that there has been no step-motherly treatment and that all funds have been granted in time.

However, the fault lies with the state government for not utilising the funds.

While the state government claims that only Rs 270 crore has been granted for drought related works, the Congress in Karnataka states that the figure is Rs 685 crore.

The BJP government goes on to add that the amount sought was Rs 5000 crore. The Centre, which has set up a committee comprising Congress members in the state, says that the Centre had handed over the grant after assessing the situation.

Despite Rs 685 crore being granted, the state has used up only Rs 65 crore. In addition to this the state has also received Rs 700 crore towards a special grant for the drought situation. 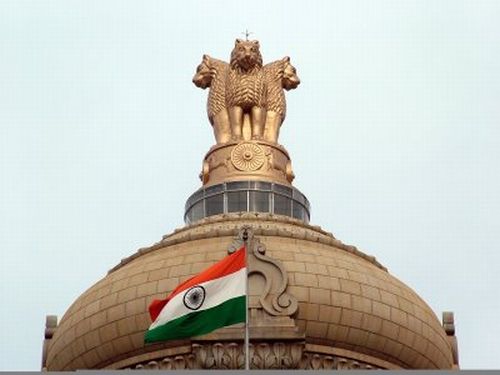 The other grant that the state has received is towards the Mahatma Gandhi, National Rural Employment Guarantee Scheme. While the state says that it has received Rs 2442 crore towards the implementation of this scheme, the Congress argues that only Rs 822 crore has been used up so far.

Towards drinking water projects the government has received a central grant of Rs 936 crore last year and this year the amount towards this project is estimated at Rs 862 crore. The other grants, which include projects involving public transport and other amneties in the state, run up to around 4000 crore.

While the above mentioned figures are acknowledged by the state government, they still say that the amount quoted by Sonia is far fetched. The state government officials have been asked to work on the amount and submit a final figure to the chief minister who would in turn make the same public.

Government sources say, 'the amount of Rs 80,000 crore is far fetched and as per our estimates the figure does not cross Rs 50,000 crore if an estimate were to be drawn out for all the five years.'

The complaint about the Centre not granting enough funds to Karnataka has been on since the BJP came to power.

B S Yeddyurappa, while he was the chief minister, complained about the same when he made several trips to Delhi seeking more funds. The same crib was echoed by Sadananda Gowda and now by Jagadish Shettar.