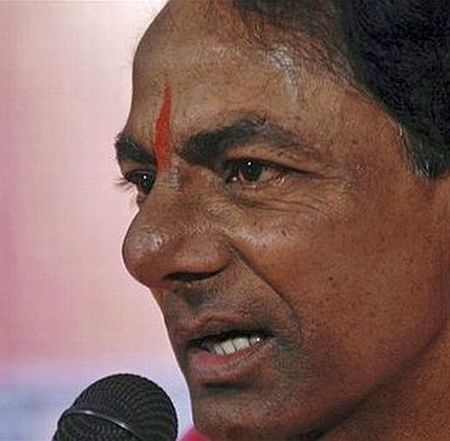 Widely regarded as the father of the Telangana movement, K Chandrasekara Rao's absence during Sunday's massive protest in Hyderabad, which was attended by over 1.5 lakh people, raises questions.

So where was KCR after all?

Rao, the chief of the Telangana Rashtra Samiti which claims to have spearheaded the movement, was in New Delhi. According to many protestors, the TRS chief felt insecure that the movement was no longer in his hands, but in the hands of the people.

Looking at the manner in which the TRS reacted to the Telangana March it is evident that all was not right between the party and the Joint Action Committee.

Many eyewitnesses pointed out that the JAC and the rest of the supporters maintained calm all through the protest, but it was some TRS workers who gave a violent turn to the event. The TRS, however, rubbished the claim.

Sunday's march was planned nearly two months back and a team of the JAC had even visited Egypt to interact with the persons, who took part in the protest over there.
However, there was nobody from the TRS present for this meeting.

It was only at the last minute -- two days back -- that KCR sent out a message stating that people should take part in this march. However, this was not a communication to the people, but a message sent out to the media houses in Hyderabad alone. 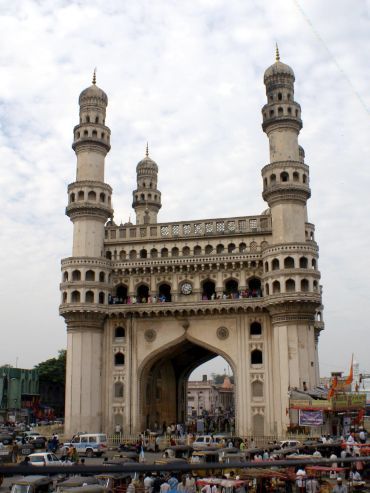 While KCR was clearly not in the picture all through Sunday, his son and some senior party leaders were present only for a couple of hours before they returned home.

Sources in the TRS told rediff.com that Rao was in the capital to pressurise the leaders to set out a road map for the formation of Telangana.

A TRS worker said, "He is not a ditcher. The allegation that he (KCR) stayed at home is also rubbish. Had he been in Hyderabad he would be surely been part of the march. It is important that someone familiar with the movement is in New Delhi to hold talks."

However, some members of the JAC question that if KCR really was in Delhi to hold talks then why did he not do so?

"There is nothing to indicate that he held talks in Delhi. There was no appointment with Vayalar Ravi or Ghulam Nabi Azad. In fact, Ravi and Azad held separate meetings with Home Minister Sushilkumar Shinde about the situation and KCR was not part of that meeting," a JAC member said.

The other interesting aspect is that a majority of the Telangana protestors feel that the Congress is their biggest enemy and that it is they who are stalling the formation of the state. 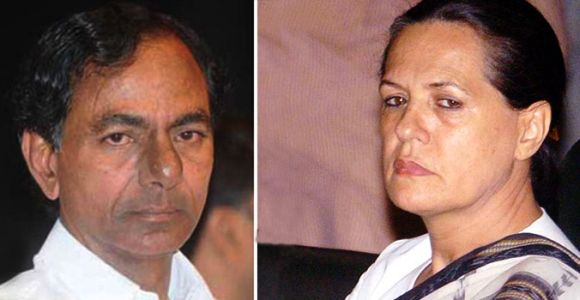 Some protestors say that KCR wanted to ensure that no announcement was made immediately. The Telangana issue is his biggest trump card and if the state is formed this very moment, then his political road map would look very shaky.

The Congress, on the other hand, is trying its best to delay the formation until 2014 when the next assembly elections in the state are held.

The TRS too senses this and has been trying to work an agreement with the Congress.

KCR has been trying to push for a merger, but the Congress has not shown any interest at the moment. For KCR it is a better option to either merge with the Congress or ensure that the movement is on, as this has always been his prime agenda in every election which has yielded results for him and his party.

Many in the Telangana belt feel that KCR is extremely insecure about his political prospects at the moment. He realises that the Congress is playing him till the very end and also the movement, which was under his control for a long time is slowly slipping out his hands.

The crowd at the Necklace Road on Sunday was just an indication that the movement still has a massive strength irrespective of the TRS being part of it or not.