Sign in  |  Create a Rediffmail account
Rediff.com  » News » What you should know about Donetsk, the crash site of MH17 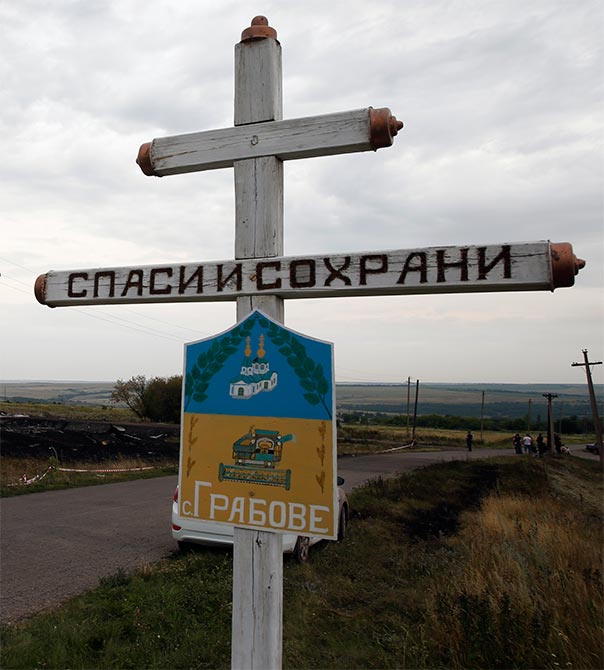 Image: The village sign of Grabovo near the debris of the Malaysia Airlines Boeing 777.
Photographs: Maxim Zmeyev/Reuters

Till Flight MH17 was gunned down and crashed in a wheat field, many had not heard of Donetsk in conflict-torn eastern Ukraine.

Grabavo, where Flight MH 17 exploded and crashed in a field, is in the eastern province of Donetsk.

It is under the control of pro-Russia separatists and has been the site of severe fighting between pro-Russia rebels and the Ukraine government, headquartered in Kiev.

In the mid 1920s, its name was changed to Stalino after Josef Stalin, the dictator who ruled the Soviet Union till 1953. It was renamed Donetsk in 1961 during Nikita Krushchev's brief regime.

Ukraine gained independence from the Soviet Union in 1991. Sergei Bubka, arguably the greatest pole vaulter in history, is from Luhansk, south-east Ukraine. 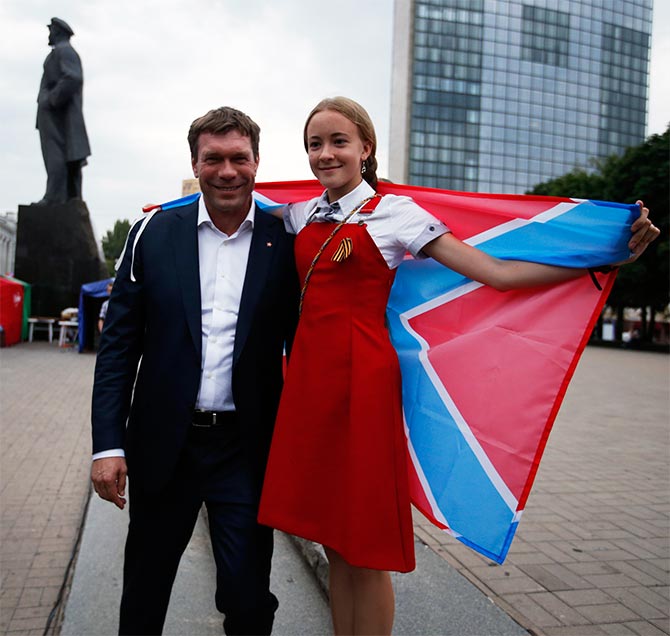 The Ukrainian conflict has claimed at least 500 lives since Russia annexed Ukraine's Crimean peninsula, encouraging the rebels who have occupied much of Ukraine's Donetsk and Luhansk regions.

The crash site is around 40 kilometres from the Russian border.

Its capital Kiev is the eighth largest city in Europe. 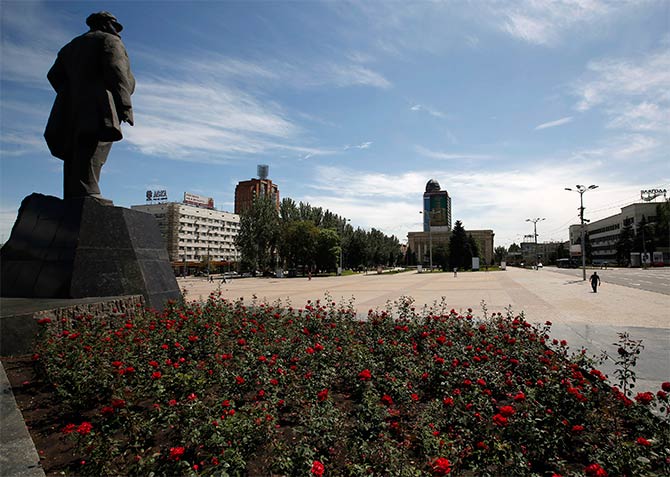 Image: The central square near a statue of Lenin in Donetsk.
Photographs: Maxim Zmeyev/Reuters

Donetsk was founded 145 years ago by a Welsh businessman to start a steel plant and coal mines in the south of the Russian Empire when Russia was ruled by the Tsars.

The Tsars ruled Russia for nearly 350 years till the Bolshevik Revolution of 1917. Tsar or Czar is Latin for Caesar, the title of the Roman Emperors.

Donetsk province was destroyed in the Second World War. It was occupied by the Nazis for nearly two years. 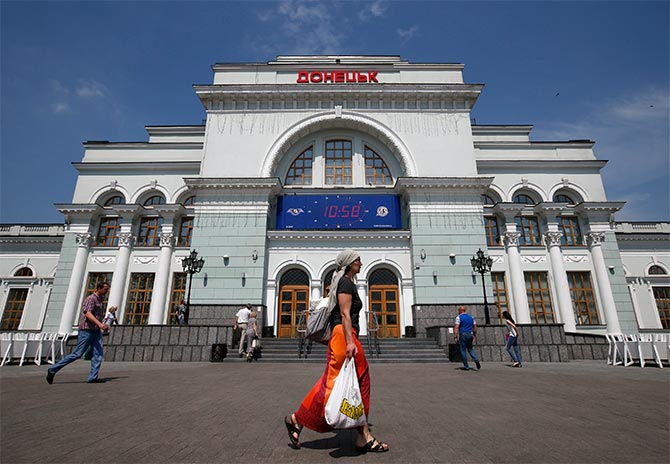 After the 2014 Crimean Crisis, pro-Russian rebels in Donetsk declared independence from Ukraine and held a referendum on separating from Ukraine in May.

Rebel leaders said an overwhelming majority of people voted for separation, but Ukraine refused to recognise the referendum.

Ukraine is not the only former Soviet State that has border problems. Russia and Ukraine blame each other for the horrifc tragedy of MH17.