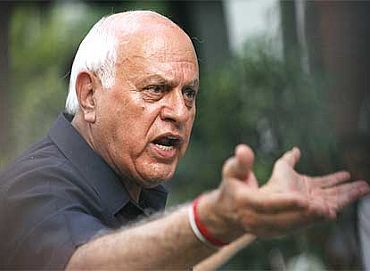 "No Minister has the right to brief about internal deliberations of the Cabinet until and unless decided by the Cabinet as it is the violation of the oath of secrecy," Abdullah, who is the Chairman of Jammu and Kashmir Cricket Association, told mediapersons.

Abdullah said Maken should look at the stadia which are under his control and ensure their good upkeep so that athletes get a chance to compete at international level.

"He has violated the secrecy clause of the Cabinet and we will take it up deliberately at the next Cabinet Meeting," said the Minister who was present in the Cabinet meeting where the draft of bill presented by the Sports Minister was rejected.

The minister also told a television channel that there was nobody who was against Right To Information.

'We are not against RTI' 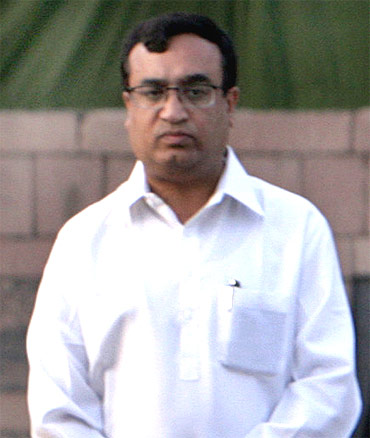 "There is nobody who is against RTI. None of us. I think Maken should realise that whatever happens in meeting cannot be discussed outside. What kind of minister is he? We are not against RTI. What is there to hide? They (Board Of Control For Cricket In India) are not getting any money from Government of India at all. So what sort of thing is he asking," he said.

He, however, added that he did not wish to take up the matter with the Prime Minister.

The Bill presented by Maken aimed at putting a age cap of 70 years for the heads of the sports bodies and also put them under the ambit of the Right to Information Act thus bringing more transparency in their affairs.

The Bill in the present form however was rejected during the Cabinet meeting attended by several ministers who have interests in the management of the sports and Maken was asked to come with a different draft of the Bill.

Maken had said the condition to bring sports bodies under the RTI Act will remain in the new draft as well.

"I am sorry whatever he says. I am sad about it. The way he goes around saying it is in the national interest. That's all I heard. We are not against national interest. Let that be known to Mr Maken, a new Bill will come, we will look into the bill and after that Cabinet will decide," Abdullah said.
More
© Copyright 2022 PTI. All rights reserved. Republication or redistribution of PTI content, including by framing or similar means, is expressly prohibited without the prior written consent.
Print this
article