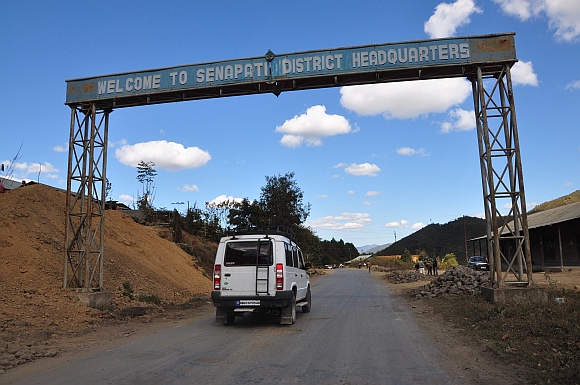 In the northeastern Indian border state of Manipur, there is a lot to despair over. But there is also hope, finds Sumit Bhattacharya.

This is the third part of a series.

Part 1: Why you haven't heard the last of the Manipur blockade

Part 2: The land of no Bollywood for the last 11 years

In Manipur, it is difficult to go into the interiors if you don't have someone local with you. You are told stories of what happened when a media team went into some remote villages in the hills.

Someone had set it up -- for the media team to visit -- with one of the state's nearly 40 militant groups. Somewhere along the line the communication did not reach. So, the driver of one of the media team's cars spent two hours cleaning his car window -- just to not attract attention to himself -- while the reporters had guns pointed at their heads. The communication was being sorted out.

For someone not used to living with insurgency, Manipur is a different world. Everything you take for granted -- like electricity, Internet, ATMs, cell network -- needs a recheck.

In Imphal, the capital city of Manipur, an average household gets six to seven hours of electricity -- unless you have a 'VIP' connection.

Corruption is rampant, all pervasive. It is supposed to be a dry state, but you can choose what you want to drink. There is something called a hawa bill, which means the government is billed for a project that does not exist in reality.

In February 2009, Dr Thingnam Kishan, a sub divisional officer, objected to National Rural Employment Guarantee Act development funds being looted by fudging population figures in Ukhrul district. He was hacked to death along with two of his staff.

Even now, top government officers are scared that if you quote them by name, militants will kill them.

A lot of central funds are also being poured into Manipur. On December 3, Prime Minister Manmohan Singh said in Imphal that New Delhi is considering incorporating Rs 6,000 crore for the state in the 12th Five Year Plan.

'They look upon the northeast simply as a transit point' 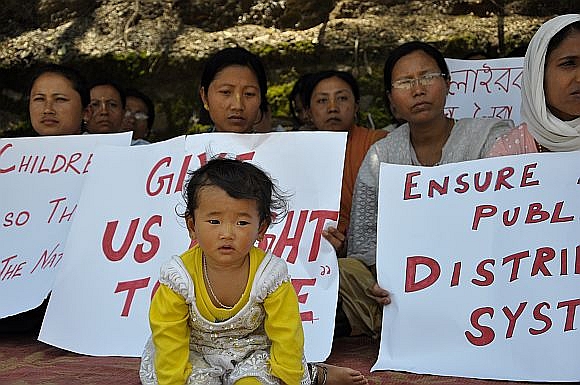 India's foreign policy now has a Look East doctrine, which is also encouraged by the United States. What it means is that New Delhi is looking to do more trade with South East Asia. And Myanmar -- Burma of yore -- is expected to emerge from its isolation and become a huge market that will buy goods from India.

But on the ground, the situation is different: The United Naga Council, an umbrella body of Naga tribal organisations, has already vowed to stop work on the trans-Asian railway line from India to Myanmar from December 16.

"India is looking east from Delhi and Calcutta," says Irengbam Arun, editor of the Manipuri daily Ireibak. "While they should be looking east, west, north, south by standing in the northeast. It's the big industrialist in Delhi or Calcutta that is looking east. They look upon the northeast simply is a transit point."

"There is no governance (in Manipur)," says human rights activist Babloo Loitongbam. "In the heart of Imphal West, schools don't work. The Pubic Distribution System does not work. There is no sanitation..."

The problem is also of legitimacy, he points out. In 2006, Dr Singh assured the people of the northeast that his government would replace the Armed Forces Special Powers Act with a 'more humane law'. Five years later, when he visited Manipur on December 3, he made no mention of the AFSPA at all.

He inaugurated a host of buildings, including the new assembly secretariat and the high court, and spoke of a train line by 2016, new highway by 2013, a 1,500 megawatt electricity project, schools, four more hospitals in hill areas, etc.

It was not lost on anybody that the prime minister and his party chief Sonia Gandhi came visiting just as the state begins the run-up to the elections in February. Manipur has been ruled by a Congress-led coalition government for the last 10 years.

"Pouring in money means nothing," says Arun. "Because the leaders have been brought up in the culture of corruption. Politicians here, most of them big contractors, have begun to think that money can always buy votes. These big thekadars will construct lanes, nursing homes from their own pocket. In a nearby constituency it is said that one big thekadar distributed Rs 3,000 for every household. A new breed of politicians has come up -- these big thekadars -- so the professional politicians also seem to have no other option but to follow suit. They are also getting into the contracts business and (getting) funds by establishing NGOs. Big funds from central ministries taking up big projects like for weavers, handloom, etc."

Just an example of what he is talking about: A fertiliser monitoring committee found on December 11 that out of Rs 2 crores meant for fertilizers to farmers during the blockade, only Rs 78,10,600 was used for fertilisers and the remaining Rs 1,21,89,400 was 'misused'.

'When the ADC elections were held the Nagas suddenly stood up' 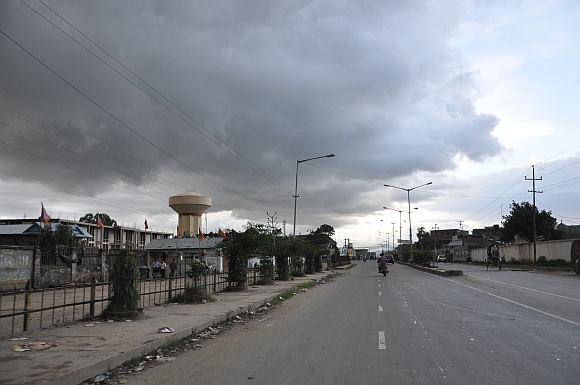 The prime minister, addressing 50,000 people -- despite the mandatory bandh call by some militant groups -- at the Kangla Fort in Imphal on December 3, also lauded the state government for holding elections to autonomous district councils after 20-odd years.

The Naga tribals object to such councils, saying that they violate their age-old village elders system. Others say the people in the hills want the ADCs, but the leaders do not.

"A former governor told me that the hill leaders did not want it (ADCs) and the people were demanding it," says Pradeep Phanjoubam, editor of the Imphal Free Press. "When the ADC elections were held the Nagas suddenly stood up (against it). So I think that protest was a proxy protest by the (outlawed) NSCN-IM (Nationalist Socialist Council of Nagaland Isaac-Muivah faction) which doesn't want to dilute its claims for a Greater Nagalim. The Sixth Schedule (Provisions for the administration of tribal areas in Assam, Meghalaya, Tripura, and Mizoram) thing was also almost given -- these kinds of things they (the Naga leaders) never bring up."

"The tribal leaders are also so rich," says Loitongbam. "Whose money is it? Just sending money is not the solution. The problem is that people here are seen as the problem."

Manipuris, once you get to know them, are incredibly warm-hearted.

In Naga houses, you will be fed the best pork you will ever eat.

In Kuki areas, people force-feed you tea and spicy chana (incredibly hot!) if you just sit down to talk to them.

In Meitei homes, you will be stuffed with every kind of local delicacy possible even during a four-day bandh.

Strangers will help you out. And if you bump into someone you knew ages ago, he will abduct you from your hotel room and make sure you stay with him.

'Whatever you say, people still work' 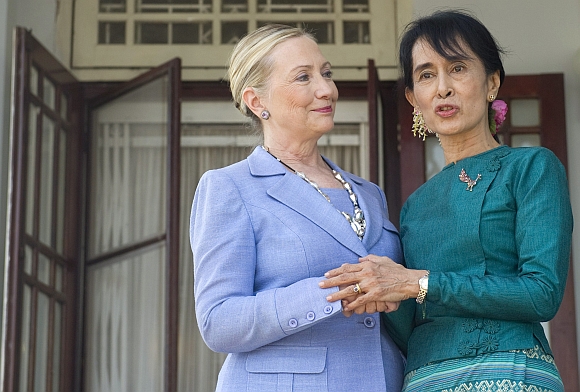 There is hope for Manipur because of its people, believes Phanjoubam.

"Whatever you say, people still work," he says. "Those in the government services get lazy, but those who are fending for themselves really fend for themselves. They will work for a pittance, without complaining too much because they know it's the only thing available."

"A few years ago, some people from (South) Korea came here," he explains. "And they said it's very much like Korea 30 years ago. Although the non-government sector (employees) are still very poor, that work culture is there. If there is a larger policy to nurture them they can really grow. And they will be the saviours, not the government sector. The government sector is already saturated."

"They are good carpenters, they are good with their hands. Which if they find a market they can sell, as in the case of Bangladesh where the multinationals are now rushing for their factories. Same with South East Asia and China, where it all began. So, if that value-addition kind of industry is there. Say, you want to assemble Bose speakers and sell it to Burma; if you want to have an assembly plant in Manipur you'll have enough people to work for that. Because there are people who have those skills."

He adds, "And Burma is opening up. This can really be an opening for the entire northeast."

India's Look East policy, coupled with the opening up of Myanmar, can be a "booster for the northeast," he believes.

"That country is hungry," Phanjoubam says. "All their neighbours have been growing and it's the only one left behind. The people there are hungry for development. I think it's going to grow fast."

Watch out for the last part of the series: Meeting Irom Sharmila