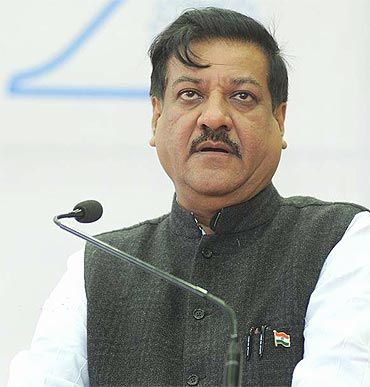 In an Exclusive Interview to CNN-IBN, Maharashtra Chief Minister Prithiviraj Chavan speaks about the conditional clearance to the controversial Lavasa project, and the tie up with Nationalist Congress Party in the run up to the Brihanmumbai Municipal Corporation elections.

Excerpts of the exclusive interview:

On being tagged as an outsider in Maharashtra politics

Well I had a job to do, and I've always done it. It was very special circumstance. The Congress party wanted to stablise the situation in Maharashtra. We were the leading coalition govt in Maharashtra from quite a long time and suddenly these developments took place and decision was taken and I was finally shifted here.

It is totally different experience. I always worked hard after a few months, it took me time to take decisions. How do departments to be organised, how do files in Marathi work... all that took some time to understand.

But I think after some time, since I worked in Delhi as a minister also handling many portfolios, it was not difficult to get along with that.

On Pawar's backing to Lavasa project and condition clearance by MoEF

It's just a coincidence as nothing could be far from the truth. I went to Delhi on November  4 in order to attend chief ministers' conference organised by  India Today and I m really happy that Maharashtra has been rated as No 1 state as far as performances go last year.

Since I had four to five meetings lined up including morning meeting with Mr Pawar , the finance  minister, Congress President Sonia Gandhi , Information and Broadcasting Minister Ambika Soni , Environment minister Jayanthi Natarajan and some other ministers.  I had nothing to do with setting dates for my visit as it was India Today's summit."

On pressure from NCP in giving clearance to Lavasa 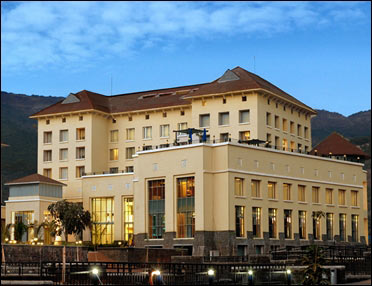 No! I mean the point was, there was pressure from the court to prosecute Lavasa immediately. The prosecution of Lavasa has been done as per court directions. Following that, I discussed the issue with the environment minister and said that that it was a major investment in the state.

If they were violators of the law, which they were, according to the environment minister, then they must face the consequences.

Having fulfilled all the conditions which the environment minister had put, then I think they were entitled to a clearance for the Phase 1 that is given today as per the law. There is nothing which is specially done other than law of land, other than court directions."

On review of Special Planning Authority to Lavasa

That is a fact. The previous government had given Lavasa a status of a special planning authority. I have discussed with officials, who have said that this kind of status is not given to just any company.

It is given to public sectors such as Naya Raipur Development Authority, Maharashtra Industrial Development Corporation, but never to any private company . Now it is legally tenable or not that's one issue.

On Anna Hazare's letter on Lavasa 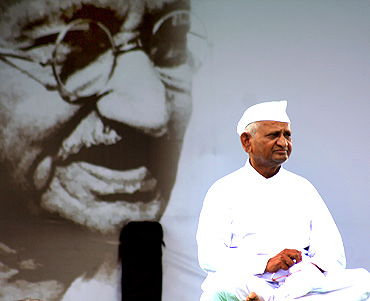 Unfortunately may be my statement has been  misunderstood because I didn't meet the environment minister that day. I assured Anna Hazare and all that let the rule of law pervail.

If environment ministry's conditions are fulfilled, they should act. If not, then they should not permit.

On the Lokayukta issue, I am very clear. Maharashtra has a Lokayukta, what we could do is that the Central government could enact Lokpal Bill which will incorporate the Lokayuka Bill which the state unit will enforce alternately.

I request the leadership that central government should enact a model Lokayuka act, which will be enacted in an assembly on appropriate time, so that there is no competition between the states that states.

Anna Hazare has cooperated with the State government very closely. He took out corruption charges against ministers and they had to resign. We always found Hazare reasonable.

I don't know what has happened, who is he being advised by. There is clear political intent, particularly unfair of him having given the Central government time until the winter session to pass the Bill, to start campaigning against the Congress, and helping a party which ideologically Congress is fighting from quiet some long time. 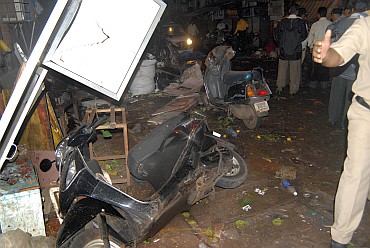 I think there are leads. Over 200 people are chasing the leads. There are lots of people  being followed. Yes, major arrests have not happened yet, but I can assure that as we get to the bottom of it, we will expose the whole network. I can't tell you any more than that.

On the NIA taking over the 13/7 blast probe

I don't think it is correct, we had many meetings and the National Investigation Agency is cooperating with the Mumbai police. Other agencies are cooperating as well.

The fact remains that we have huge man power, which the NIA does not have. If NIA wants to take over the case, guide us, they are already doing that. I don't think there should be any objection.

On child malnutrition deaths in Melghat 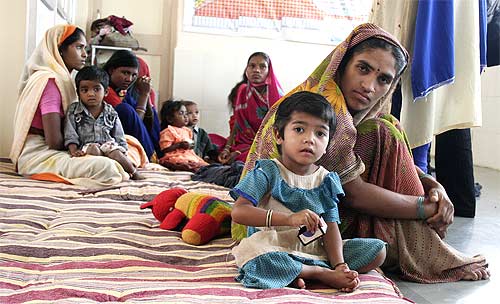 Melghat and Dharini are in the Adivasi belt. The infant mortality rate is very high there. I've visited those areas in the first months of taking over as the CM. The number of institutional deliveries have gone up.

Doctors not  reporting for work is a fact, and we are trying to incentives the doctors serving there. We are facing a real problem of specialised doctors going and serving there.

But the situation is improving. Any death is alarming and it should not happen. Many Non-Governmental Organisations are working there and I think gradually we will win the battle.

The whole chemistry of the coalition government lies in dividing the portfolios  according the strength. In Delhi coalition, the ratio of the Congress party is very high.

In Maharashtra, both the parties have an almost equal position. Therefore, portfolios have been divided on similar lines. In my earlier statement I had just stated facts.  Anywhere the major portfolios are with the chief minister. We have a common ideology and I don't have any reservations about working with them.