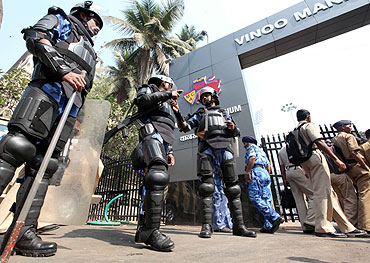 The terror threat to the just-concluded cricket World Cup was thwarted, but this has only fuelled anti-India sentiments. Islamist extremists are bound to strike again and intelligent and security agencies cannot afford to relax, warns senior analyst B Raman.

The intelligence agencies and police teams from India, Bangladesh and Sri Lanka deserve to be complimented for the effective and coordinated manner in which they managed to maintain security and thwart planned acts of terrorism during the nearly two-month period during which they hosted the matches of the cricket World Cup tournament.

The terrorists based in the Af-Pak region were not without plans to disrupt the matches, but their plans were detected and neutralised in time by prompt intelligence and effective physical security. The role played by the intelligence agencies of the United States and other countries in collecting whatever preventive intelligence they can and sharing it with their counterparts in the three countries needs to be acknowledged and applauded. 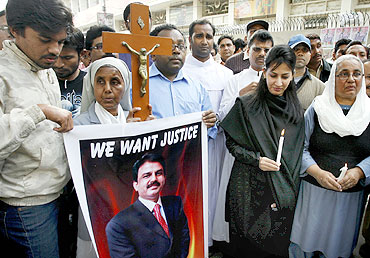 The terrorists and other extremists were thwarted in carrying out their plans, but their capabilities and determination to spread death and destruction remain intact. The octopus of jihadi extremism and terrorism is not dead. It is alive and kicking and has started moving again.

This should be evident from the assassinations of Pakistan's Punjab Governor Salman Taseer and Minister for Minority Affairs Shabaz Bhatti, and the two unsuccessful attempts to kill Maulana Fazlur Rahman, the amir of the Jamiat-ul-Ulema Islam Pakistan.

Taseer and Bhatti were killed brutally because of their opposition to the blasphemy laws. Rahman was believed to have been targetted for suggesting a re-look at the most obnoxious provisions of the law. 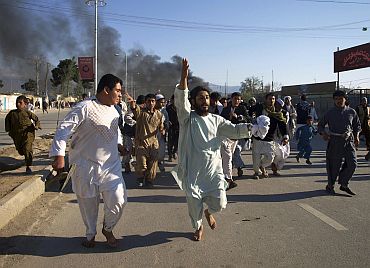 The octopus has started moving in Afghanistan too. This became evident from the brutal murder of eight employees of a United Nations agency on April 1 by a violent mob protesting against a recent incident in the United States in which a pastor allegedly burnt a copy of the Quran.

This has been followed by violent incidents in Kandahar over the same issue on April 2.

'Don't get blinded by Mohali meet' 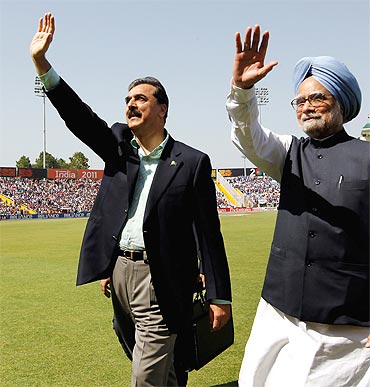 The feel-good atmosphere in India-Pakistan relations generated by the meeting between Prime Ministers Dr Manmohan Singh and his Pakistani counterpart Yousuf Raza Gilani at Mohali on March 30 should not blind us to the movements of the jihadi octopus. The anti-India and anti-Hindu poison being propagated by the jihadi organisations shows no signs of slackening. Their anti-India infrastructure is intact.

The octopuses of terrorism have many hiding places in Pakistan from which they can strike at India. They are bound to strike India sooner or later to convince their followers that the anti-India jihad has to be continued until final victory -- let Mohali be damned.

'Post-WC euphoria is natural, but security agencies should not slack' The post-World Cup euphoria is natural among the general populace, but it should not lead to a slackening of vigilance by the intelligence and security agencies, including the police. In fact, there is a need for even greater vigilance today than ever before.

How to keep the carefully-calibrated re-engagement process initiated by our prime minister moving forward without slackening our vigilance and determination to fight terrorists operating from Pakistani territory? That is a question to be constantly addressed by the political leadership and the security bureaucracy.

The proposed re-engagement is with the state and the secular civil society of Pakistan, but not with its jihadi civil society. Our policy of eternal vigilance and confrontation against the jihad has to continue unrelentingly.