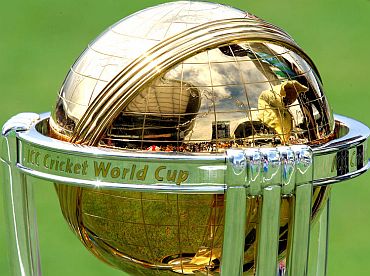 Even as the nation gears up for the cricket world cup final on April 2, intercepts continue to trickle in regarding the terror threat to the event.

Earlier, it had been reported that the threat to the world cup is a serious one. The Intelligence Bureau says that there is no reason to take this threat lightly, as foreign intelligence agencies too have provided enough inputs on the same threat.

The police had been claiming that 17 people from across the border had already slipped into the country and purchased tickets for the finals. As of today, the fresh warnings indicate that some men from the Punjab region in Pakistan could enter into India through the waters and then stage an attack on the venue (Mumbai's Wankhede Stadium) where the finals will be played.

The IB says that their intercepts make it clear that the threat perception is highest in Gujarat and Maharashtra. 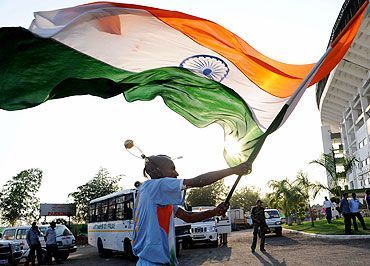 The attackers could come in buddy pairs and can number up to 15 members when they stage an attack, the IB has warned. However, as per the information which is with India, the attack could be two fold.

The attacks could be either be a fidayeen (suicide) attack or a chemical attack. The warnings make it clear that the attacks do not necessarily have to be around the stadium but could be carried out on soft targets and other important installations in Gujarat and Maharashtra. The idea is to vitiate the atmosphere, the IB points out.

The man to look out for in this entire operation is Zabiuddin Ansari, who had played a major role in the German Bakery blasts.

The IB dossier on him suggests that he particularly specialises in Maharashtra and Gujarat and going by the latest threat on hand, it is pretty obvious that Lashkar would have handed the job to stage an attack over to him. The dossier further claims that Ansari, Rahil Sheikh and Abu Jundal -- all Lashkar operatives -- had worked in tandem during the train blasts of 2006. Today each one is housed in Pakistan and were part of the ISI-sponsored Karachi project, which speaks of staging a series of attacks on Indian soil.

Sources point out that for the world cup attack, Ansari has taken the lead role due to his familiarity with the areas. During his stint in India, along with Sheikh and Jundal, he had set up modules in both the states. The sleeper cells, which provide only logistical support, are still very much active.

Intercepts would also go on to suggest that the route used to gain access into India is through the waters. IB suggests that while the fidayeen squad may use the sea route, another team specialising in chemicals had been housed in Nepal. 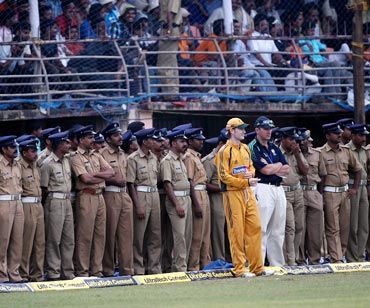 Security experts say that in such a scenario it is insufficient for only the police department of the states in question to act on this threat.

Lashkar cells from various parts of the country could be involved in this operation and hence it is necessary that the police forces from all states stay on their toes to neutralise any threat.

Ansari has been playing the lead role in this operation for over a year now. The Lashkar usually plans well in advance and it also has on it a lot of information given by American operative David Headley pertaining to both these states. 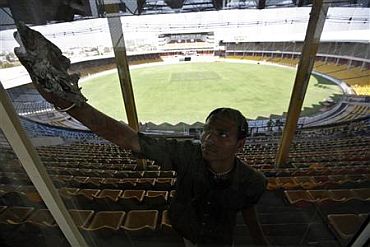 Home Secretary G K Pillai had said a couple of months back, before US President Barack Obama's visit, that there is a major threat lurking considering that a lot of information handed out by Headley is still in Lashkar's possession, which could be used at any point of time against India.

The police have been on the lookout for Ansari ever since the train bombings. The closest they came to him was in the year 2006 when an operation was launched to arrest Ansari who was with Sheikh at that point of time. However, both managed to give the police the slip.

Ever since the train attack, Ansari has shuttled between Pakistan and Nepal, and has also been recruiting youth to join the Lashkar. Today, he holds the position of a commander in the Lashkar and is largely responsible for any operation in Maharashtra and Gujarat.