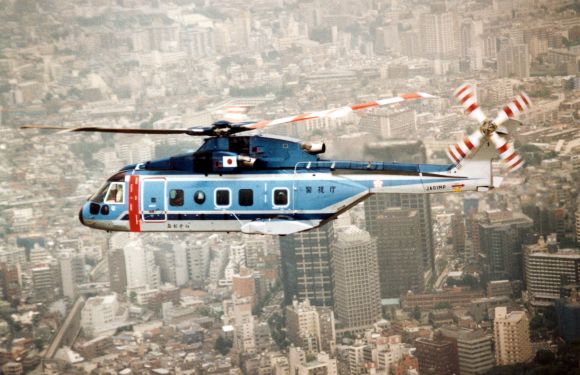 Italian defence company, Finmeccanica, is grappling with allegations that kickbacks were paid in group company AgustaWestland's Euro 560 million (Rs 3,880 crore) sale to India of twelve AW101 VVIP helicopters, which are intended to fly Indian dignitaries in safety and comfort.

Given the MoD's penchant for "blacklisting" arms vendors suspected of wrongdoing, the defence industry is watching developments with bated breath. Any ban on Finmeccanica would mean that recent contracts won by group companies would be up for grabs again.

Hanging by a thread is a torpedo contract won by Finmeccanica company, WASS, which could eventually be worth a billion dollars. On the verge of being signed is a Rs 1,700 crore contract for 98 Blackshark heavyweight torpedoes for the navy's six Scorpene submarines. This could lead to an automatic order for 98 more torpedoes for the navy's next six conventional submarines that will be built under Project 75I. And India's nuclear ballistic missile submarine (SSBN) fleet, which will feature six submarines like the INS Arihant, would require another 98 torpedoes. At stake here, therefore, is more than Rs 5,000 crore.

The heavyweight torpedo is the Scorpene's primary armament against enemy warships. Fired from six torpedo tubes, a battery propels it through the water, homing in on vessels that are up to 50 kilometres away.

India's order is make-or-break for the world's two big builders of electrical torpedoes --WASS and German company, Atlas Electroniks. "This potential Indian order is crucial for the future of the heavyweight electrical torpedo industry. It is larger than all the other international orders combined," says an expert on the global naval weapons trade. 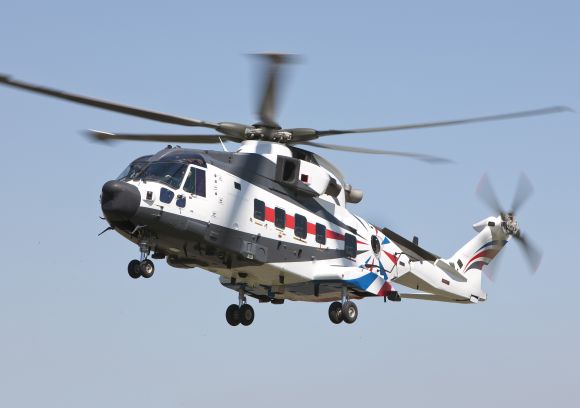 Atlas Electroniks has repeatedly, and unsuccessfully, challenged the MoD's January 12 2010 selection of WASS's Blackshark torpedo, at the expense of Atlas' Seahake torpedo. On January19, Atlas complained officially to Shashi Kant Sharma (who headed the MoD's acquisition wing and is now the defence secretary) accusing the MoD of rigging the selection to favour WASS; Atlas, says the complaint, was brought in only to create a false impression of multi-vendor procurement.

But in fact, says Atlas, the MoD's tender (Request for Proposal, or RfP) makes the vendor "responsible for seamless integration and/or interface of the torpedo with the (Scorpene submarine's) combat system." The Blackshark alone fulfilled this requirement, since it was developed by WASS in collaboration with DCNS, which builds the Scorpene.

This, pointed out Atlas, violates the Defence Procurement Procedure, which states (in Para 13) that the user requirements "must not prejudice the technical choices by being narrow and tailor made."

Atlas buttresses its allegations of a rigged procurement by pointing out that the MoD's Technical Evaluation Committee (TEC) had cleared its plan for integrating the Blackhake torpedo into the Scorpene submari#8800 but then rejected it in field trials (termed No Cost No Commitment, or NCNC trials) in which the torpedo was physically operated and verified). If the TEC had rejected Atlas, this would have been single-vendor procurement, requiring a special sanction. But the DPP (Para 70(a) of Chapter 1) says that if more than one vendor is cleared by the TEC, the procurement would not be deemed single-vendor even if only one vendor clears the user trials.

"We now have got the strong impression that a procedure has been engineered here, where ATLAS has been taken through to the NCNC stage with an intention of rejecting ATLAS at this stage. Unfortunately, the reason for rejection conflicts with what has previously been accepted by the TEC and approved by the MOD", Atlas wrote to the Acquisitions Wing.

Atlas' flurry of complaints to the MoD's Acquisitions Wing; the Central Vigilance Commission (CVC); and to Minister of State for Defence MM Pallam Raju, have all been rejected. 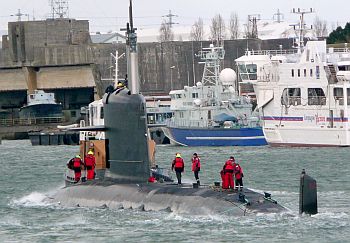 Sources close to WASS point out that MoD had little choice but to lay down that the torpedo must be compatible with the Scorpene, since the torpedo was being bought for use in that submarine.

DCNS, the Scorpene vendor, which had also co-developed the Blackshark with WASS, wrote to the MoD warning that the Indian Navy might face a delay in the first two Scorpene submarines if Atlas' Blackhake torpedo was to be integrated onto them. At that stage, the Scorpene programme was already running three years late.

The outcome: in field trials, the MoD rejected Atlas' plan for integrating the Blackhake onto the Scorpene, a plan that it had accepted during technical evaluation. And WASS's commercial bid for the Blackshark torpedo was the only one that the MoD opened.

"The Italians and the French obviously worked together to make this happen. And this has opened the door for WASS to charge an arbitrary price, since this has become a single vendor procurement," says Commodore Arvind Mathur, the former head of the Scorpene Project who has worked with Atlas Electroniks on this tender. WASS was contacted for comments but refused to make any statement.

The flow of leaks from an Italian investigation into Finmeccanica's Indian dealings has placed the MoD on edge. And amongst those with stakes in this contract, nobody has forgotten that on March 5 2012, the MoD had banned four global arms vendors from doing business with the Ordnance Factory Board (OFB), even though wrongdoing has not been proved.