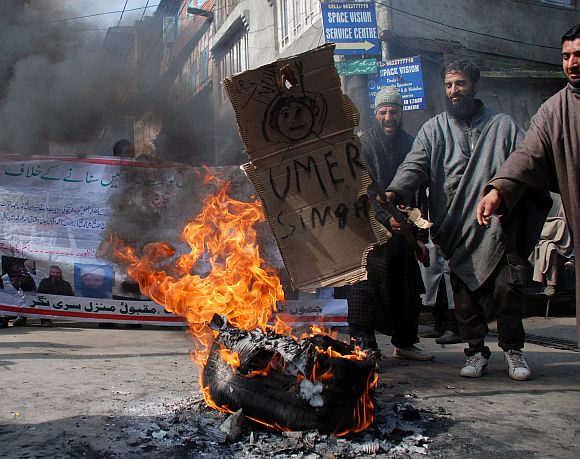 At least a dozen persons were injured in protestor-security force clashes in the curfew bound Kashmir Valley following the execution of Parliament attack convict Afzal Guru.

The curfew and security apparatus was rolled out hours before the execution took place in New Delhi's high security Tihar jail.

The day-long clashes in Guru's home town Sopore and adjoining Baramulla left a dozen persons wounded, three of them critically. 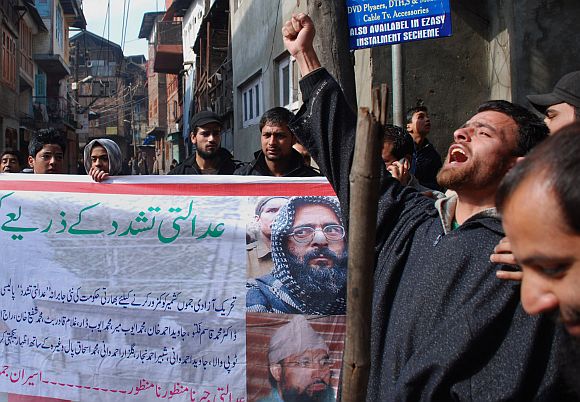 Ghulam Ahmad Khawaja, the deputy commissioner Baramulla told rediff.com that 11 persons were injured during the clashes in which the security forces used tear smoke and baton charges to disperse the violent mobs.

All the injured were hospitalised, Khawaja said.

He, however, denied security forces had opened fire to control the situation in Baramulla town and Doabgah where mobs tried to march to the home of Guru. 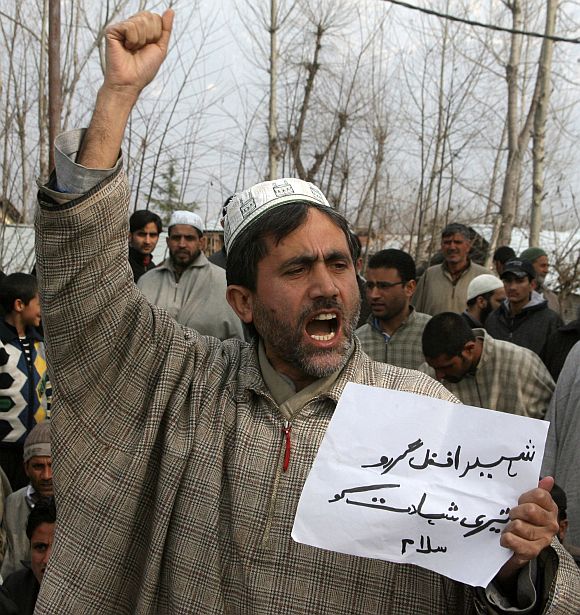 In Srinagar and other towns, people offered congregational prayers for the executed Guru. One person was injured in clashes in Habbak locality of Srinagar.

In a statement, the party said: "We have learnt about the execution of Mohammad Afzal Guru with a sense of disappointment. We believe that whatever the requirements of legal process, there was a need for the government to take into consideration the overall political impact of this execution, which is why the option of mercy has been provided under our constitution."