Sign in  |  Create a Rediffmail account
Rediff.com  » News » View: MPs have to justify that people are wrong 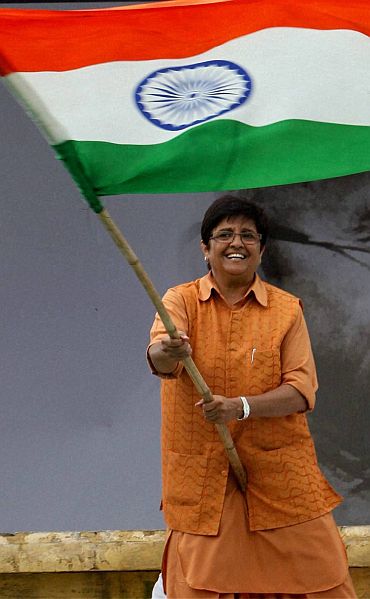 If what is said about them is only a perception, then lawmakers ought to bother about it and correct it by deeds, writes Mahesh Vijapurkar

If I were to justify Kiran Bedi or Om Puri for their expression of disgust and anger from the Anna Hazare platform at Ramlila maidan, I could be picked on for breaching the privilege of Parliament, which has seen members giving notice of against the duo for this alleged misdemeanour.

However, it is possible to explain why they said what they did so that the MPs themselves understand better the people's perception of a politician, especially elected politicians as a class.

Trying to delve into people's mind is decidedly in the politicians' interest. Especially those who intend to seek re-election.

A few points for their consideration:

One, Puri spoke of how the lawmakers throw microphones at each other. Only days after his fulminations, and coincidentally a couple of hours after the notice of breach of privilege in Parliament, television screens flashed the news that a legislator had hurled a slipper at another in the Rajathan assembly. That is something to think about. 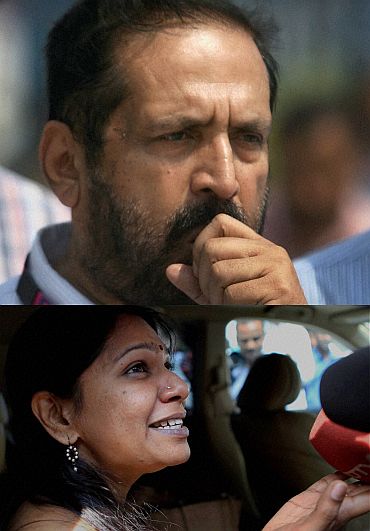 Image: (Above) Kalmadi (Below) Kanimozhi

Two, what kind of image crops up in the minds of the common man when you mention the words 'MP' or 'MLA'? It is more likely to be that of an A Raja, a Kanimozhi, a Suresh Kalmadi, the likes of whom allegedly divert their attention to personal benefit because of their public offices.

Here are a few other samples. They either disrupt proceedings of the House, in the state assemblies or in the two houses of Parliament, create utter chaos by sloganeering, even walking into the wells (the area in front of the Speaker's podium and between the treasury and opposition benches). They, in common perception, are not seen as doing legislative business.

One seldom sees an orderly debate, of cut and thrust, of give and take, of honourable compromises and middle ground being explored. It is as if these worthies have given up on reasoned debate.

Or of having opted for lungpower in place of the head. 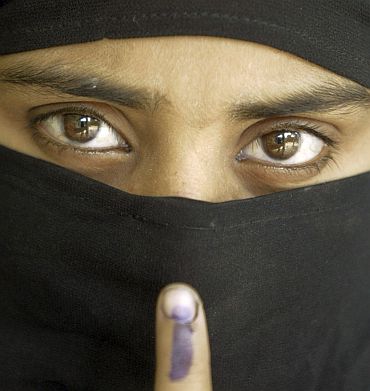 Just go to a coffee house, a street corner adda, a drawing room discussion in a middle class home. What you would see would be a stunning revelation.

Three, since long, it has been the Indian experience that an elected lawmaker tends to cut off entirely from the voters between two elections, their interaction with the citizens limited in non-parliamentary time to speeches where they make promises that can't and won't be honoured.

Where they tell the people what they think, not ever asking voters to tell them what they should be doing in the lawmaking forums to further honour the mandate received in the elections.

If they are seen interacting with voters, preferably if they happen to be the ones who voted for them, is to do favours because the system they superintend by virtue of being lawmakers has failed to deliver. 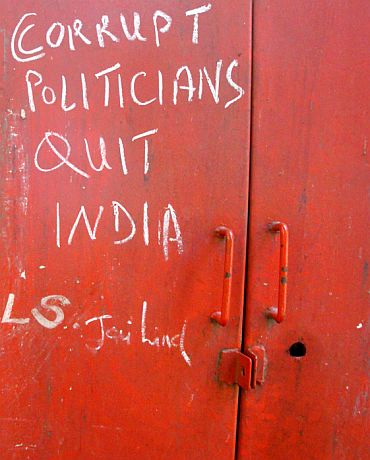 Only a favour could get something sorted out. Or, in the absence of such help forthcoming, a bribe to the system which brought people to the streets to back Anna Hazare's hunger strike. Not a very encouraging picture, is it?

Their lavish lifestyles, legitimately or otherwise acquired, are a sore point with the people. They see it, perhaps even out of misunderstanding, as something achieved by deal-making, as unmerited gains.

These MPs, even MLAs with relatively more easily manageable constituencies, the municipal councillors with tinier bailiwicks, don't even bother to come and meet the voters, not even when people demanded stringent anti-corruption laws.

They just went ahead and told the agitators that Parliament had all the wisdom and sagacity to cope with it. 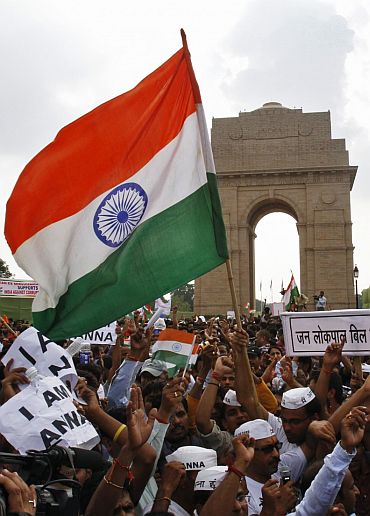 They badmouthed Anna Hazare, mocked him, spoke of how Parliament cannot be cowed down into submission, or their supremacy be challenged. The challenge, they failed to notice, was not to Parliament. It was to the lawmakers because they have given enough room to be seen as a class deserving to be seen with suspicion.

So if the people have a different view of the politicians, even the elected ones among them, it is not that they are wearing glasses tinted with prejudice. It is that the reality is different from what the politicians think it is. They need to look at the mirror. Or listen to the people.

Not all politicians are to be brushed aside with such perceptions. There are honourable exceptions but people find it hard to spot one. Such exceptions are seen as aberrations by the political class, which is sad. 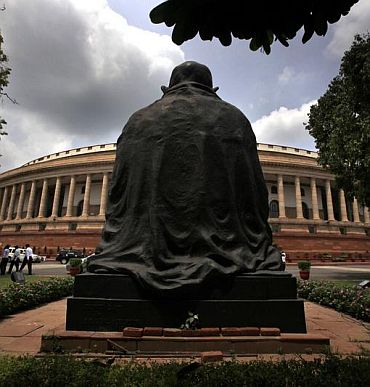 Politicians know that perception is more important than the truth. And if what is said about them is only a perception, then they ought to bother about it and correct it. By deeds.

By reverting to a conversation with the people remember, no MP bothered to ask his constituency what they thought of the Lokpal issue; they just presumed that the people, even if vociferous, on the streets in every city, more of them at the Ramlila Maidan, were only just out to get at the MPs.

I have explained it all. Now, MPs have to justify that the people are wrong. It is going to be tough.

They owe it both to the institution whose privileges they seek to maintain by the notices served to Bedi and Puri, and themselves. The nation would stand to gain.