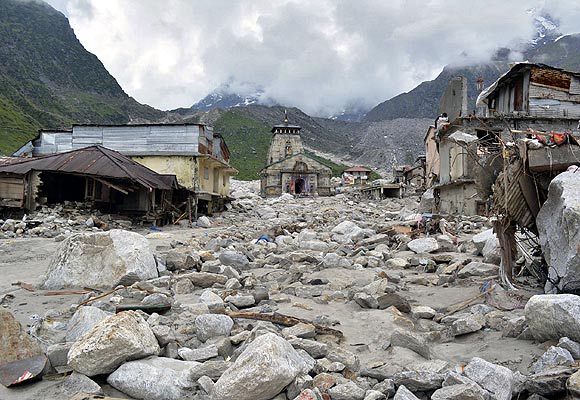 Increasing tourism for recreational purposes and ruthless commercialism are to be blamed for the destruction caused in Kedarnath, believes Vageeshling Maharaj, chief purohit of Kedarnath dham.

"So many people, who have no feeling of piety or devotion, visit Kedarnath. They go to Kedarnath only to have fun and enjoy themselves, with a mindset which has nothing to do with faith and worship," said Vageeshling Swami, chief purohit of the dham.

"Lord Shiva is a bairagi. He has nothing to do with materialism and desire. People come here in the wrong spirit. Just as Lord Shiva has discarded everything, so should the people who come here; they should give up all worldly thoughts to cleanse themselves," said Swamiji, who is at present residing at the Vishwanath temple in Guptkashi.

'The wave reached the temple within seconds' 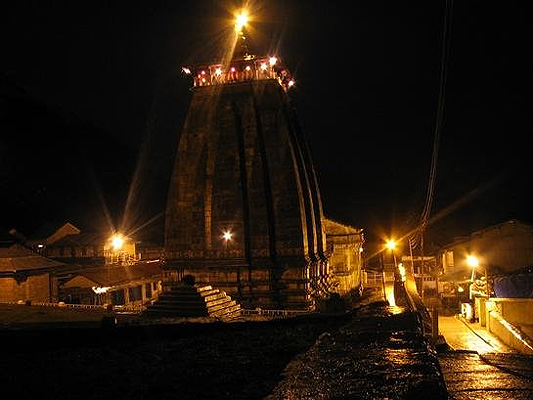 Swamiji was inside the temple on June 17 when a great wave of rocks, ice chunks and boulders came crashing down the lake, which is nearly one km behind the temple.

"We could see boulders breaking off and a mass of water descending at a furious pace. The wave reached the temple within seconds. Some of the boulders even hit the temple, which shook for a few moments. But it passed just as quickly," he recounted.

"A 40-feet high wave engulfed the temple and flowed away. The cascade of water seemed as high as the spire of the temple," Swamiji added.

He left the temple on June 19 when the army evacuated some members of the temple staff to Fhata. 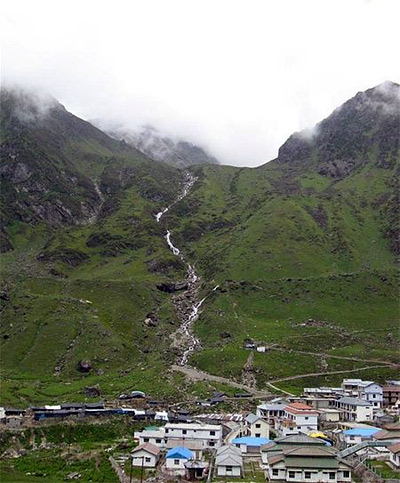 "Fifteen of the temple staff are still missing. We were evacuated in batches; apart from the 15, all are safe," Swamiji said.

Although the temple structure remains unharmed, the compound is now a mound of rubble. "The way the temple and the area was before June 17 -- it will take 20 years for Kedarnath to look like that again. The cloudburst set us back by more than a century," he said.

Sitting beside Vageeshling Swami, Shashidharling Swami, chief pujari of the Vishwanath temple in Guptkashi, said, "A space of 80 metre should be left free on each side of the temple. In front, they should leave a stretch of 150 metre of free space".

"There was a time when the Kedarnath temple was visible from three km away. But over the years, with all the encroachment by shops, you have to go right up to the temple before it is visible," he added.

'A broken temple would have broken people's faith' 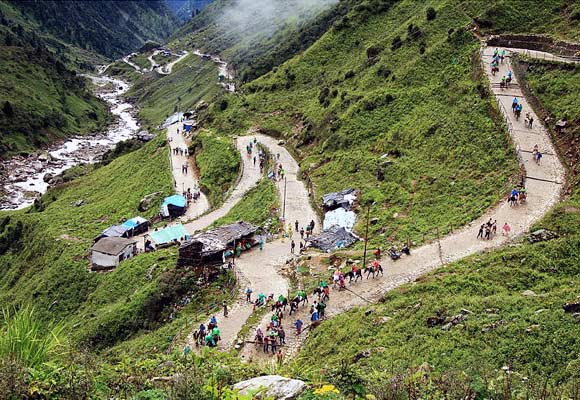 "The temple was not destroyed because the Lord did not want to shatter faith. A broken temple would have broken people's faith, their very spirit. So the temple emerged unscathed but everything else around it was wiped clean," he added.

"But God is merciful. If thousands perished, then lakhs survived. People should think about this calamity and look within," Shashidarling Swami said as Vageeshling Swami nodded his head in approval.