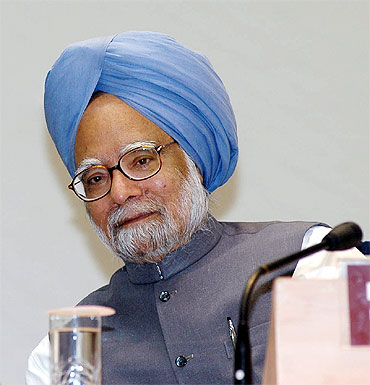 Terming Janata Party president Subramanian Swamy's plea for prosecuting former Union Telecom Minister A Raja in the 2G spectrum case as "misconceived and premature", the government on Tuesday told the Supreme Court that the sanction had been sought even before a complaint was filed in a court.

"Till date, the petitioner (Swamy) has not even filed a complaint in the competent court and in such circumstances, the question of sanction cannot and does not arise," he contended.

Vahanvati made the submissions during the hearing by the apex court of Swamy's petition seeking the court's direction to Prime Minister Dr Manmohan Singh to grant sanction to prosecute Raja, who has resigned as telecom minister following the controversy over spectrum allocation.

The government's seniormost law officer said the request "made by Swamy in his letter dated November 29, 2008 was entirely misconceived. A petitioner sought sanction for prosecution even without filing a complaint before the competent court." 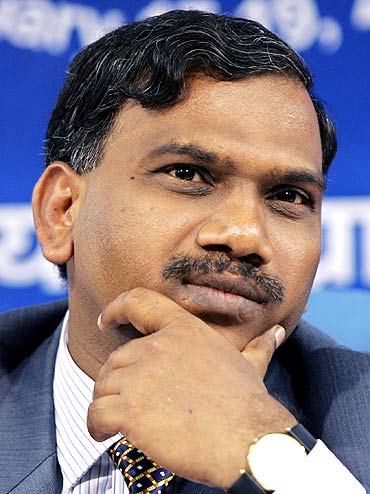 He said that the law in this regard was very clear and this was the stage in Swamy's case since November 2008 when he wrote the first letter to the Prime Minister, which was subsequently followed by several other letters.

I approached PM, before going to court to save time: Swamy 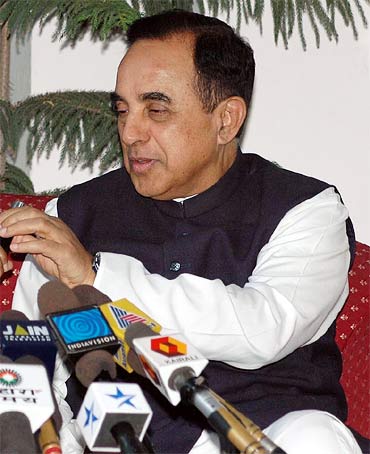 While the Attorney General was making his submissions, the bench asked him, "What according to you is the correct procedure?"

Swamy contested the Attorney General's submissions saying that he can directly approach the Prime Minister for seeking prosecution of a minister, while he also has the alternative right to go to the court. "Both the avenues are open to me," he said. "The Prevention of Corruption Act empowers the citizen to initiate prosecution."

The Janata Party president took objection to the government's stand that he was a nobody and why the PM will take step on his complaint seeking sanction for prosecution of the minister. "Time has come that law has to become crystal clear on the subject," he said.

Interrupting him, the bench clarified that the Attorney General has not questioned his locus standi. "The Attorney General is only saying that you have a right to file a complaint before a court which will take cognisance of it for the grant of sanction," it said.

Swamy, however, contended, "Why should I follow the suggestions of Attorney General?"

He said when the judge will take cognisance, the matter will come to the competent authority for sanction. "In that case, I have to come back (to the sanctioning authority). I decided to take that step in advance, I decided to go to the Prime Minister," he said. "I am entitled to go to the court but to save time, I went to the Prime Minister in the beginning," Swamy said.

He, however, said in today's situation, no such sanction was required for Raja's prosecution. 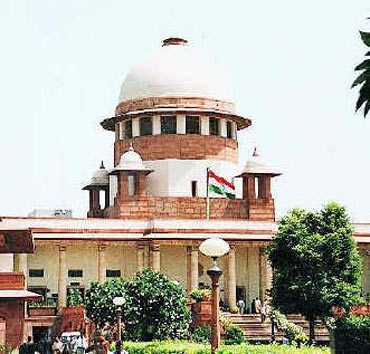 Swamy said the Prime Ministers Office was saying that all his letters were considered but the PM took extraordinary time and still did not decide on his plea for grant of sanction to prosecute Raja.

Coming to the affidavit filed on behalf of the Dr Singh, Swamy said the PMO had no clue what has been done to his letter. He said the delay was due to the law ministry and the bureaucracy, which took time on his complaint and there was no malafide on the part of the PM.

"No one told the PM what the law is," he submitted.

At this point, the bench said in a lighter vein, "Instead of malafide, you can say there was no intention to act".

Agreeing with the court, Swamy went ahead and pointed out that the letter written by him to the Dr Singh could not have been forwarded to Raja who had responded on it to him.

"At no point of time, anybody from the law ministry, PMO etc told the Prime Minister that he himself has to decide on my letter," Swamy said.

The Janata Party president said he was before the apex court because the Delhi high court had said it cannot ask the PM to look into the issue of sanctions as the Central Bureau of Investigation enquiry was on.

According to him, the main question here is of drawing up guidelines so that it becomes crystal clear on the issue of sanction and for the public participation against corruption.
© Copyright 2020 PTI. All rights reserved. Republication or redistribution of PTI content, including by framing or similar means, is expressly prohibited without the prior written consent.