Third phase in UP polls records around 56 percent turnout 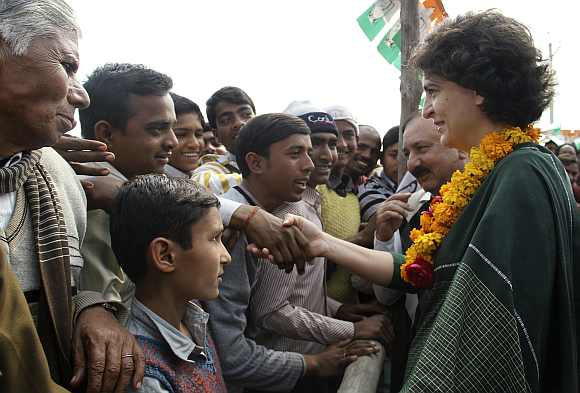 Around 56 per cent of the 1.75-strong electorate on Wednesday exercised its franchise for 56 seats in the third phase of the Uttar Pradseh assembly polls in which Mayawati's ruling Bahujan Samaj Party is facing a strong challenge from the Congress, Samajwadi Party and Bharatiya Janata Party.

The incident-free third phase of the seven-part elections in the state will decide the fate of three cabinet ministers, a minister of state, 29 sitting MLAs and 14 former ministers.

The polling, which began on a sluggish note at 18,374 booths spread over 10 districts, picked up as the day progressed with state election officials putting overall turn out at around 56 per cent.

As many as 1,018 candidates were in the fray for elections held in Amethi and Rae Bareli, pocket boroughs of Nehru-Gandhi family, CSM Nagar, Sultanpur, Kaushambi, Allahabad, Jaunpur, Varanasi, Sant Ravidas Nagar and Naxal-hit areas of Chandauli, Mirzapur and Sonbhadra.

The remaining phases of polling for 403-strong Assembly will be held on February 19, 23, 28 and March 3. Counting of votes will take place on March 6.

The first phase of polling on February 8 in 55 constituencies in 10 districts had recorded around 63 per cent turn out while the voting percentage in the second phase on February 11 for 59 seats spread over nine districts was 59 per cent.

Till late afternoon, Sultanpur district had recorded a maximum of 50 per cent polling, whereas 44.88 per cent was registered in Jaunpur.

"Voting began at 7 am for the third phase of assembly elections and 47.05 per cent polling was recorded till 3 pm," Election Commission officials said. Among other districts, CSM Nagar recorded 47 per cent, Kaushambi 47 percent, Varanasi 46.62 per cent, Bhadoi 47 per cent and Sonbhadra 46 per cent till about two hours before close of polling. 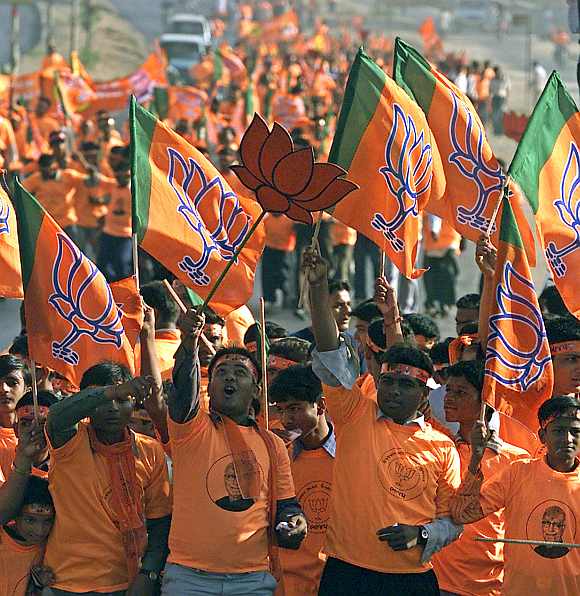 More than 1.75 crore voters casted their vote at 18,374 polling stations, with 31,400 electronic voting machines in place -- to seal the fate of 1018 candidates in the polling to be held at CSM Nagar, Sultanpur, Kaushambi, Allahabad, Jaunpur, Chandauli, Varanasi, Sant Ravidas Nagar, Mirzapur and Sonbhadra amidst tight security.

At least 121 candidates with criminal background 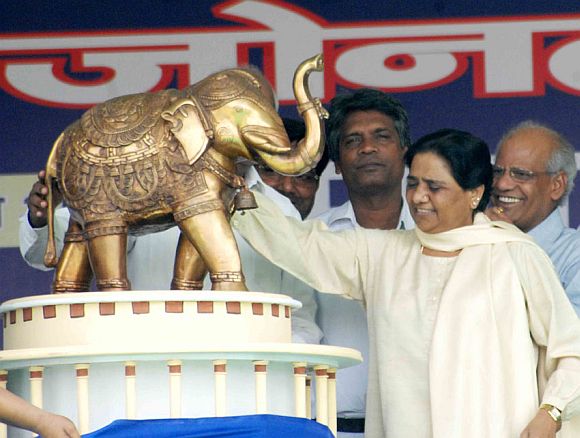 Stakes are high for the ruling Bahujan Samaj Party, Congress, Samajwadi Party and the Bharatiya Janata Party in the no holds barred fight for the 403 assembly seats.

In this phase, at least 121 candidates with criminal background and as many as 48 'crorepatis' are in the fray.

Political heavyweights battle it out in UP 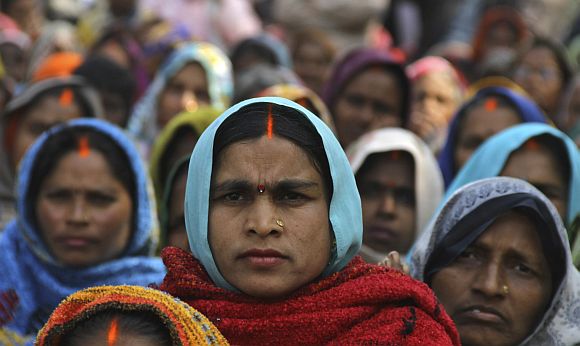 The fate of sitting Congress MLA Amita Singh and national general secretary of Apna Dal Anupriya Patel would also be decided in this phase.

Fate of number of heavyweights would also be decided in the third phase of elections. 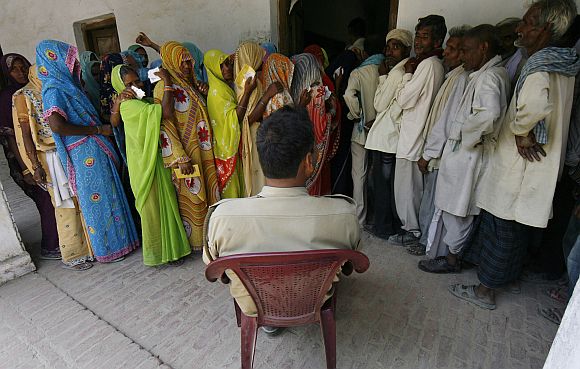 Jagriti Singh, wife of BSP MP Dhananjay Singh, lodged in jail in a double murder case, is contesting from Malhani seat in Jaunpur district as an independent candidate.