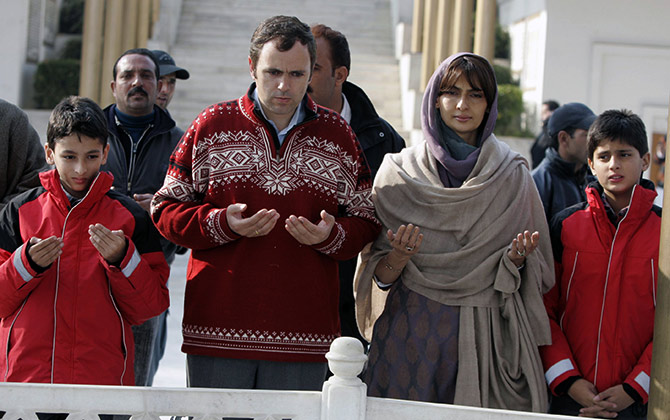 Image: Omar Abdullah, president of the National Conference, prays with his two sons and his wife while standing beside the grave of Sheikh Mohammed Abdullah, his grandfather, in Hazratbal on the outskirts of Srinagar.
Photographs: Danish Ismail/Reuters

Last week, Raihan, son of Priyanka Gandhi, and Mahanaryaman, son of Jyotiraditya Scindia, made their debut of sorts when they visited Parliament. We look at other politicians' children who have all the makings of a future leader of India.

The two boys, sons of Jammu and Kashmir Chief Minister Omar Abdullah have mostly steered clear from the political sphere but have been seen with their dad on the campaign. One wonders if one of the two might even be the chief minister of the state in the future, considering they come from the political lineage of the Abdullah family with their grandfather and great grandfather Sheikh Abdullah. 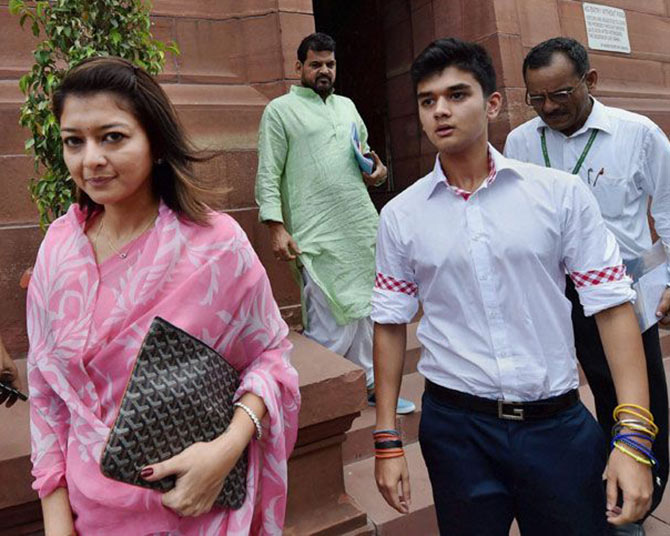 Son of Jyotiraditya Scindia, this young lad was born in 1995. Born into a political family, Mahanaryaman also campaigned for his father in Guna during this year’s Lok Sabha elections and people came out in large numbers to catch a glimpse of the Scindia junior.

However, he looked uncertain about joining politics. “My favourite subject is economics and I want to concentrate on it. It’s not the right time to decide whether I shall join politics or not as I’m not ready for it,” he said. This fifth generation Gandhi, son of Priyanka and Robert, recently visited Parliament and was all smiles during his trip. His Mohawk haircut garnered a lot of buzz and soon, he even might head the grand old party of India -- the Congress. 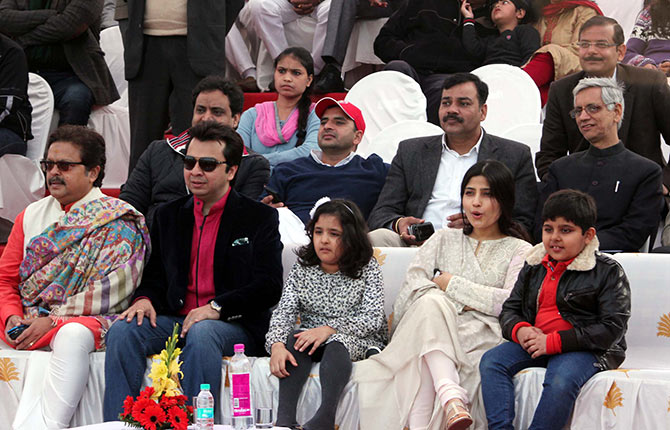 Akhilesh Yadav and his wife are in politics. So, is Akhilesh’s dad. Hence, one wouldn’t be surprised if the Uttar Pradesh chief minister’s three kids join politics. 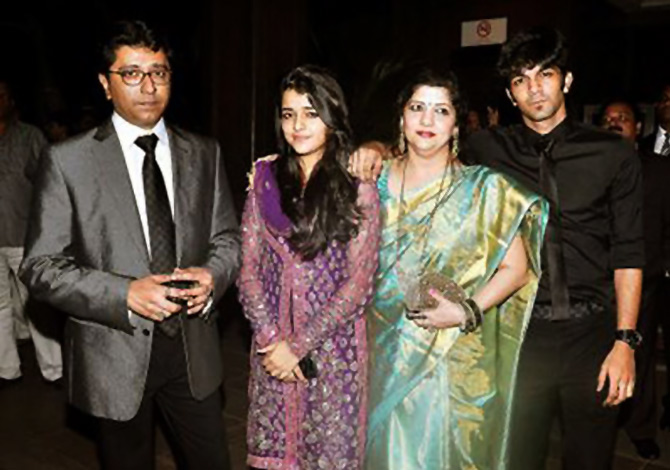 The name Thackeray makes you think of Maharashtra politics and Amit, son of Maharashtra Navnirman Sena Raj Thackeray, is soon to make his foray into politics. The 22-year-old Amit has just completed his B.Com from Mumbai's DG Ruparel College. He is said to have been interested in Architecture but chose not to pursue it. Frequent visitors to Raj Thackeray's residence and his close friends say Amit is a quiet boy and doesn't interact much with party workers. 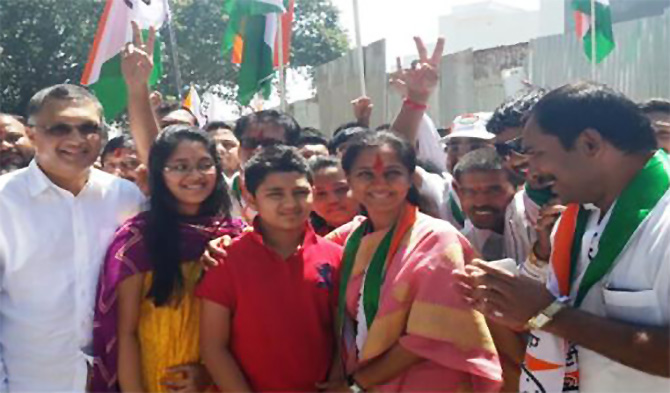 These two have Supriya Sule as their mom and power player Sharad Pawar, chief of the Nationalist Congress Party, as their grandfather. This year, the two kids also went on rallies along with their mom and asked voters to elect her. It won’t be surprising when they start addressing the voters for themselves. 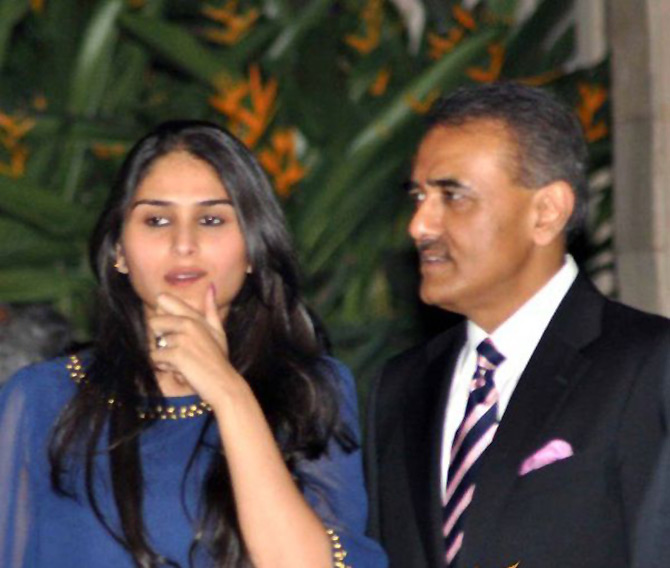 Poorna is the daughter of former civil aviation minister Praful Patel. Patel has three other kids Avni, Niyati and Prajay. 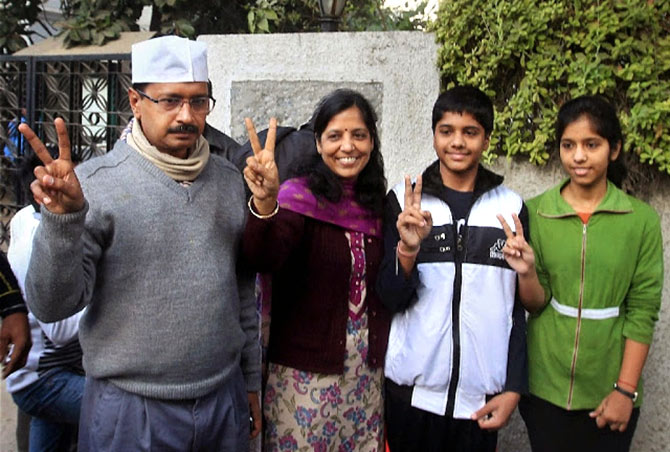 Children of social activist and former chief minister of Delhi, Pulkit and Harshita are studious. Just recently, Harshita cleared her Std XII exams with flying colours. The question now arises, will they too follow in their father’s footsteps and hope to rid the political world of corruption?