The Sangma factor in the presidential poll 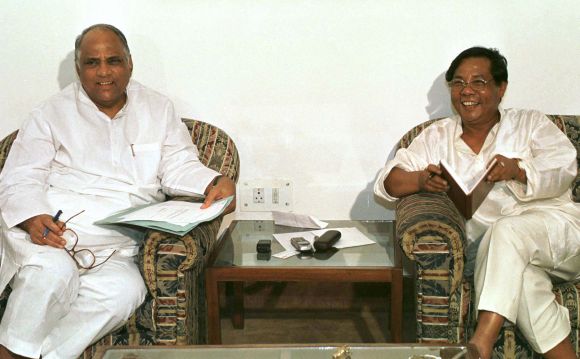 Strange are the ways of selecting the President of the republic in the coalition era. The names that come to the fore early on almost always get eliminated as counter-pressures start to build around them. The 2012 presidential poll is proving to be no different.

APJ Abdul Kalam's name came into circulation but went out after Sushma Swaraj expressed the Bharatiya Janata Party's approval, provided Mulayam Singh Yadav endorsed it. However, the Samajwadi Party leader was not expected to do so and stand alongside the BJP.

Pranab Mukherjee became the hot favourite of the entire political class, as sympathy seemed to mount for "Pranabda" -- that he deserved to sit in Rashtrapati Bhavan at the end of a long political innings. But with the Congress high command not coming out with its view -- and the continuing ambiguity on the subject -- it is becoming embarrassing for him. Given Mukherjee's seniority and contribution, the impression is growing that Sonia Gandhi may be wary of sending him to Rashtrapati Bhavan.

Why Patnaik and Jayalalithaa are backing Sangma 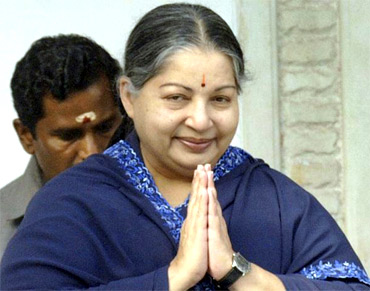 As the scales began to tilt against Pranab Mukherjee, two chief ministers -- J Jayalalithaa and Naveen Patnaik -- played the "Sangma card". They have been backing the former Lok Sabha Speaker and Nationalist Congress Party member Purno Sangma for the country's top job, as they feel a tribal should be sent to Rashtrapati Bhavan in 2012.

With this one move, the two leaders tried to kill several birds with one stone. For Naveen Patnaik, it made sense to back a tribal leader, for 30 per cent of the population of Orissa is tribal. Patnaik is into his third term as CM and has to do all he can to keep the tribals, targeted by the Maoists, on his side.

What about Jayalalithaa, who does not have many tribals in her state of Tamil Nadu and does not have to worry about beating back anti-incumbency quite yet, having won elections only last year?

Jayalalithaa appears to be testing the waters for a larger role on the national stage, and is using the presidential poll to see if a loose alliance of regional parties can be forged. And whether it can get the backing of both the BJP and the Left --reminiscent of the 1989 experiment that ousted the Congress from power at the Centre.

Jayalalithaa is believed to be moving in tandem with Gujarat Chief Minister Narendra Modi, with whom she is in close touch. The two leaders enjoy a good rapport and Modi had even attended her swearing-in last year. But the BJP is reportedly divided on Sangma, with LK Advani in favour of backing his candidature. But others, and this also includes Janata Dal-United leader Sharad Yadav, have called for restraint at this stage at an impromptu meeting held in Advani's office in Parliament House. It was decided that the National Democratic Alliance should not open its cards at this stage but wait and watch for the UPA to play its hand first. 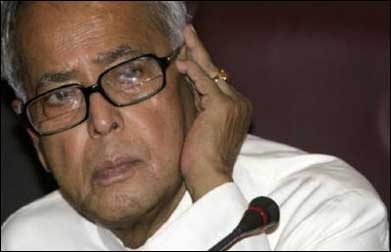 The argument against immediate support was that if the party came out openly at this stage of the game, many regional parties might run towards the UPA, instead of being seen in the company of the BJP. It would be better strategy therefore to wait till the last moment before plumbing for a candidate.

Besides shoring up their own positions by reaching out to tribal opinion, and exploring the possibility of forming a loose "federal front" type of platform of regional parties, strong in their respective states but not in conflict with each other, there could be another reason for floating Sangma's name.

It could be to mount pressure on the Congress high command to plumb for Mukherjee. Those who floated Sangma's name -- and they may not just be limited to the Jayalalithaa-Patnaik duo -- might have calculated that if his name clicked with any of the Congress's allies, and was backed by the NDA (which seemed likely), it might compel a usually risk-averse Sonia Gandhi to think again about Mukherjee. The thinking behind the idea being that while Sonia Gandhi might be wary of Mukherjee, Sangma would be a greater anathema to her. After all, he had broken ranks with the Congress on the issue of her foreign origin. 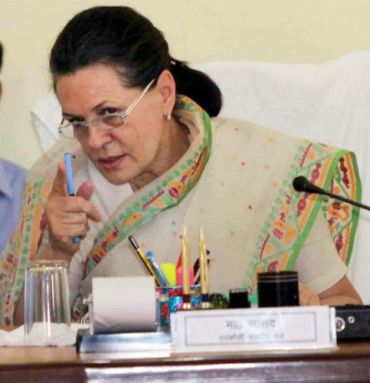 Then there was the additional threat of cross-voting by tribal MPs and MLAs across parties for Sangma. Besides, the presence of an "independent" (non-Congress, non-BJP) candidate in the fray, and that too someone as experienced as Sangma, could provide an alternative choice to Congress-supporting parties if Sonia Gandhi insisted on a pliant Congressperson at the last moment, someone they were opposed to.

But the "coolness" expressed by Mulayam Singh Yadav's party for Sangma, though informally at the moment, comes as a setback to this plan. The Dravida Munnetra Kazhagam and the Bahujan Samaj Party were never expected to try anything adventurous. The NCP has already distanced itself from Sangma's candidature and indicated that it will go with the UPA candidate. Mamata Banerjee has already publicly professed her "love" for Meira Kumar or Gopal Gandhi or APJ Abdul Kalam for President, and Sangma does not figure in her preference list.

It goes without saying that if the UPA allies hang together, and the SP and the BSP vote with the UPA; its candidate will be home and dry.

Sonia Gandhi's continued silence on the subject -- UPA insiders say the process of selecting its presidential candidate may take another three weeks -- has helped the Congress president seize the initiative again. She is expected to decide who will be the next Rashtrapati of the republic and she continues to hold her cards very close to her chest.