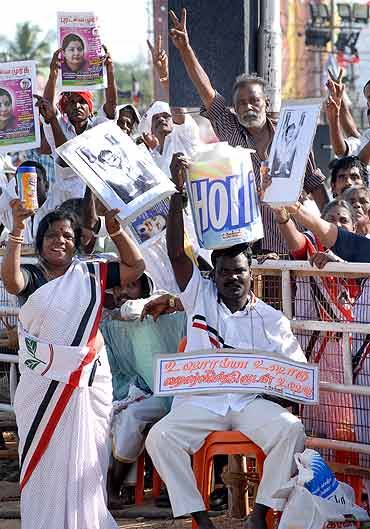 The report has been prepared on the analysis of 679 candidates so far in the Tamil Nadu 2011 assembly elections. The reports states that 125 candidates out of 679 (about 18.4 per cent) with pending criminal cases against them, as per their self sworn affidavits given to the Election Commission.

Out of these, 125 candidates with pending criminal cases, 66 have declared pending serious criminal cases such as murder, attempt to murder, kidnapping, robbery, extortion etc on them. 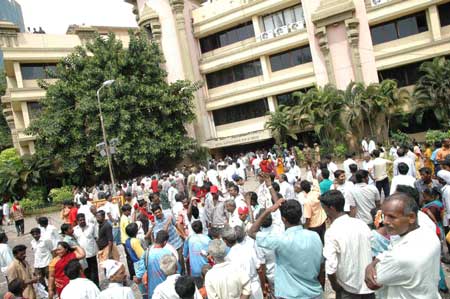 M Muruganandam (Nagapattinam) of the BJP has a total of ten cases ranging from attempt to murder and dacoity.

J Gurunathan of the PMK from the Jayankondam constituency has 9 cases ranging from voluntarily causing hurt and promoting enemity.

Raja of the DMK from the Anthiyur constituency has 4 pending cases ranging from theft to abduction.

P G Bose of the BJP fighting from the Didigul constituency has 4 pending cases which include attempt to murder.

R Elango of the BJP from the Peravurani constituency has 2 pending cases against him ranging from obscene acts and attempt to murder. 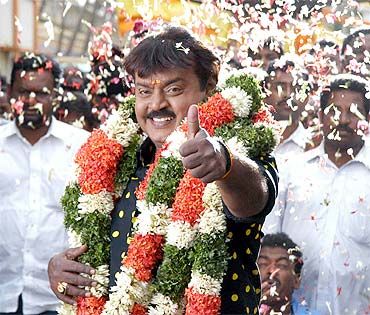 E Subaya of AIADMK is worth Rs 60 crore

Mohammad Sheikh Dawood of the IUML is worth Rs 53 crore

J Jayalalithaa of the AIADMK is worth Rs 51 crore

M Karunanidhi chief minister from DMK is worth Rs 44 crore

Karthe of PMK is worth Rs 33 crore

Vijaykant of DMDK is worth Rs 27 crore

R Gandhi of DMK is worth Rs 27 crore

Doraiswamy R of AIADMK is worth Rs 27 crore.