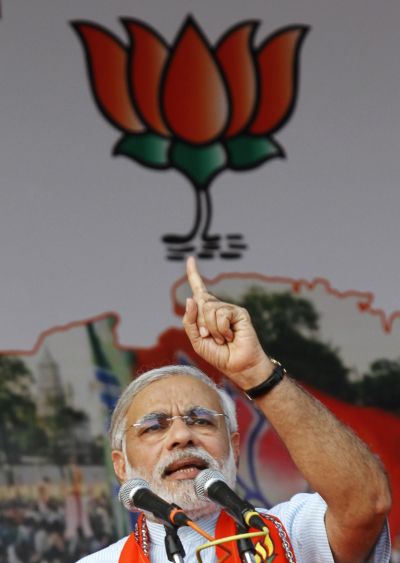 Although the ruling Congress realises that it cannot hope for a repeat of its 2009 performance, it hopes that differences within BJP and NDA over naming Narendra Modi as the PM candidate may work in its favour, notes Anita Katyal.

Congress spokesperson Renuka Choudhary might have appeared nonchalant while referring to Gujarat Chief Minister Narendra Modi as a virus "Namoitis" but her dismissive remark can best be described as a case of misplaced bravado.

The truth is that the imminent announcement about Modi's appointment as the chief of the Bharatiya Janata Party's campaign committee for the 2014 Lok Sabha elections has made the Congress extremely nervous as it braces up for a tough electoral challenge.

Modi -- the top contender in the BJP for the prime minister's post -- has already weaned away the urban middle class and the youth from the Congress. The two sections had embraced the Congress wholeheartedly in the 2009 Lok Sabha polls enabling the United Progressive Alliance government to come back to power for a second consecutive term.

But nine years down the line, the ruling coalition looks weak and indecisive while Prime Minister Manmohan Singh's personal popularity has dipped. A string of corruption charges, weakening economy and spiralling inflation have only added to the woes of the Congress. 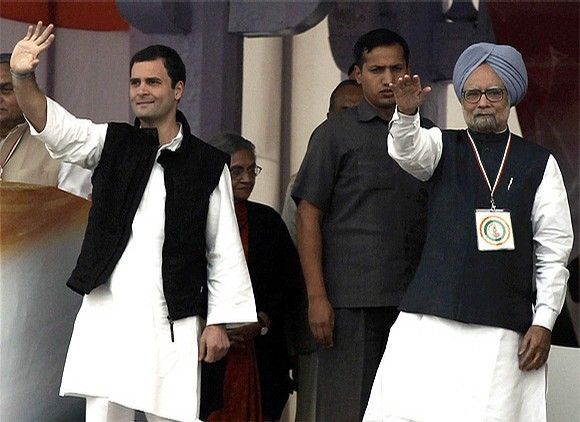 Given this overall bleak scenario, hapless citizens are looking around for a saviour and Narendra Modi appears to fit the bill. He comes across as a strong, decisive and confident leader as against a tired Manmohan Singh and the untested Congress heir apparent Rahul Gandhi.

"More than corruption and price rise, people are disillusioned with the UPA government because it is perceived to be weak, unable to deliver on governance," remarked a senior Congress leader.

As the clamour for "Modi for PM" grows louder both within the BJP and outside, the Congress's real fear is that the Gujarat chief minister's popularity may well become a wave in the run-up to the next general election. Over the years, the outcome of the Lok Sabha elections is essentially an aggregation of the results in the states.

However, Congress leaders are worried that Narendra Modi's projection as the BJP's prime ministerial candidate could change this narrative.

Local, regional and caste factors which usually determine voting patterns could be given the go by with Modi emerging as a unifying force.

"Certainly, Modi has the potential to do so," said a Congress minister, adding that the people are not just impressed with his development agenda but they are equally taken up by his "communal" image.

'Modi still untouchable for a host of regional players' 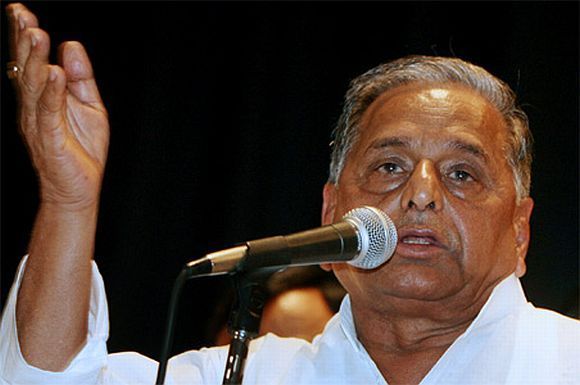 Aware that Modi is a highly polarising figure, the Congress believes that his emergence as a prime ministerial candidate will consolidate the minorities in their favour but there is also a lurking fear that this will not be sufficient to turn the tide in its favour and that it could also invite a backlash.

"At present Modi is an imponderable factor...we are still trying to assess how much damage he will do to us and to what extent his candidature will help the BJP or visa versa," explained the Congress leader.

Even Modi loyalists are not claiming that the BJP will be able to cross the magic figure of 272 in the Lok Sabha with the Gujarat strongman at the helm.

It must be remembered that the BJP could win only 182 seats in the '90s when its most popular leader, Atal Behari Vajpayee, was projected as the party's face.

The mandir movement and the victory in Kargil helped reach this tally but the BJP's negligible presence in the South ensured that it did not reach 200.

However, there is a section in the BJP which believes that Modi's projection can help the BJP reach the 180 mark, they point out, adding, "Our assessment is that the BJP could lose up to 50-odd seats if Modi is not the PM candidate." It is argued that once the BJP comes close to 200 seats, other parties will line up for support.

The Congress realises that it cannot hope for a repeat of its 2009 performance. Its strategy is to win 120-140 seats and contain the BJP.

It believes that in doing so it will make it difficult for the BJP to get support from allies as the saffron party still remains untouchable for a host of regional players including the Samajwadi Party leader Mulayum Singh Yadav and the Left parties. 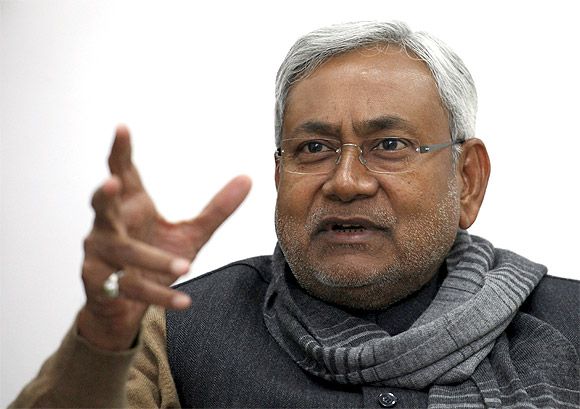 Although All India Anna Dravida Munnetra Kazhagam's Jayalalithaa is a potential ally, Biju Janata Dal chief Naveen Patnaik is dicey while Telugu Desam Party president Chandrababu Naidu and Trinamool Congress head Mamata Banerjee will find it difficult to support the BJP-led National Democratic Alliance with Modi as its leader for fear of alienating the minorities.

Instead of expanding the NDA tally, the BJP could in fact lose its most valuable ally -- Janata Dal (U) leader Nitish Kumar -- who has made it abundantly clear that he will not accept Modi as NDA's PM candidate.

While the Congress is banking on such a scenario playing out, the regional players can be expected to make a pitch for the prime ministerial slot if their combined strength is fairly substantial. This could lead to a race among them as each pitches for the top post. In such a situation, the Congress will only be too happy to prop up a regional leader to stop the BJP from coming to power.

While all the various post-poll scenarios are being furiously debated, the Congress is predictably keeping a close watch on the BJP's ongoing national executive meeting in Goa.

The internal bickering in the saffron fold has provided some comfort to the Congress which is hoping that these differences will pull down the BJP and sully its image. 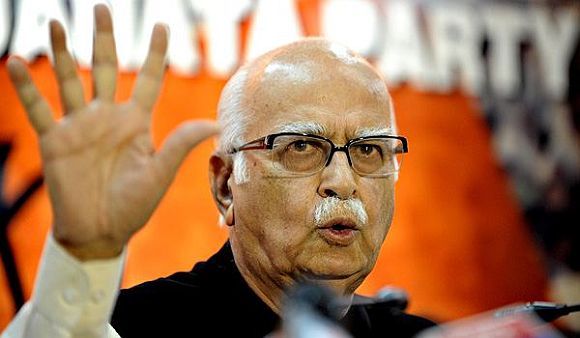 BJP president Rajnath Singh may be supporting Modi today but the wily politician will be hoping that he could emerge as a consensus candidate if the leadership battle intensifies further.

Congress leaders also believe that Modi's dictatorial style of functioning and his inflexible approach, his lack of experience outside Gujarat and the communal taint of the 2002 riots will make it difficult for him to breach the national citadel.

It is also banking on a possible walk-out by Bihar Chief Minister Nitish Kumar from the NDA.