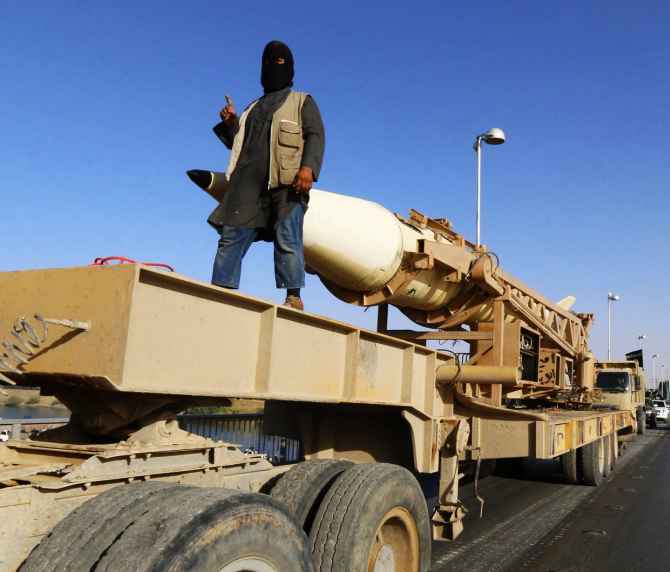 North-west India is what the ISIS is aiming at in its map of the caliphate. However, many Indian Muslims feel that the jihadists are making a mockery out of Islam. Vicky Nanjappa reports.

It seems that the Islamic caliphate has been restored and Abu-Bakr-al Baghdadi, the chief of Islamic State of Iraq and Syria which is running havoc in Iraq, has declared himself as the caliph or the leader of the Muslim world.

While analysts burn the midnight oil trying to figure out the ramifications of such a move, the fact remains that the ISIS, which now calls itself Islamic State after it announced the formation of a caliphate, is aiming big. On the agenda of the world’s most brutal terrorist force is the creation of the Islamic world dominion -- of which India is a part.

North-west India is what the ISIS is aiming at in its map of the caliphate also includes Iraq, Syria, Israel, Palestine, Lebanon, Jordan, Cyprus and Turkey.

However, the ISIS move to include India has not gone down too well with Indian Muslims. They are up in arms against the ISIS and say that they have made a mockery out of Islam by declaring their leader as the caliph.

'What the ISIS is waging is not a holy war, but a full-fledged bloody war' 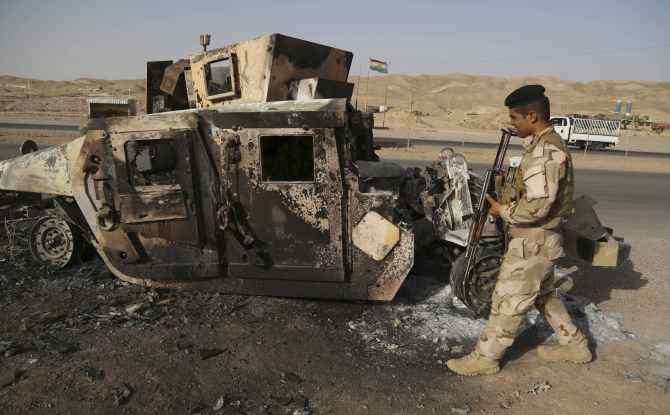 A maulana who did not wish to be named told Rediff.com that his mosque completely denounced ISIS and its policies during the last Friday prayers.

“India is a country which has a majority Sunni population among Muslims, and they feel that this sort of propagation of Islam is not correct,” he said, adding, “the ISIS does not carry out the legal tenets of Islam”.

“Islam is a religion of peace, love and brotherhood. What the ISIS is waging is not a holy war, but a full-fledged bloody war. They target children and women and this is all anti-Islam. Moreover, during the holy month of Ramazan there shall be no war or fighting. However the ISIS shows no signs of stopping”, he told the people gathered there.

After Prophet Mohammad, a group of his immediate followers had been formed to spread the message of Islam. They formed a group headed by a caliph and one of the groups even landed in India. However, this system has not been in place for nearly 100 years now.

The Indian Muslims say that they are not happy about the ISIS and no Indian Muslim, including the Sunnis, will support them.

“They are not the protectors of Islam, they are jahalats (war lords),” the maulana said. 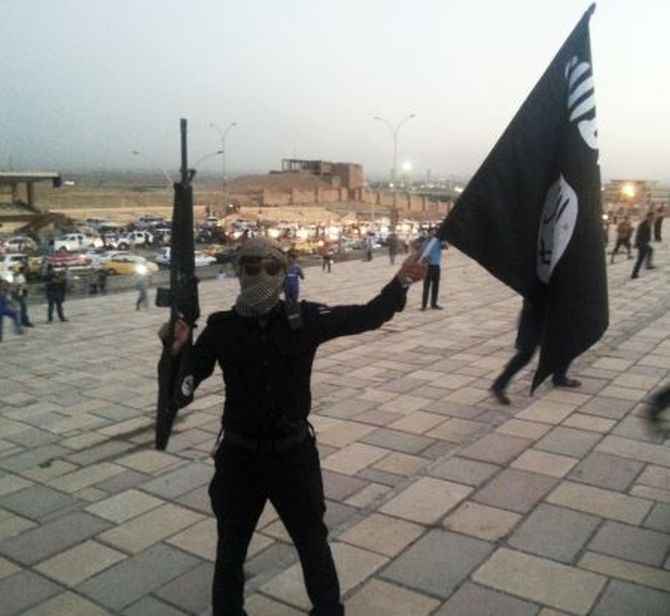 However, India has to tread cautiously. There will be a sense of desperation among the Taliban very soon and with groups such as the Lashkar-e-Jhangvi joining the bandwagon, the ISIS may just manage to become a force in this part of the world too.

Although a majority of Indian Muslims have denounced the ISIS policy, there are a few in pockets in India who have repeatedly subscribed to the Wahabi view of Islam and this could well prove to be dangerous when the ISIS tries to set up the council.

Although there is no proper count of the Indians who are fighting with the ISIS in Iraq, the Research and Analysis Wing is trying to get details on the same, an intelligence officer informed.

“It is essential that we identify them so that a proper dossier on them could be prepared. Once the ISIS begins setting up its council it could well use these persons of Indian origin to set up base in India”, the officer pointed out.

There are many radicals who are completely inspired by the ISIS and this could prove to be dangerous for India.

“We cannot take this issue lying down. Although Osama bin Laden (slain Al Qaeda chief) had no direct interests in India, he did manage to inspire several radicals here. Posters condemning the death of Laden were found in several pockets of Kerala and we suspect that the same persons may well be inspired by Abu Bukr Al-Baghdadi too”, an Intelligence Bureau official also pointed out.

ISIS much stronger than Al Qaeda The restoration of the caliphate by the ISIS was once the dream of bin Laden. Now that the ISIS has restored the caliphate it would be interesting to see what impact it would have on the Al Qaeda which had ‘disowned’ the jihadi outfit.

According to the experts the ISIS today is a much stronger force and has more control of territory when compared to the Al Qaeda. While the ISIS has gained control over several parts of Iraq, the Al-Qaeda had managed to take control over a few towns in Yemen before being driven out.

However, it is to be seen how long it could hold on. A lot would depend on how they handle the locals and also the support they would get from other groups.

Outfits such as the Tehrik-e-Taliban or the Lashkar-e-Tayiba have not come out in open support of the ISIS, while Lashkar-e-Jhangvi appears to be supportive.

The ISIS has brazenly denounced the orders of Al Qaeda chief Ayaman-al-Zawahiri. The Al-Qaeda is gradually losing ground both in Syria and Iraq and this would mean that the ISIS is coming out on top.

Moreover Al Qaeda also faces another problem in keeping its troops intact. Many within the outfit are in two minds whether to remain there or go with the ISIS.

The defeat of ISIS will take a long time 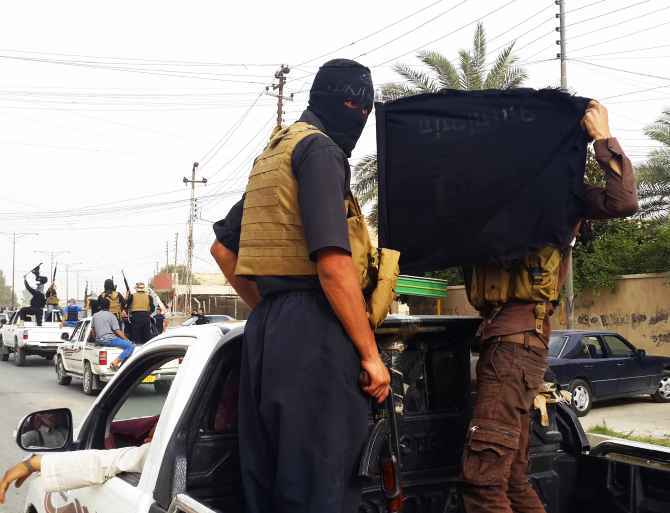 Al Qaeda would hope ISIS falls on its own.

The manner in which the ISIS operates it is clear that it overdoes things and gets carried away very soon. There is no rule of law within the ISIS and there is every chance that they may end up hurting the locals which will eventually bring about their downfall.

However, the experts point out that the ISIS defeat will take a lot of time and by then a lot of damage would be done.

A research report prepared by Aron Y Zelin of the Washington Institute states the Al Qaeda is having a difficult time given ISIS battlefield gains in both Syria and Iraq.

“Continued success for ISIS, of course, is by no means guaranteed, especially given the group’s tendency to overplay its hand with locals. But unlike in Iraq a decade ago, there is no force like the United States on the ground to consolidate insurgent gains against ISIS. As seen in Syria since January, many nationalists, mainstream Islamists, and even Jabhat al Nusra (an Al Qaeda branch operating in Syria and Lebanon) have been unable to strategically defeat ISIS,” the report states.

“Various possibilities could either help or hinder the prospects of ISIS or Al Qaeda. For ISIS, major local backlash or deaths in the leadership could do harm. For Al Qaeda, drone strikes against the leadership in Pakistan could potentially accelerate ISIS’s claim over the global jihadist movement”, the research report notes.

The experts also add that the Al Qaeda will find the going tough. The death of bin Laden and the constant look out by its troops who are un-inspired by Zawahiri to find new avenues to wage jihad are all factors that would hurt the Al-Qaeda badly.

The ISIS which has displayed the most brutal form of terror the world has ever seen is a very organized outfit. Worth over $4 billion, the ISIS is particular when it comes to maintaining of accounts, managing the bureaucracy and also implementing military rule.

It is aiming not only at meaningless killings to prove a point but to implement Islamic laws and govern states. Moreover, it is heavily targeting areas where there is sectarian strife between Sunnis and Shias.

Speaking up for the Sunnis have earned them the support of some radical Sunni tribes and this in turn has attracted fighters from different parts of the world. This is something the Al Qaeda failed to capitalise on.