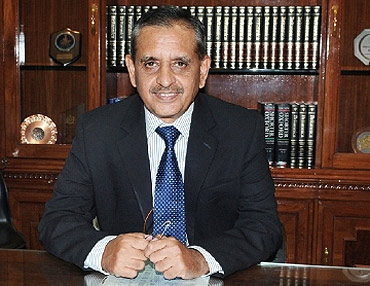 Should Central Bureau of Investigation be brought under the Lokpal? Is it a good idea to split the CBI up by bringing its anti-corruption wing under the ambit of Lokpal? Or, should Lokpal create its own wing to investigate and prosecute corruption cases?

These are the questions that are being hotly debated, as the future of the anti-corruption movement depends on who gets how much functional autonomy to pursue the corrupt forces.

Sheela Bhatt highlights the case the CBI presented before Parliamentarians, who are debating the final shape of the Lokpal bill.

A P Singh, director of Central Bureau of Investigation, is passing through riveting times. While sitting in his ultra-posh office with a terrace garden, gymnasium and oil paintings, he puts forward his best arguments before his visitors on why CBI, founded in 1941, must not be divided, should not be under the ambit of Lokpal and why Lokpal should not even create its own anti-corruption wing. The hot debate on the fate of the CBI is on amongst MPs, law-makers and bureaucrats.

Singh, confident and smiling, is getting ready for change but not without trying to ensure that his organisation doesn't get caught between the establishment and the anti-establishment represented by Team Anna, who wants the CBI to function under Lokpal and not under the supervision of Central Vigilance Commission or under the department of Personnel and Training.

Arvind Kejriwal, member of Team Anna has tweeted, "Without CBI, Lokpal would be a Post Office. It will forward complaints to CBI for investigations and forward CBI's report to Court."

'Bifurcation of CBI is not practical' 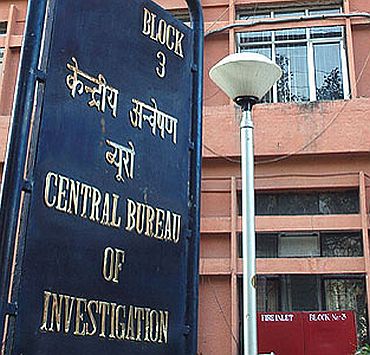 Singh, in his spirited defense to save the CBI from coming under Lokpal has presented his views before the standing committee of Parliament that is reviewing the Lokpal bill.

In a power-point presentation, a copy of which is with rediff.com, the CBI has explained why it is looking forward to work with Lokpal. However, Singh insists that bifurcation of the CBI is not practical.

Team Anna says that if Lokpal investigates corruption issues as the CBI does, there would be duplication. Team Anna's argument is, "If we allow both CBI and Lokpal to entertain anti-corruption cases simultaneously, it is like having two police stations in the same village. It would create a serious jurisdictional issue in each case.

Team Anna has demanded that all cases pending with the CBI and relating to anti-corruption should get transferred to Lokpal. If government doesn't want to take CBI under Lokpal then Team Anna only wants the anti-corruption branch of CBI to be merged with the Lokpal. 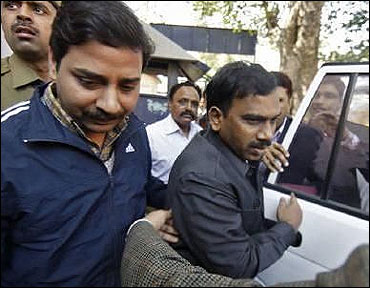 Image: (Former telecom minister A Raja (C) arrives at a court for a hearing in New Delhi.
Photographs: Reuters

The government, however, is not just ready to leave full control of the CBI. In his presentation on September 7, 2011, before the standing committee, CBI chief Singh put forward his arguments by emphasising that since the CBI is a well-integrated entity, it won't be prudent to divide it.

Demanding functional autonomy the CBI has told the committee on Lokpal bill that CBI's expertise in tackling corruption will help Lokpal. "The synergy created out of this partnership would be a force multiplier in the fight against corruption," the CBI said.

Here are few interesting and some logical points that were put on the table for the Indian Parliamentarians to consider before taking a final decision on whether the CBI should go under Lokpal or only its anti-corruption wing should be severed, or, it should merely "co-operate" with the new Lokpal, or, Lokpal should have it's own investigation and prosecution wing.

The CBI argues that to give justice to people, criminal justice system should be put on fast-track. The average time of investigation is one-to-two years, but trail in the court room takes 10/12 years. Over 7200 cases in which charge sheet has been filed are waiting for trial.

Out of these, 222 cases are pending trial over 20 years and 1,282 cases are over 10/20 years old. In the last 70 years, the CBI claims, it has developed multi-disciplinary technical experts in fields like forensic science, accounting, banking, engineering , insurance, foreign trade etc. It has its own forensic laboratory and technical support units. It deals with Interpol efficiently and has a full-fledged training academy and intelligence gathering unit.

The officers of CBI are arguing against Lokpal having its own (independent of government and separate from CBI) investigation and prosecution wing. 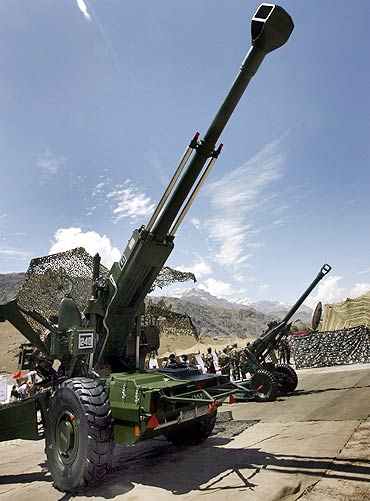 Image: The 55 mm Bofors artillery gun is made in Sweden
Photographs: Danish Ismail/Reuters

CBI has quoted a report of the earlier Parliamentary Committee that considered a similar issue. It said, 'Creation of another agency will lead to overlapping of jurisdictions, conflict of interests, demand for more resources which are already scarce, lack of synergy and creation of massive infrastructure and allied facilities , which may not give the desired results.'

Instead, the Parliamentary Committee recommended that CBI have financial and administrative powers to have functional independence. The committee wanted director of CBI to have status and power similar to the Federal Bureau of Investigation of America.

The CBI has been used and abused by successive governments and its credibility has been eroded after the long-drawn Bofors investigation that saw many ups and downs. The disproportionate assets case against Mulayam Singh Yadav and few other cases have also shown that CBI remains vulnerable.

Surely after the expose of Hawala diary the case filed by Vineet Narain in the Supreme Court did help arrest partially the rot in the system to misuse the CBI. In the Narain case the Supreme Court gave the CVC more power for superintendence and also gave a fixed tenure to the director of CBI. The court directed government to not direct the CBI in its course of investigation and prosecution but wanted the CBI to follow its own crime manual.

However, every now and then, government after government has misused the CBI to enhance its own political goal, as it happened in the 2G scam case, where CBI delayed the case for almost a year till the Supreme Court ordered to expedite the probe.

'Strongest point of CBI is overlapping role of its units' 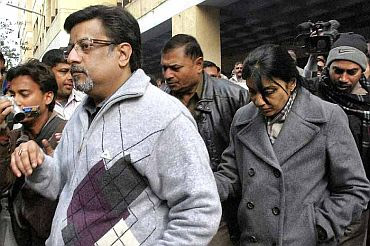 While Team Anna wants the CBI to be brought under Lokpal, the government and CBI are vehemently against it. They say there is no watertight compartment between various wings of the CBI. "One of the strongest point of CBI is overlapping role of its units which enables organising country-wide raids," the CBI director told members of Parliament.

Also, CBI argues that how can Team Anna take away only the anti-corruption wing and leave behind rest of departments? In cases like that of Harshad Mehta, Naval war room leak, murder of Dr Sachan in Uttar Pradesh and the Telgi case of sale of fake stamps, where anti-corruption case turned into economic offenses and many economic crimes turned into cases of criminal misconduct.

Therefore their argument is that it is impossible to divide the CBI. "If you take out anti-corruption wing of the CBI and merge it into Lokpal then the 70-year-old vast institution will be left only with cases like the Aarushi murder to investigation and prosecute," said a senior officer.

They, also argue that if Lokpal will start its own investigation wing it won't be easy to staff it. CBI has a huge advantage in having a rigorous process to induct officers.

"This advantage will be lost if anti-corruption wing of CBI is separated and subsumed in Lokpal." Also, they argue, that practically it's not possible to transfer CBI to Lokpal because from the day it becomes functional it will be burdened with approximately 7200 cases that are under trial. Consequently, trial of these cases is likely to suffer.

'Lokpal will take a decade to develop expertise that CBI has' 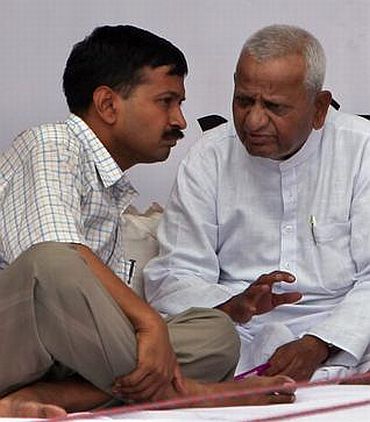 CBI argues that if the severed anti-corruption wing goes under Lokpal it will not be effective without the back-up system like the intelligence unit and technical staff etc. It will take a decade or more for the Lokpal to develop expertise that CBI has to investigate corruption cases.

"There is no need for a separate investigating wing under Lokpal; the need is for synergy between CBI and Lokpal," the CBI has told the committee led by Abhishek Singhvi.

CBI went a step further and demanded that, "In order to bring this synergy between Lokpal and CBI, director CBI should be made an ex-officio member of the Lokpal." But, obviously, that is unlikely to happen because the CBI director belongs to the Indian Police Service. The IAS lobby that plays a part in drafting the bill would not like an IPS member of Lokpal hovering above them.

The CBI has said that not only should the CBI director be made ex-officio member of the Lokpal, with same status and power of any other members of Lokpal, but the selection of the CBI director should also be similar to Lokpal.

Also, it wants the Lokpal to "exercise general superintendence on anti-corruption" matters through director CBI who will be part of the panel of Lokpal. CBI wants Lokpal to have all the powers to meet financial, administrative and legal requirements of CBI. It wants to continue having all the police powers to decide the course of investigation and prosecution.

In criminal cases it will "intimate Lokpal" after filing its report in the competent court. Importantly, CBI in its presentation before the committee has asked Section 6-A of Delhi special police establishment act, to initiate enquiry and investigation against joint secretaries and above, to be shifted to Lokpal. Right now, that authority is with the Central government.

In short, the CBI wants Lokpal to have its work of investigation and prosecution done though CBI by giving CBI complete functional autonomy. In return, Lokpal will have powers to attach property, power to go in for appeals and revision of cases. It will also be able to appoint counsels and public prosecutors. The government is in mood to divide the "cake" of anti-corruption cases and related powers between the CVC, CBI and Lokpal.

However, Team Anna member Arvind Kejriwal has reacted very sharply to these ideas. He told a New Delhi-based daily, "Today, even CVC has supervisory powers over CBI but that amounts to nothing. The real control over CBI is exercised not by the CVC but the government, because the administrative and financial control over CBI rests with the DoPT. So if that system were to continue, it would amount to nothing," he said.

"Without CBI, Lokpal will forward complaints to CBI for investigations and forward CBI's report to court. Do we need such a clerical role for Lokpal? Did lakhs of people come on the streets for a Jokepal?" asked Kejriwal.