That's how close we are, says Obama 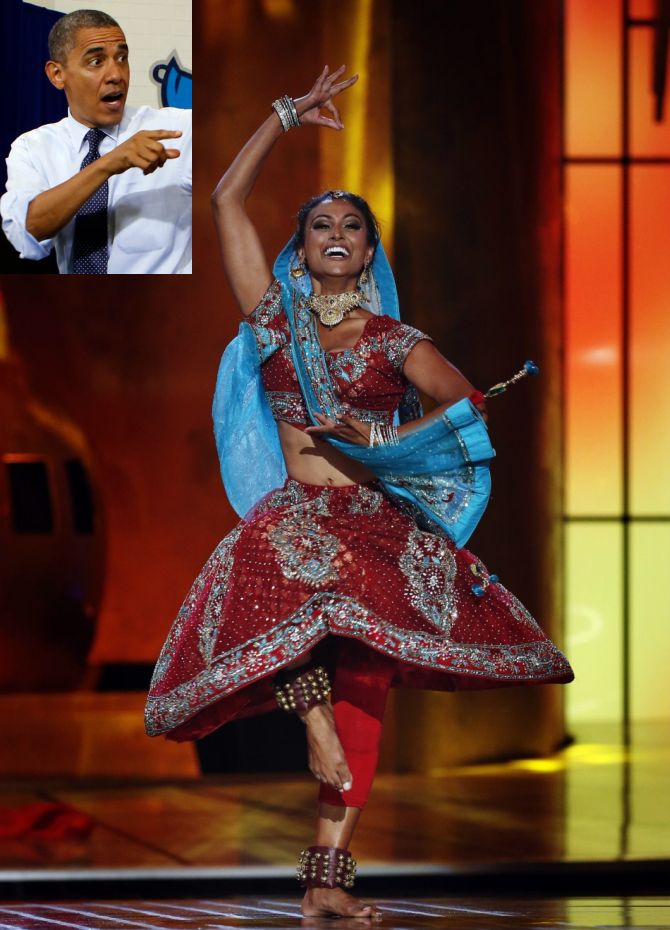 United States President Barack Obama on Friday made a reference to the new Miss America's Indian heritage as he acknowledged the role of the community in pushing for stronger relationship between the world's two largest democracies.

"The strong people-to-people relationship makes it more important for the two governments for closer ties," Obama told media persons in a joint news conference with Prime Minister Manmohan Singh in the Oval Office of the White House.

"And you know, I think all of us recognise that as the world's two largest democracies, countries that have for a very long time been invested in, you know, the peace and prosperity of their own people, that there is a natural convergence between the United States and India," Obama told a battery of reporters after his meeting with Dr Singh.

"And part of that has to do with the incredible people-to-people ties that exist. You know, Indian-Americans make extraordinary contributions to the United States every single day -- businessmen, scientists, academics," he said.

"Now Miss America is of Indian-American descent. I think it's a signal of how close our countries are," Obama said in his remarks.

Early this month, Nina Davuluri became the first Indian-American ever to be crowned Miss America.