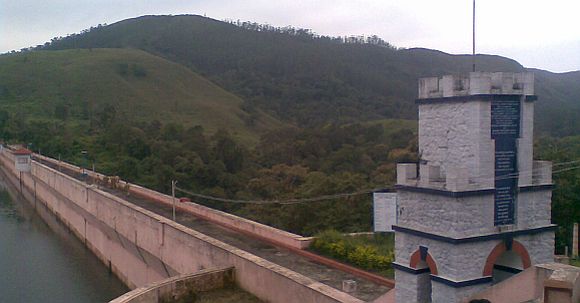 Tension gripped Lower Camp area on Tamil Nadu's border with Kerala on Saturday as over 4,000 villagers of the district took out a march protesting against alleged attacks on Tamils in Kumily in the neighbouring state in the wake of the escalation of the row over Mullaperiyar dam.

Authorities were apparently caught unawares as the protesters from more than 20 villages in and around Cumbum in the district started converging since the wee hours at Lower Camp, 48 km from Theni in Tamil Nadu. 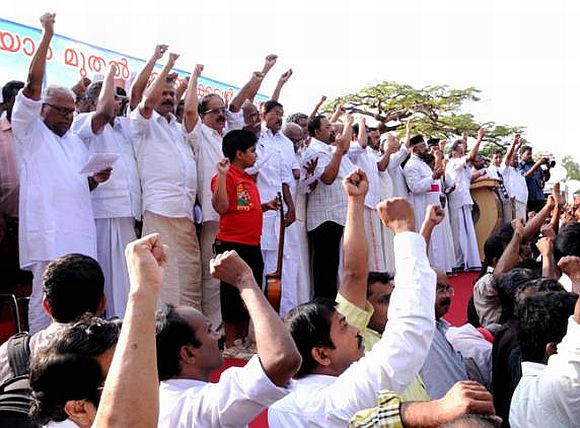 Citing alleged incidents of attacks on plantation estate workers from Tamil Nadu in Kumily belt in the past few weeks as the standoff over the dam's safety persisted, the villagers demanded proper protection for them.

"If the Kerala state is not able to protect them, we will protect them" they told the officials.

The protesters also alleged that they received information that two estate workers from Tamil Nadu were hacked to death in Idduki district in Kerala on Friday night. 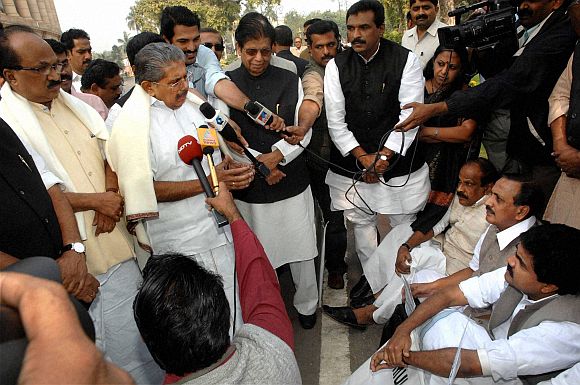 However, Theni District Collector Palanisamy said his counterpart in Idduki District has denied any such incident.

Officials said the work in cardamom estates in Kerala had been affected badly damaging the crops as Tamil Nadu workers were hesitant to go for work in view of the dam issue.

The villagers took out the march even as Chief Minister J Jayalalithaa on Saturday sought to reach out to the Kerala people, saying there was no valid reason to believe that the reservoir is unsafe and they should see through the "machinations" of vested interests and divisive forces in both states. 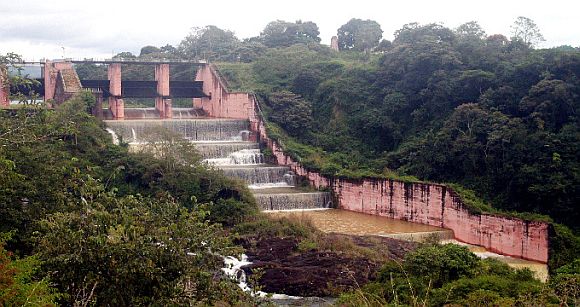 A report from Kumily said tension prevailed in the town also. Kerala police ha stepped up security and blocked the road to Tamil Nadu following reports about the march.

Additional forces had been deployed in the town where shops were asked to down shutters and the check-post at the main entry point closed to stop vehicles from either side.

According to Idukki SP George Varghese, Kerala authorities were in touch with their counterparts in Theni district and taken all steps to prevent any violence.

Though some people gathered in Kumily to counter the Tamil Nadu protesters, their plans were thwarted by police.

The situation is now under control in the area where prohibitory orders are already been in place since early this week after some untoward incidents.