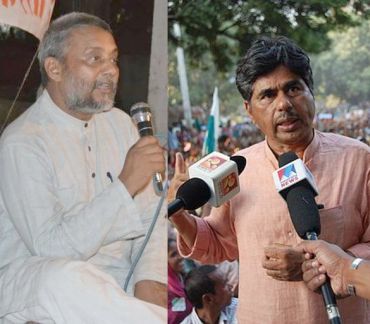 Rajendra Singh and P B Rajagopal, former aides of activist Anna Hazare and disgruntled members of Team Anna, tell Sahim Salim why they have walked out of its core committee

Though Team Anna has downplayed the rift within the group, they cannot deny the fact that several members of activist Anna Hazare's A-Team don't see eye-to-eye on a number of issues.

Hazare's recent dig at lawyer Prashant Bhushan -- also a member of Team Anna -- over his controversial views on Kashmir, indicates that the rift is getting wider.

Hazare had also rebuked his lieutenant Arvind Kejriwal when the latter stated that the activists were above Parliament.

This is probably the reason why the two key Team Anna members who quit -- Magsaysay award winner Rajendra Singh and Gandhian P B Rajagopal -- refer to the positive aspects of the anti-corruption movement in the past tense.

'The movement has taken an ugly turn' 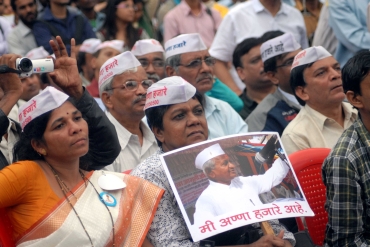 Image: A rally in support of Anna Hazare

"It was a very good movement but now it has taken an ugly turn," Rajendra Singh, also known as the 'waterman of India' due to his work in the area of water conservation, told rediff.com.

"I say 'was' because it (Team Anna) has started playing party politics. This was a movement against corruption but events in the last 3-4 days indicate it to be against the Congress party. Both in Hisar and Lucknow, they took an anti-Congress stance, which according to me was not a step in the right direction," Singh said.

In the Hisar Lok Sabha constituency, prominent members of Team Anna -- Arvind Kejriwal, Kiran Bedi and Manish Sisodiya -- had campaigned against the Congress.

'The movement should remain apolitical' 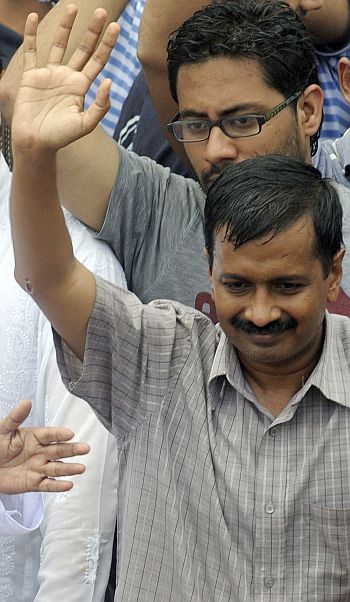 How is it possible to fight a political war without turning political, rediff.com asked Singh.

Added Singh, "They have started playing anti-Congress games. The government had promised to introduce the Jan Lokpal Bill by the winter session, but even before they could do so, Team Anna started playing party politics. This can shake any confidence we have built with the government. I don't think that was right".

"I think the movement should remain apolitical as it started out to be. They (Arvind Kejriwal and others) went to Hisar even before the Parliament could debate the bill. I thought it was not right," he said.

'In Hisar, there was no collective decision' 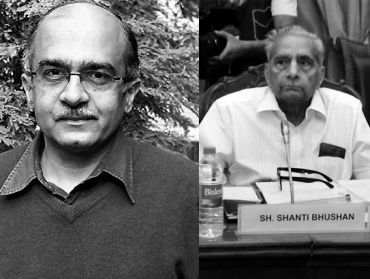 P B Rajagopal, who is the vice chairman of the Gandhi Peace Foundation and the founding member of Ekta Parishad, a NGO which focuses on the right to livelihood of displaced people, said that he was unhappy with Team Anna for not including all members of the core committee in the decision making process.

"Earlier, all decisions would be taken after due consultations with team members. In Hisar, there was no collective decision. I was not even aware (of the decision). I was unhappy owning up to the decisions made by individuals without my consultation and therefore I resigned," Rajagopal said.

'I called many times, but none of them answered' 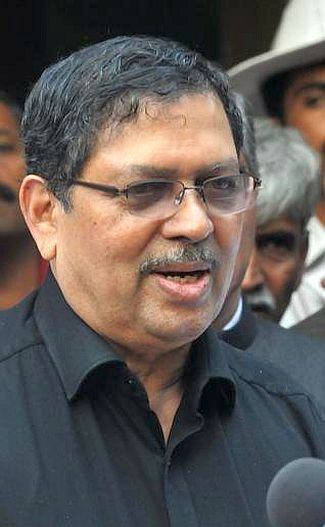 Environmentalist Medha Patkar, who is also a core committee member, said that she did not understand why the two members quit. According to her, Rajagopal and Singh were not able to give time for the movement.

When asked about this, Singh said, "How can anyone say that we have not given time for the movement? Ever since the movement was first launched in Jantar Mantar, I have been part of all their activities. Have you seen or heard me oppose any of their decisions? The only reason I quit this time is because they themselves don't have the time to listen to me. When the Hisar decision was taken, I thought I had two options -- to call and protest or quit. I called them many times, but none of them answered my call. So I quit," Singh said.

Though core team members have downplayed these resignations, one thing is clear -- the decision to oppose Congress, both in Hisar and Lucknow, has not gone down well with many key members of the movement.