'Mumbai fast an opportunity for Team Anna to collect money' 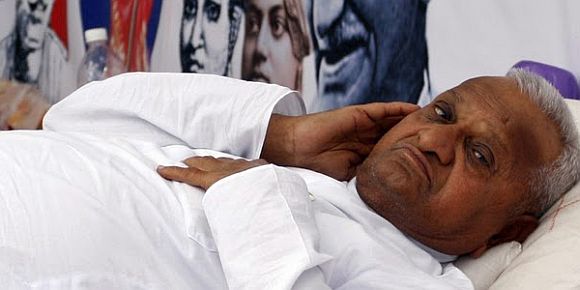 Taking potshots at Team Anna, Congress leader Digvijay Singh on Tuesday accused it of acting "dictatorial" and said it would find an excuse to oppose the Lokpal Bill no matter what the government does.

Singh, a strong critic of Anna Hazare and his anti-corruption campaign, also alleged that the proposed fast of Anna is being shifted to Mumbai not because of weather conditions but due to the western metropolis providing "greater opportunity" for them to collect money for their NGOs.

"They have a political agenda and no matter what the government does or says they would always find one way or the other to oppose," Singh told media persons in New Delhi.

Team Anna is being dictatorial 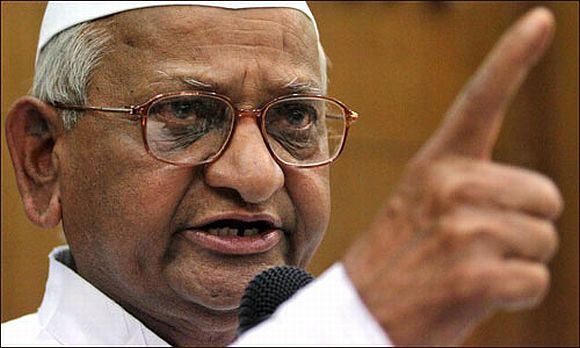 He said different thoughts and proposals have now emerged and the government has given hearing to each one of them.

Everyone should allow the "collective wisdom" of Parliament to frame the legislation, he said, adding "If something is missing, it can again be amended but this kind of a threat, that you would pass only what we have said is I think not only dictatorial but not right in a functional democracy." 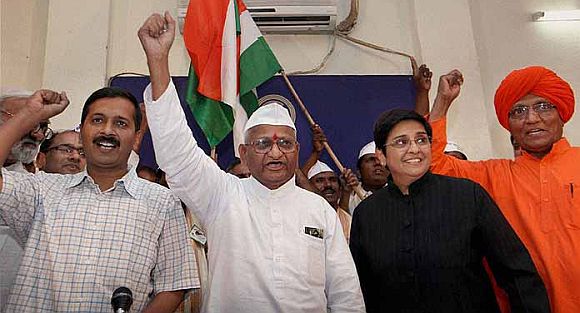 Taking a dig at Hazare's team, he said in a tweet, "Team Anna is being very cruel to Anna. I strongly protest. They all keep the 75-year-old hungry and have a gala feast at his expense".

Singh's comments came on the heels of Hazare threatening to launch fast from December 27 if Parliament does not pass Lokpal by then.

On Team Anna's decision to shift the proposed fast from New Delhi to Mumbai, he said, "Venue of Anna's fast shifted to Mumbai. Is the reason cold winter or a greater opportunity to raise funds for NGOs of Team Anna?"

Our other top PHOTO features