Team Anna conspired against me: Agnivesh 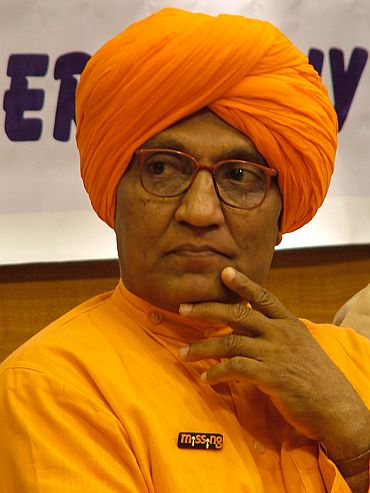 Activist Swami Agnivesh, a prominent associate of Anna Hazare, today accused certain members of Team Anna of "conspiring" against him and said because of this he decided to go his way.

"Why did they circulate the CD (in which he is purportedly telling a Union minister that government need to act tough with Hazare) on Sunday when they had it three days in advance. The timing was interesting. They released it just after the fast ended," said Agnivesh.

Asked who all were behind it, he shot back "my colleagues conspired against me. I supported them but they betrayed me... those associated with the movement, who else?"

'Circulation of the controversial video as deliberate' 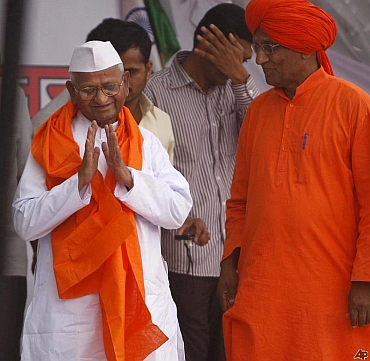 Terming the circulation of the controversial video as "deliberate", he alleged the "vicious" campaign was to "destroy" his credibility.

He said Team Anna did not even think it important to talk to him and find out about the controversial CD where he is purportedly telling a Union Minister that government need to act tough with the fasting Gandhian.

Agnivesh had earlier claimed the video footage was "doctored and concocted" and part of a "smear" campaign against him and denied he was talking to Union Minister Kapil Sibal.

Arvind Kejriwal, a key member of Team Anna, did not respond to a request for a reaction to Agnivesh's comments.

'I have great respect for Anna' 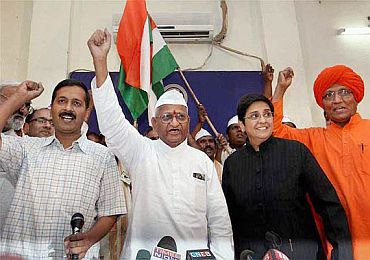 Maintaining that he has not done anything wrong and "if someone shows me where I have gone wrong, I will apologise to Anna," Agnivesh said "I have great respect for him."

In the video, Agnivesh is seen coming out of the ground floor of a building, which could not be identified, talking over phone. He purportedly tells the person on the other side that government should not concede anything and deal with firmly as they were toughening their stand whenever government is conceding something.

'I was against fast-unto-death' 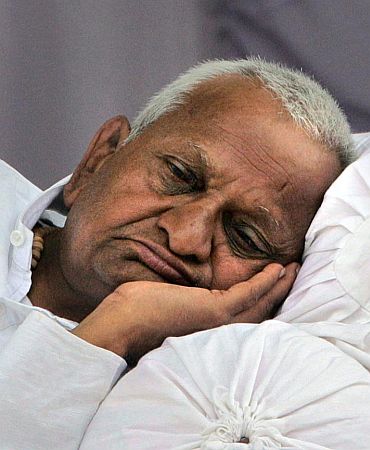 Image: Hazare went on fast for 12 days in August

Asked whether he had told Hazare to break his fast, Agnivesh said he was against fast-unto-death as he was of the opinion that the he should go for an indefinite strike.

Claiming that he differed with other members of Team Anna on continuance of the Gandhian's fast, he said that after "Parliament and prime minister appealed to Anna to end his fast, I did not see any reason for him to continue. This issue led me away from them."

Asked whether he would take legal action, he said he does not feel it was the right thing to do. "I am born with certain spiritual value. I don't want police action. I have forgiven a BJP leader who had attacked me in Ahmedabad."