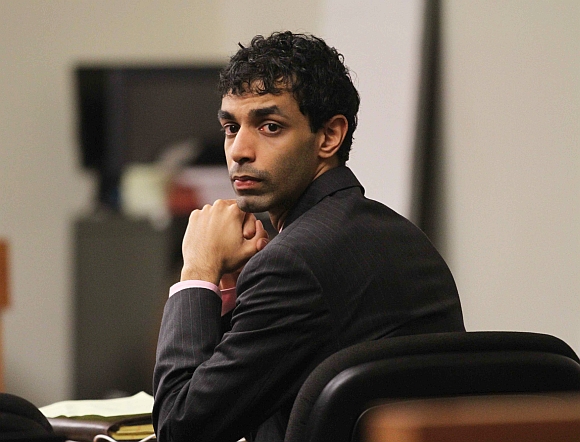 Dharun Ravi, the 20-year-old former Rutgers University student accused of using a webcam to record his roommate's sexual encounters, was a 'kid who had an experience that he wasn't ready for', his lead attorney Steven Altman told the jury in a New Brunswick, NJ courtroom on Tuesday. Arthur J Pais reports

His client, who was 18 when the alleged crime happened soon followed by roommate Tyler Clementi committing suicide, mostly sat impassively during the defence and prosecution arguments, though at times he shook his head as if he could not believe what the prosecution was telling the jury.

Ravi, neatly groomed, wore a pink shirt and a business suit. The lead lawyer also had a similar coloured shirt. Prosecutor Julia McClure asked the jury, with many jurors in their 30s, to remember Ravi's actions, which she said provided even stronger evidence than his words to prove his anti-gay bias.

He was, she said, a young man "bothered by Clementi's sexual orientation" from the very beginning. "He told high school friends before he even went off to Rutgers University, he told people in the dorm that he suspected that his roommate was gay," she said.

'This is probably the biggest day in his life' 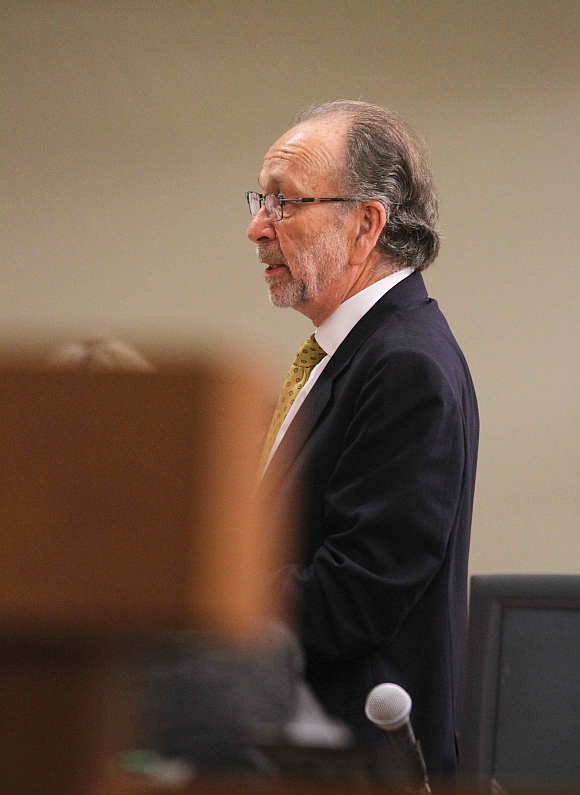 This is probably the biggest day in his life," Altman, his voice hoarse because of a nasty cold, told jurors. The summation was delayed by an hour as Altman stopped his arguments midway because of his failing voice but back in action, he laid out a case filled with an emotional charge.

Ravi is charged with 15 counts of bias intimidation as a hate crime, invasion of privacy, hindering apprehension and tampering with evidence for the alleged web-spying incidents in September 2010.

Clementi, who was openly gay, killed himself by jumping off the George Washington Bridge the day after he found out about the incidents, igniting a nationwide debate on cyber-bullying and gay teen suicide.

Altman told jurors how Clementi asked for a room change on September 21, 2010, after discovering that Ravi had spied on him, then complained to a Rutgers resident assistant Raahi Grover, but declined the offer to stay with him for the night.

A short time later, Clementi, 18, met the male guest known only as MB in his dorm room, the third time in a week. The guest, a man in his early 30s and who had befriended Clementi through a gay website, had visited for a romantic tryst.

"Would anybody who was being intimidated, scared, in fear, concerned with their privacy continue with any behaviour where he knows ... his privacy is going to be violated?" Altman wondered loud.

"But no, he (Clementi) goes back to his room, commences texting his male guest," Altman said. If Clementi truly felt intimidated or feared his roommate, Altman asserted he wouldn't have invited the man -- who is the other victim in the case and referred to only as MB -- over for a third time, he said.

Dharun is a 'scared kid': Altman Altman called that sequence of events one of the most important points for the jury to consider because it goes to Clementi's state of mind, and to Ravi's intent.

Ravi, who turned down two plea offers, is not charged in Clementi's death. He came to America with his immigrant parents when he was very young and speaks with an American accent without a trace of Tamil, his first language.

He faces 10 years in prison if found guilty of invasion of privacy and hate crime. He could be then deported to India after serving a few years in prison. But an appeal against the conviction is assured, family members suggest.

McClure reminded the jurors that Ravi spied on his roommate via webcam, told multiple friends what he'd seen via Twitter, instant message and text message, invited others to also view Clementi with another man. She said, referring to an interview the police conducted soon after Clementi's death, that Ravi lied to police and tried to cover his tracks by deleting messages.

Before MaClure's summation, Altman said Ravi, who had lived with his parents a few miles from the campus before he sought a dorm room, was a "scared kid" who was confused when he saw something "shockingly surprising" on his webcam.

'There is no ugliness in the defendant's heart' 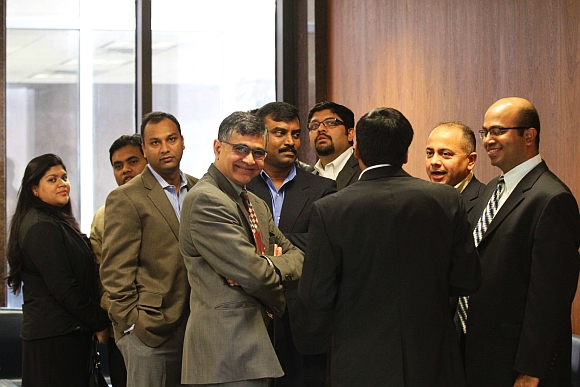 An 18-year-old boy, a kid, a college freshman had an experience," Altman said in a low voice fighting his throat irritation, "had an encounter that he wasn't ready for, that he didn't expect, that he was surprised by, and didn't know how to deal with it because he was a kid."

Altman also argued that when Clementi invited MB to his room and asked for privacy from Ravi, the latter thought Clementi was having a friend over. And when he saw an older and disheveled man, Ravi worried about his iPad and electronic equipment in his room.

"If there's ugliness in Dharun's heart, whether it be towards gays or Tyler?" Altman asked the jury, "Is there a text? Is there an instant message? Is there an email? Is there some witness coming forward to tell you about some terrible conversation he had with Dharun on September 20? Nothing."

"He wanted people to believe he was worried about his possessions," she said. While several of college students who testified at trial used words like "shady" and "shabby" to describe MB's appearance, none had seen them himself, McClure said.

MB, who turned up in the court was well-groomed and was not fat at all.  Only Ravi and Rutgers student Cassandra Chico saw him in person. Chico testified that "she didn't think he was anything exceptional, anything out of the ordinary," McClure said.

About the other comments, McClure added, "That information comes from one person; and that person is the defendant."