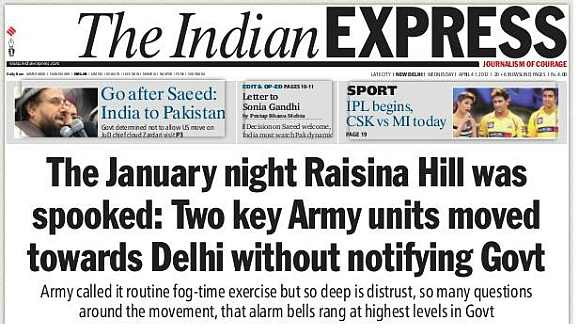 State and society are apathetic. But military contempt for civilian authority is a real danger, too, says Harsh V Pant

Whether or not unexpected troop movements around Delhi in January, on the same day that the army chief took the civilian authorities to the Supreme Court, "spooked" the government to the extent that it was reported in The Indian Express is a matter now for the historians to sort out.

But what cannot be denied is that the relations between civilians in government and the military are at an all-time low, and the trust deficit is widening by the day. Yet, instead of initiating serious dialogue, the Indian government's response has been full of banalities, with the prime minister talking in the abstract by emphasising that nothing should be done to "lower the dignity" of the office of the Army chief, and the defence minister asserting "confidence" in the "patriotism of the armed forces".

What do these statements actually mean when the entire edifice that rests on the civil-military balance in India seems to be in turmoil? Much as in other areas, the United Progressive Alliance government seems to be callously abdicating its responsibility, the costs of which will be borne by the nation long after the present set of actors have exited the stage.

Though it might be tempting to view the present turmoil as a function of personalities, something much more substantial is at stake here. More than ever, the balance between the Indian State, Indian society and the nation's military institutions is out of kilter.

This can have grave implications if the equilibrium is not promptly restored, because only nations which are successful in evolving a properly balanced pattern of civil-military relations succeed in their search for security; those who fail merely end up squandering their limited resources, and put at risk their national security.

The Army is witnessing unprecedented turmoil 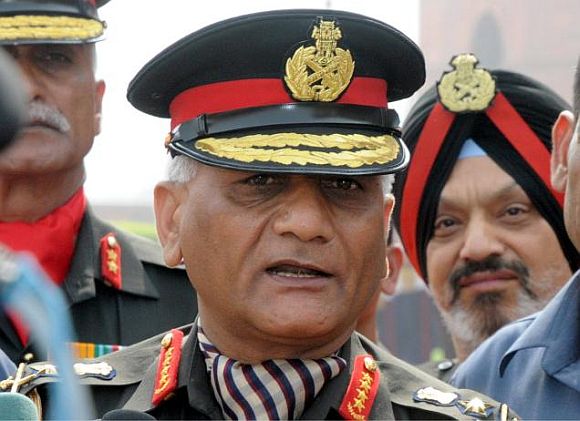 A State makes a sacred contract with its soldiers: that while they will lay down their lives when called upon to do so, the nation will take good care of their and their families' needs to the extent its resources would permit.

This contract underpins the very survival of a nation, as when its territorial integrity and political independence are under threat, the nation looks upon the only instrument that can protect it -- its armed forces. While all governments have to look for a considered bargain between their commitments and power and between power and resources, a responsible government will always be aware of the serious implications of not spending adequate resources on defence.

It remains a fact that, unless adequate provisions are made for defence, no State will be able to pursue its developmental agenda. This is much more important for a country like India that faces a unique security environment with two "adversaries" straddling it on its borders, problems on all sides of its periphery, and rising internal turmoil.

As the international relations theorists have long argued, politics among nations is conducted in the brooding shadow of violence. Either a State remains able and willing to use force to preserve and enhance its interests, or it is forced to live at the mercy of its militarily powerful counterpart.

Indian society, meanwhile, remains largely apathetic about defence issues. It makes Kargil into a television spectacle, an opportunity for journalists to try to show off their temporary bravery by going to the frontlines for a few hours and getting the excitement of covering a war from the inside.

And then when it is all over, when the soldiers have been interred, society moves on to new and more exciting spectacles -- to song-and-dance reality shows and saas-bahu sagas, oblivious to the everyday struggles of the nation's soldiers on the frontlines.

Shunned by the larger society and ignored by the State, Indian armed forces today are witnessing unprecedented turmoil and dissatisfaction. Such turmoil within the ranks of any nation's armed services should be a cause for concern; but, in the case of an India that aspires to join the ranks of the world's great powers, this is a recipe for disaster.

India has no independent civilian expertise on defence issues 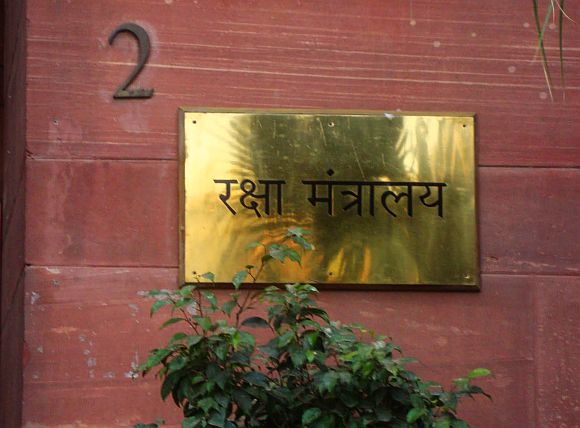 There is a broader issue here about the Indian military's growing disdain for their civilian masters and about their knowledge of defence issues. The Indian political class lacks any substantive understanding of the role of force in the pursuit of national interests and projecting national values.

Moreover, no independent civilian expertise on defence issues is present in India. One can find students writing their doctoral theses on Mongolia's foreign policy or domestic politics in Belize, but hardly any research is encouraged on defence-related issues in Indian universities.

As a result, one finds ex-servicemen monopolising the discourse on national security and defence issues. They should certainly have an important voice on these matters -- but it should not be the only voice.

Yet, it is not entirely clear if the top leadership of the armed forces is really up to the task of harmonising the growing imbalance in civil-military relations. The present Army chief's unprecedented step of taking his own government to the Supreme Court on the issue of his date of birth and then his clumsy media-centric handling of the alleged bribe offer to him has demonstrated once again how personalities continue to drive our national security set-up.

While the Indian armed forces have often complained of the politico-bureaucratic nexus thwarting the rights of the defence services, the behaviour of the top leadership of the armed services is in danger of being perceived as increasingly petty and bureaucratic itself.

Onus is on the armed forces leadership 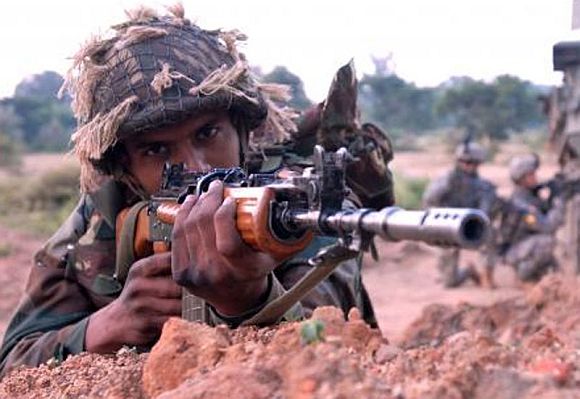 Blaming the government for all the ills afflicting the defence sector seems to be becoming the default position within the ranks of the military. Taking this too far can be really dangerous for the liberal democratic ethos of this nation.

The State is responsible for the allocation of resources among important societal values -- of which military security is but one. Moreover, Indian armed forces need fundamental reforms, a restructuring that enables them to operate with the greatest possible efficiency in a rapidly-evolving domestic and global context.

Amid all the hoopla surrounding corruption in the defence sector, it is important to remember that India is losing some precious time by continuing with a defence policy that remains mired in a time-warp.

And the onus is on the armed forces leadership to give Indian defence policy a new direction, a trajectory that does justice to India's rising stature in the global inter-State hierarchy.

The military exists to serve the State; but a military that lacks societal prestige and the attention of the State will not only endanger the security of the State, but will also pose a challenge to the liberal societal values that we so love to espouse.

It has become imperative now to get the balance between the Indian State, society and its military institutions right if India is to avoid the high costs that will inevitably follow if the present turmoil persists. A real dialogue needs to start now.