Shame we spend money on weapons: Bilawal after India visit 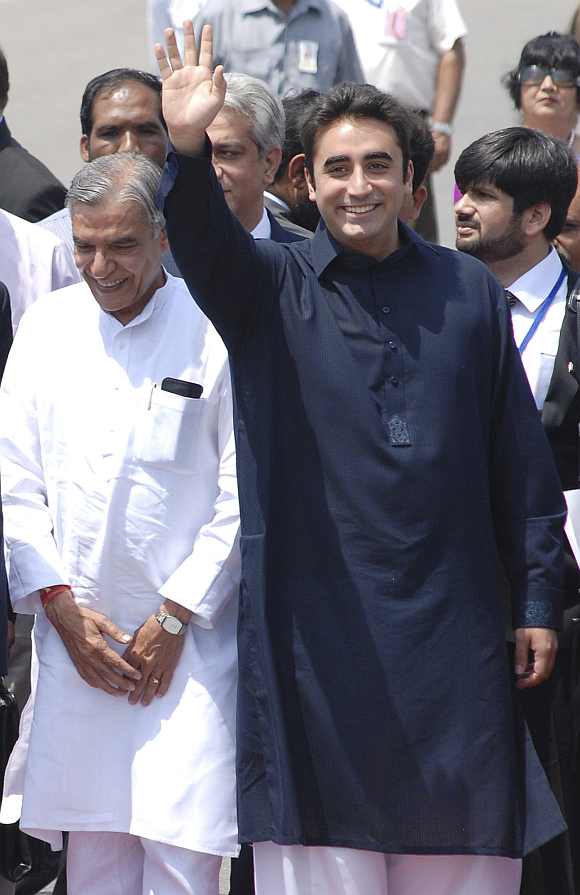 Pakistan People's Party chief Bilawal Bhutto Zardari took to Twitter to express his feelings about his first visit to India, saying it was a "shame" that the two countries were spending money on weapons at a time when many people on both sides of the border were living in poverty.

Bilawal, 23, who joined his father, President Asif Ali Zardari, on a day-long private visit to India, wrote on the micro-blogging site, "It is such a shame (that two) countries (where) such large segments of our population live in desperate poverty must spend so much on weapons."

Bilawal expressed his views on nuclear weapons, saying the atomic arsenal of both countries were adequate to "destroy each other multiple times over". He added, "Surely just once would (be one) time too many".

'India, Pakistan should heal each other' 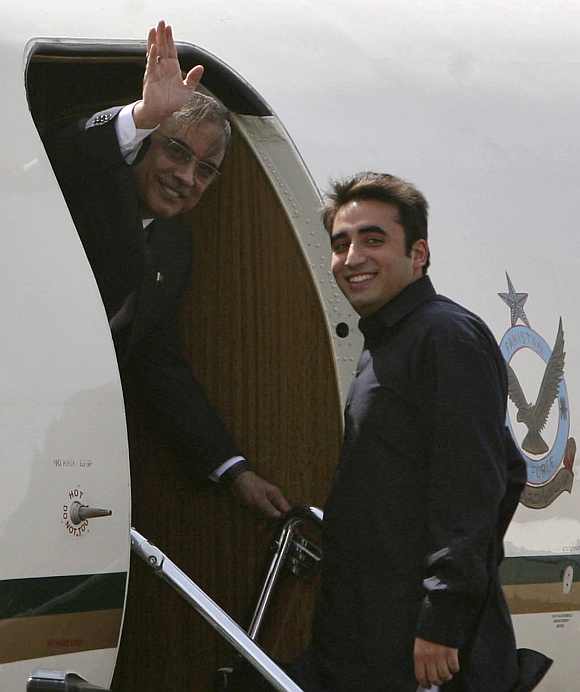 The two countries should instead invest in education, healthcare and business so that they could trade, "teach each other" and "heal each other", he wrote.Earlier in the day, Bilawal announced his arrival in India by tweeting, "(As-salam-o-alaikum India, Peace be with you. I have just landed in Delhi. 1st ever visit."

'With Rahul and PM Singh...Much to learn from each other' 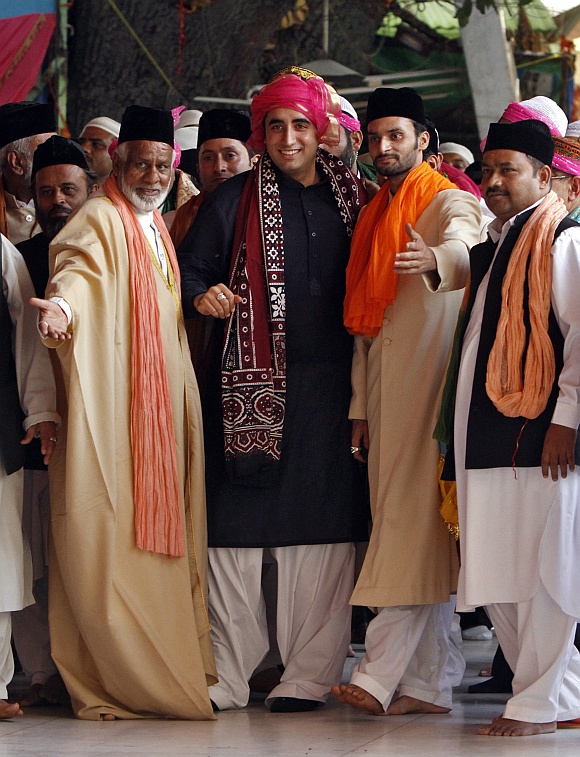 Following a meeting between President Zardari and Prime Minister Manmohan Singh over lunch, Bilawal tweeted that his father and he had enjoyed the lunch "with Rahul Gandhi and PM Singh. Lovely meal. Much to learn from each other".

After a visit to the famous Sufi shrine of Khwaja Moinuddin Chishti at Ajmer, Bilawal wrote that he had offered a "special prayer for our brave soldiers who lost their lives in the Siachen avalanche tragedy".

At least 135 people, including 124 Pakistani soldiers, were buried under snow after an avalanche hit a battalion headquarters in the Siachen sector on Saturday.

Rescue teams have found no signs of survivors so far.Bilawal's sister Aseefa too took to Twitter to clarify that media reports about her accompanying her father to India were wrong.