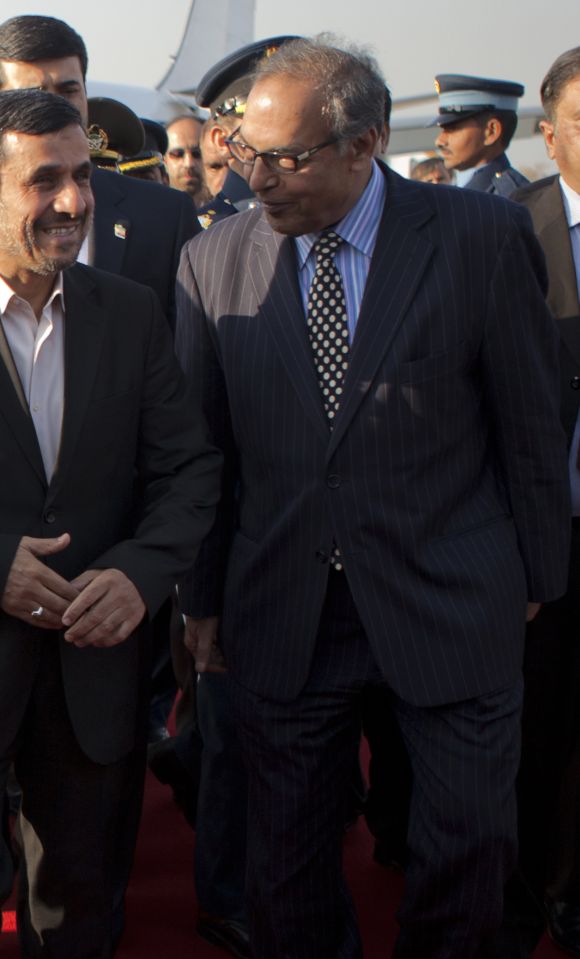 Little known Makhdoom Shahabuddin, Pakistan Peoples Party's nominee for the prime minister, is a strong loyalist of the Bhutto family and hails from a revered spiritual family in south Punjab.

Shahabuddin, 65, faces a tough road ahead as he will lead the fractious coalition government at a time when it's engaged in a tug-of-war for supremacy with both the military and the judiciary.

Born in a revered spiritual family in Rahim Yar Khan district of Punjab, Shahabuddin, who was the Federal Textile Minister under Prime Minister Yousuf Raza Gilani, started his political career with Pakistan Muslim League-N in 1988 when he unsuccessfully fought the National Assembly elections.

His father Makhdoom Hamiduddin Hakim Suhrawardi was among founding members of PPP and a close aide of former President Zulfiqar Ali Bhutto.

Shahabuddin later joined PPP under Benazir Bhutto's leadership and served as her finance minister during 1993-96 after winning a national assembly seat from Rahim Yar Khan.

The senior PPP leader, who belongs to the Seraiki belt in the southern part of Punjab province, also held health portfolio in Gilani's cabinet since 2008. Shahabuddin's appointment to the top post is also significant in view of the PPP's plans to carve a new province out of the southern part of Punjab.

Last year, Shahabuddin was tipped to be sworn in as the foreign minister but lost the race to Hina Rabbani Khar.

Like Gilani, Shahabuddin belongs to the spiritual family that is revered and is the custodian of the mausoleum of the Sufi saint Shah Rukn-e-Alam in Multan.