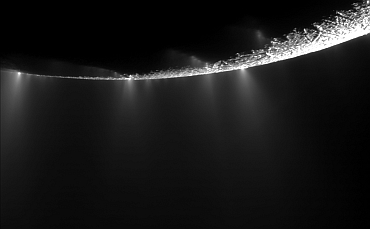 Planetary scientists claim they have finally solved a 14-year mystery by discovering the source of the water in Saturn's upper atmosphere. A team, led by Paul Hartogh of Max Planck Institute for Solar System Research in Germany, says that the Herschel space observatory has found that giant jets of vapour from the planet's moon Enceladus are responsible for Saturn's water.

The latest discovery around Saturn has revealed that the planet's sixth-largest moon Enceladus is covered with ice and is providing water to Saturn, creating a rain-showering halo, the International Business Times reported.

The water vapours are visible as tiger-like stripes of gas and ice that escape at the southern pole of the moon and become a main water-source vapour for Saturn's upper atmosphere, say the planetary scientists.

In fact, the ring is 10 times greater than Saturn's radius, and Enceladus continues to feed the ring of water vapours during its orbit. The findings also show that Saturn's moon is the only one which carries influence in regard to the chemical composition toward its parent planet, says the team. 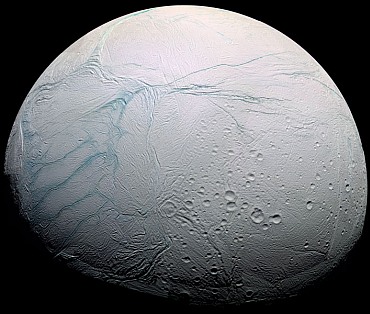 "There is no analogy to this behaviour on earth. No significant quantities of water enter our atmosphere from space. This is unique to Saturn," said team leader Paul Hartogh, a project scientist from the Max Planck Institute.

In fact, Enceladus consists of icy geysers that release water into space, forming a donut-shaped region. Only a small percentage of water from Enceladus actually reaches Saturn while the rest freezes or falls onto nearby moons.

Due to the incremental amount of water entering Saturn's lower levels, clouds are not observable after it condenses. The result of water landing on Saturn produces carbon dioxide, say the scientists.