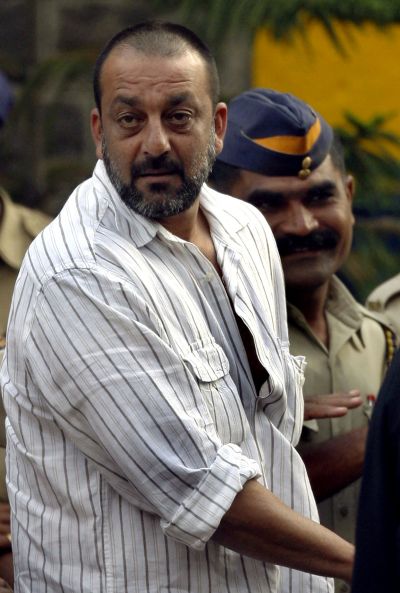 A bench of justices B S Chauhan and Dipak Misra refused to hear the plea of a film producer, who sought more time for Dutt to surrender in order to complete two films which are under production.

Dutt, who was convicted under the Arms Act and was sentenced to five year jail term, is supposed to surrender before jail authorities on May 16 to undergo his remaining jail term. He has already undergone one-and-a-half-year jail term.

Earlier on May 10, the apex court had dismissed Dutt's plea seeking review of its judgement on his conviction and five-year jail term. 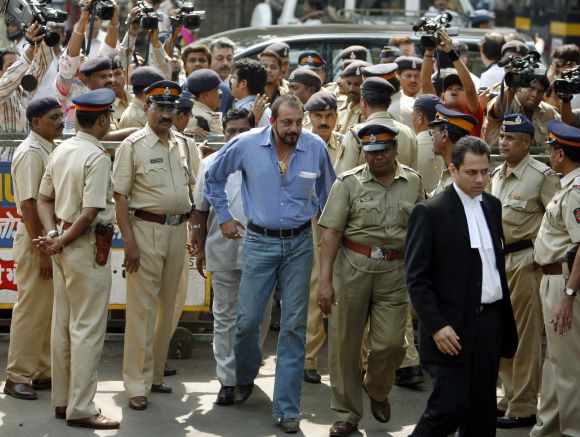 Image: Sanjay Dutt, escorted by policemen, follows his lawyer as he arrives at a special court in Mumbai
Photographs: Punit Paranjpe/Reuters

The apex court had on March 21 upheld his conviction in the 1993 Mumbai serial blasts case which it said was organized by underworld don Dawood Ibrahim and others with the involvement of Pakistan's ISI.

However, the apex court had reduced to five years the six-year jail term awarded to Dutt by a designated TADA court in 2006 and ruled out his release on probation, saying the "nature" of his offence was "serious".

Dutt was convicted by the TADA court for illegally possessing a 9 mm pistol and an AK-56 rifle which were part of a consignment of weapons and explosives brought to India for coordinated serial blasts that killed 257 people and injured over 700 in 1993.